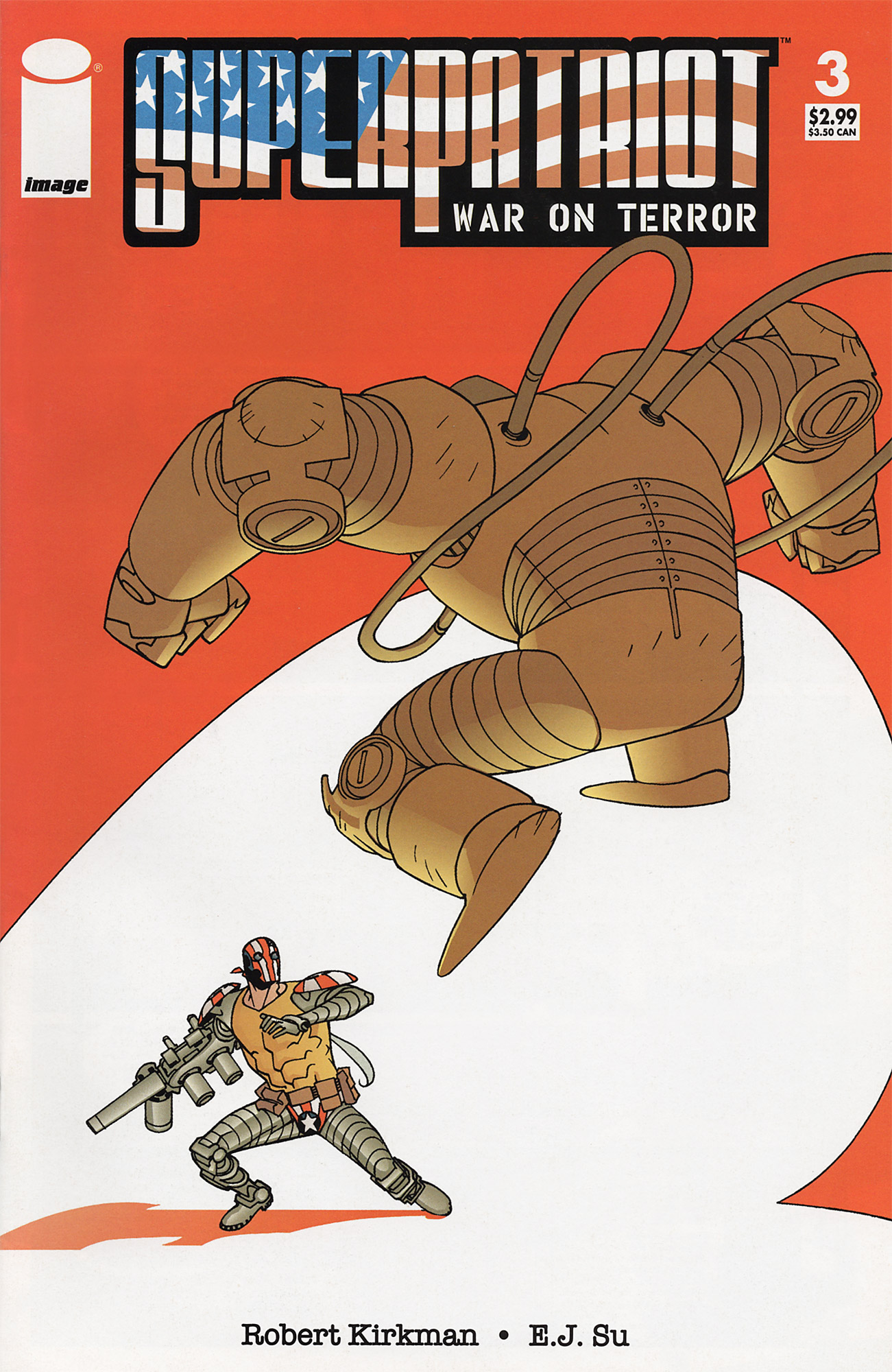 Past:-
Firebreather
Skybound:
Past:-
Invincible

At the White House, the President of the United States is informed that Skokie, Illinois has been invaded by a previously unknown terrorist organization. Dragon is sent for but the President is reminded that he is already in Denver, Colorado dealing with a situation involving the Gods. It is then that SuperPatriot is brought up and word is sent for him to be deployed.

Sometime ago in the Vicious Circle stronghold of Gaylord Manor, an army of heroes had been assembled to destroy the criminal organization. SuperPatriot witnessed the brutal murder of Liberty & Justice at the hands of Baby Killer. He tried to avenge their deaths but the super-freak’s invulnerability allowed him to shrug off all of the hero’s weapons. When a power nullifier was activated, SuperPatriot could finally harm his opponent. He repeatedly fired at Baby Killer’s head until there was nothing left but a crater in the ground and a lot of blood.

This recollection is told to Baby Killer’s widow and she demands that he be put on trial for murder, something that SuperPatriot refutes as he was merely defending himself. This argument is interrupted by Jake Farrell who informs the hero that there are important matters for him to deal with. The government will sweep this case under the rug in exchange for the hero’s assistance. He immediately agrees and boards a helicopter to take him back to his apartment.

SuperPatriot enters his home to quickly get something to eat and to change into his costume but his wife stops him. Claire Bono announces that she is ovulating and takes her husband into the bedroom to have sex in the hope that they will conceive. SuperPatriot ensures that he finishes swiftly so that he can continue on with his mission.

As the helicopter travels from Chicago to Skokie, one of the soldiers onboard grows nervous as this will be his first time going into battle against super-powered foes. SuperPatriot does his best to build up the young man’s confidence assuring that everyone gets this same feeling. He suggests that he simply follow his lead and they will gain victory. A missile is suddenly seen closing in fast and it connects with the helicopter, blowing it clear out of the sky.

The Nazi forces close in on the wreckage but SuperPatriot blasts out and seeks revenge for the deaths of his soldier companions. He begins slaughtering the Nazis and vows to kill them all as he is fed up with having to deal with them after several decades. A huge number of reinforcements surround the hero but SuperPatriot is not intimidated and he simply continues to kill them. When the last man has fallen, Baron Blitzkrieg approaches and looks forward to this final showdown…