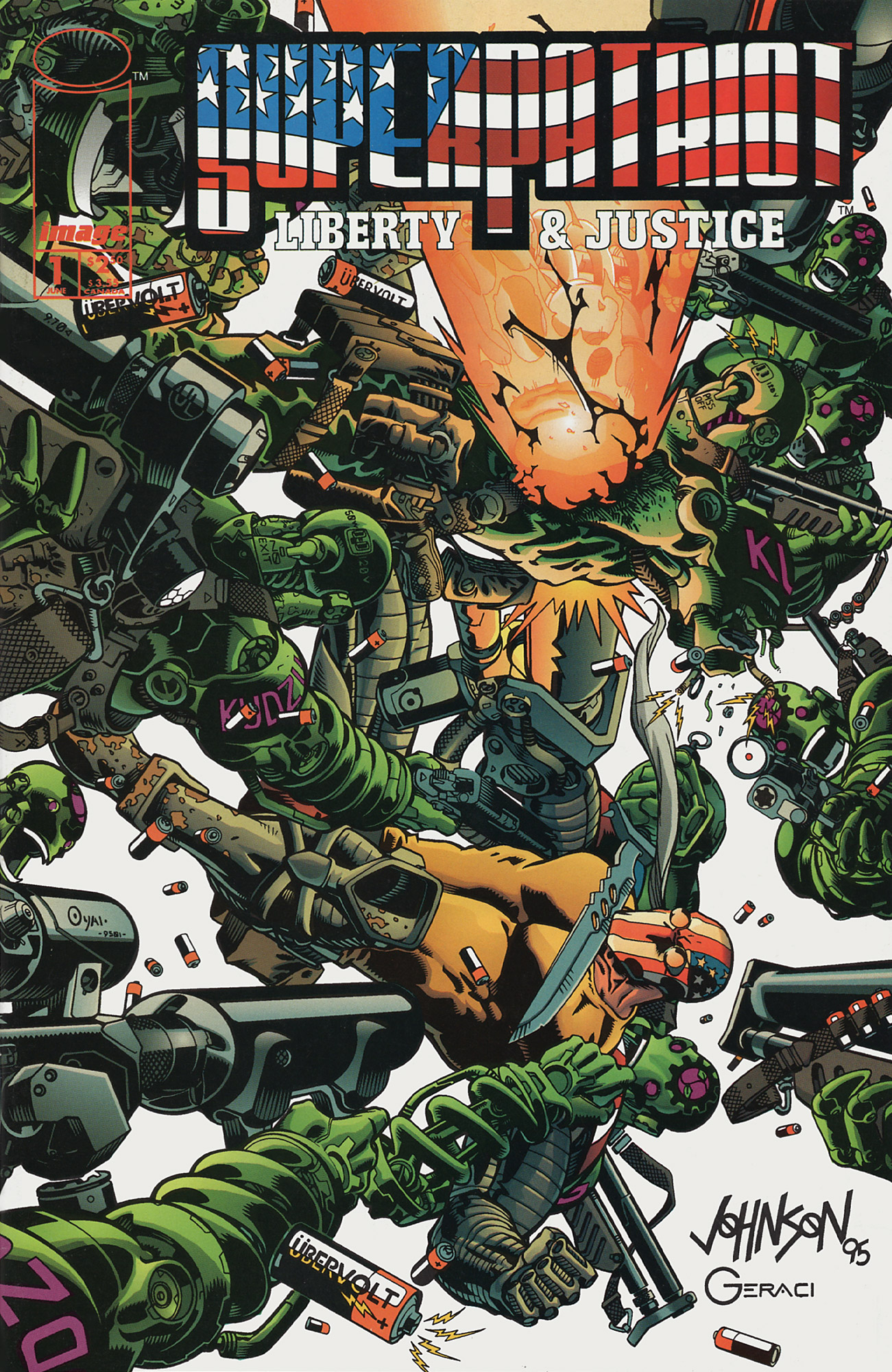 SuperPatriot finds himself caught in an ambush set up by the Covenant of the Sword as he arrives in New York City. He is attacked by numerous jet fighters and barely evades their weaponry, something that numerous innocent bystanders are not so lucky to avoid. As the collateral and property damage mounts up, SuperPatriot is able to destroy two out of three of the aircrafts before leaping aboard the final one, killing the pilot and safely crash-landing the vessel.

In an effort to receive repairs to his cybernetic limbs, SuperPatriot reluctantly goes to a government facility to call in a favor from Jake Farrell. He asks for intelligence that will lead him to the Covenant but Jake’s hands are tied due to the political connections that the organization has secured. Jake eventually agrees to pass over information unofficially so that nothing can get connected to him. The hero departs and has no idea that Jake had used him, getting SuperPatriot to go after people he himself wants eliminated but he cannot get the authorization.

Milwaukee. A pair of somewhat nervous would-be terrorists plants a set of explosives beneath an I.R.S. building in a plot to expose the organization as extortionists. They find themselves confronted by two young superheroes known as Liberty & Justice. The criminals immediately confess rather than suffering a beating at their hands and are taken into their custody. Liberty is disappointed in the level of crime they are dealing with and Justice agrees to het her plan their next mission.

Liberty leads her brother to a warehouse after receiving information from the Covenant that involves a splinter group that has formed an alliance with the Vicious Circle. Justice is uneasy trusting the Covenant but Liberty assures him that they are on the level. The siblings leap into action against the renegade Covenant agents and initially hold their own. When reinforcements begin pouring into the room, Liberty suggests that they flee.

The army of enemy soldiers corner Liberty but before they can kill her they are all gunned down dead by another new arrival. SuperPatriot steps forward and begins slaughtering the Covenant troops until he is shocked by an electrical assault from behind. Liberty leaps to defend him but is outclassed by the man who identifies himself as Clawedd van Damage. He is about to kill the heroine but SuperPatriot recovers in time to shoot him through the head.

In the aftermath, Liberty has no intention of thanking SuperPatriot and instead knocks him aside and storms off in a temper. Justice explains that his sister is only upset because they are actually his children whom he never even knew existed. Liberty has always resented the fact that SuperPatriot was not around to help raise them and feels that he abandoned their mother. Meanwhile, Jake is updated on events and is handed a file about his late sister. Rebecca Farrell was not only his sister but she was also the parents to Liberty & Justice…