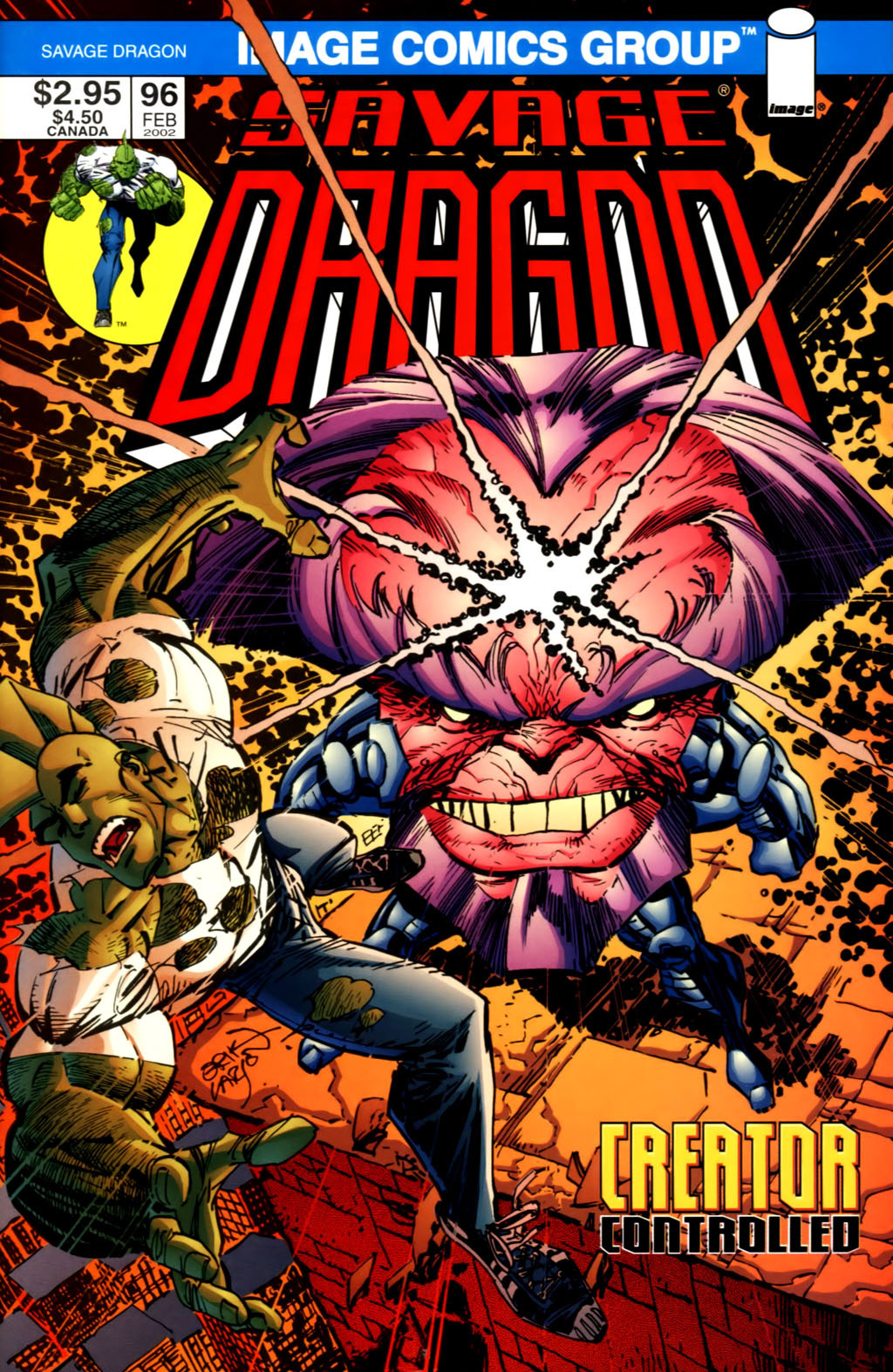 Dragon breaches the viscous fluid and emerges with Lexie Dexter in his arms and is shocked to find a number of close allies in battle against alien solders. Dragon looks over the fight scene and is surprised to find Mako is amongst the heroes. He leaps onto a hover car and notices that another humanoid seems to be trapped in one of the fluid pods. Dragon pilots his flying vessel into the pods which enables him to pull this figure free without any risk of getting trapped again.

Deathseed is enraged by the destruction caused to his property and vows revenge upon Dragon. The hero has his vehicle dragged along by tractor beams stored within the fast-packs of his allies. Dragon queries why he did not get fitted with a fast-pack but Barbaric reveals that they had not been invented when he entered the Void. This confuses Dragon but it is explained to him that he has actually been trapped in the Void for two whole years.

The heroes pass through a portal back to Earth where a feebler Rex Dexter is waiting for them alongside Frank Darling. Dragon cannot comprehend how he was possibly trapped in the pod for two so long but his thoughts are interrupted when Lexie is gripped with pain. She suddenly spews out a number of red slug creatures which leaves her hollowed out. One of the slugs bits Rex before Dragon is able to destroy them all. He undergoes a number of tests but is given the all-clear before asking over the man he rescued, assuming that it had been Lexie’s companion, Sterling Mason. Frank informs him that the man is not Sterling but an amnesiac stranger.

Dragon blames himself for failing to rescue Lexie in time but Frank comforts him, assuring the hero that he did his best. Frank then offers to take Dragon a tour of the neighbourhood so that he can witness first hand the rebuilding of Chicago. Rex is left to mourn the death of his beloved daughter as Frank catches Dragon up on the election results. He is shocked to learn that George W. Bush won and has been installed as the new President of the United States. 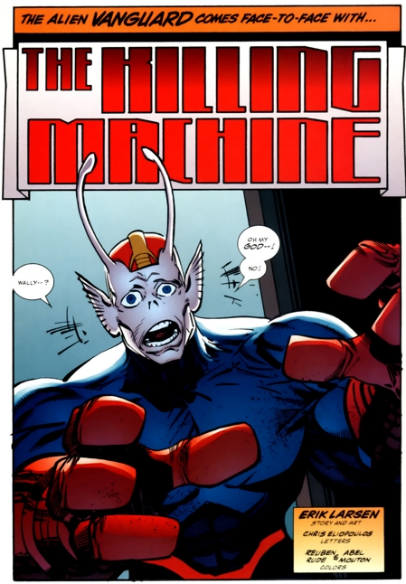 The Killing Machine
4 Pages
NOTE: This story takes place before the previous one

Vanguard is left aghast when he opens the door to CyberFace’s isolation chamber and finds the villain deceased, his head having been shot into shards. Wally explains his actions as he had felt CyberFace’s powers reaching out to him despite the room’s inhibitor functions. He points out that Vanguard had suggested that Dragon finished off CyberFace. The two friends agree on the ultimate outcome and decide to dump the villain’s corpse in the sun to be destroyed. 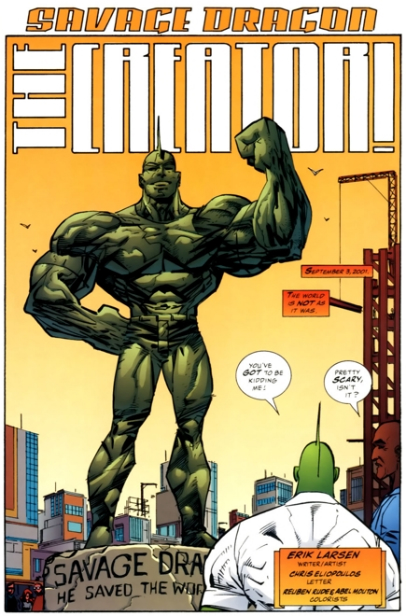 Dragon is taken aback by the sight of a statue that has been erected in his honor in Chicago, a dedication to his efforts to save the planet. He cannot get over the fact that two years has passed as it still only feels like a few hours ago that he entered into the Void. The changes that Chicago has already undergone are impressive but there are clearly lots more required.

A crowd of fans flock around Dragon to thank him for his actions and the hero is curious as to why he keeps getting referred to as “Savage Dragon.” It seems that the media added the adjective when he was missing and as he was not around to set them straight, the moniker stuck. Dragon continues his sightseeing tour and Frank reveals that Mighty Man and other heroes have been aiding with the clean-up. The Rats and Sky-Riders have been lying low but it is likely that they will return before long.

Dragon recognizes a nearby building in the section yet to undergo restoration and leaves Frank behind so that he can investigate. He falls through the ground and finds himself surrounded by the Creator and some of his super-freak followers. These creations attack Dragon and it is quite clear that they are all based on existing superheroes. Dragon avoids their attacks whilst berating the Creator for giving powers to anyone that will pay him as it is weakening the hero community. The battle causes damage to the building’s structure which then collapses down on them all. Dragon emerges from the wreckage and updates Frank on what had occurred. They depart but are unaware that they are being watched by a survivor of the Homages massacre, a copy of Dragon known as Flash Mercury.