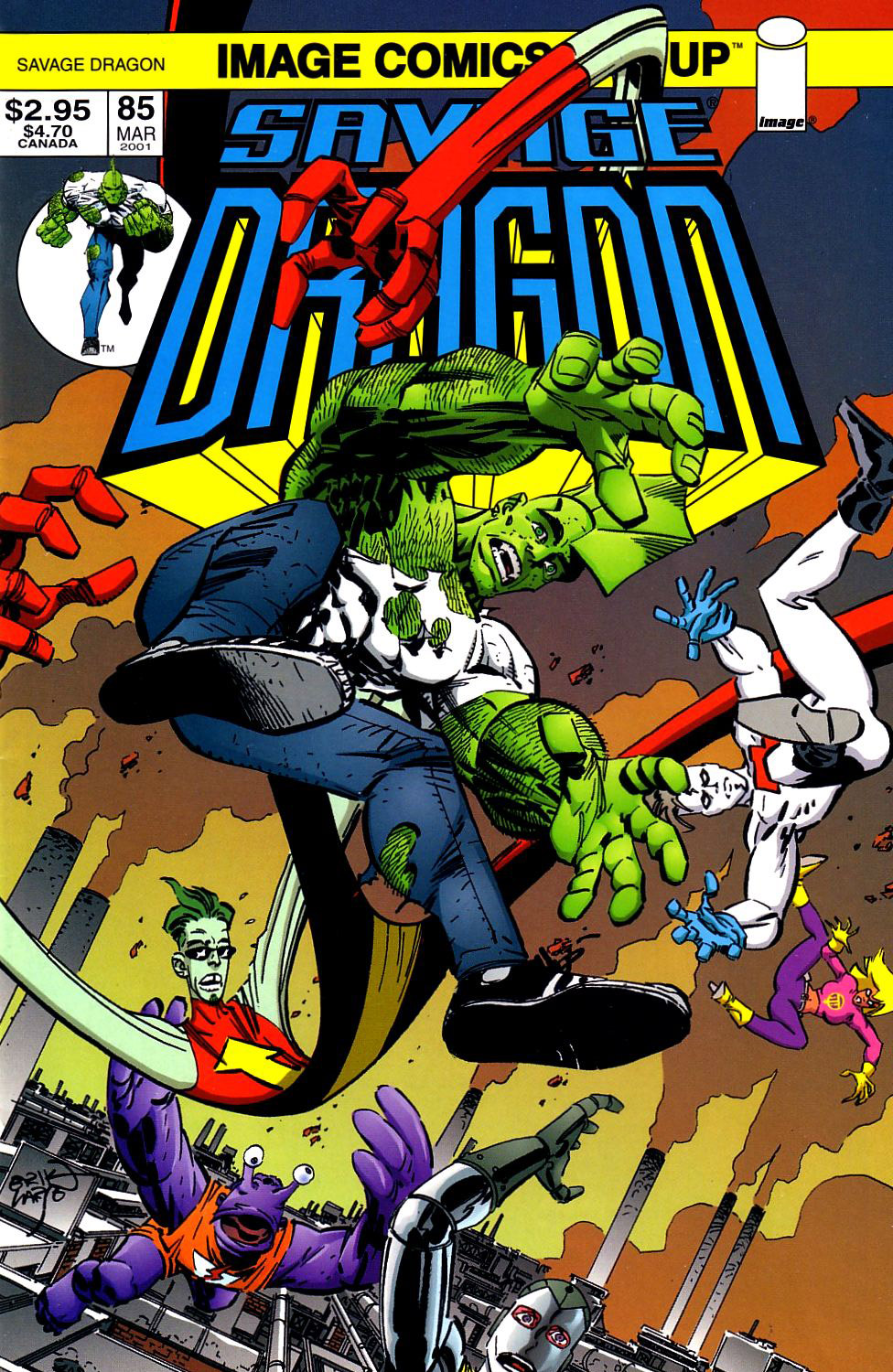 Marvel:
The Hulk
The Thing

The fleet of flying saucers hovering above Australia activate tractor beams which collect up all of the super-freaks present. Dragon maintains his grip on the unconscious BrainiApe as Mister Gum uses his abilities to wrap himself around him and the rest of the Atomics. This ensures that they all get brought aboard the same spacecraft.

This mass abduction is avoided by Barbaric and Ricochet who discuss why CyberFace took them all. It is believed that CyberFace desires to have all super-freaks under his control and that any that refuse to follow him will be executed. Horridus reveals herself as having avoided capture too and she asks if she can travel with them. The trio have no idea what they are going to do next but figure that wherever they go next will be better than where CyberFace’s prisoners are being taken.

Aboard the alien spaceship, Dragon announces that he is perfectly content to be brought back to the USA as that was his original goal in the first place. He wishes to use this opportunity to get closer to CyberFace and eliminate the self-styled King of the World. Dragon knows that this intention will mark him for death and that if the Atomics remain in his company then their lives would be endangered too. They refuse to abandon their ally and vow to assist in his assassination attempt.

Dragon accepts their offer of help before activating their vessel’s self-destruct mechanism, announcing that they will need to leave immediately. He will be leaving BrainiApe behind to perish in the explosion and then punches a hole in the saucer’s wall. Dragon leaps out and crash-lands on the ground while Mister Gum serves as a parachute for the Atomics. BrainiApe awakens just as the spaceship ignites and finally explodes, causing suspicion from the rest of the fleet.

The heroes gather together and learn that they landed in Pittsburgh, putting them in danger due to the number of cameras that will be in operation within such a large city. A number of probes are dispatched to learn the source of the downed saucer’s explosion but they are destroyed by Dragon. He then tries to get to cover before he is spotted but the local civilians react to his presence by cheering him. The Rogue Warrior launches into action when he learns of Dragon’s arrival and races to confront him.

Rogue Warrior delivers a brutal beating to the hero but the Atomics soon catch up to them and they enter the fray. This enables some of the citizens to lead Dragon away to relative safety, supplying him with a makeshift disguise. He meets an excited girl named Delphi who reminds him of Angel Murphy but is rushed off to meet an enthusiastic guide, a boy called Buster. This child then introduces Dragon to an impressive looking robot named Dave who escorts him to the outskirts of the city.

The Atomics combine their efforts to fend off the Rogue Warrior but even their powers are unable to bring down the super-freak. He eventually wears them all down and takes the group prisoner, taking them to a secure location. CyberFace’s face appears in a wall and he announces that he is broadcasting on every television station in every country. He declares that he will have the Atomics executed unless Dragon turns himself in.

Despite being very close to safety, Dragon cannot take the chance that CyberFace is not bluffing and returns to surrender. Rogue Warrior and numerous armed guards stand ready and are ordered by CyberFace to open fire. This blast cut Dragon in half and leaves his upper half plummeting down into a pit which is then ordered to be ignited. A huge plume of flames pours out and Dragon looks to have been finally eliminated. The Atomics mourn the apparent death of their ally but their sadness turns to happiness when they are reunited with Madman’s girlfriend. Joe Lombard reveals that Dr. Flem had transformed all of Snap City’s citizen’s intangible and invisible, sparing them certain death. The city is being rebuilt and the Atomics can finally return home.