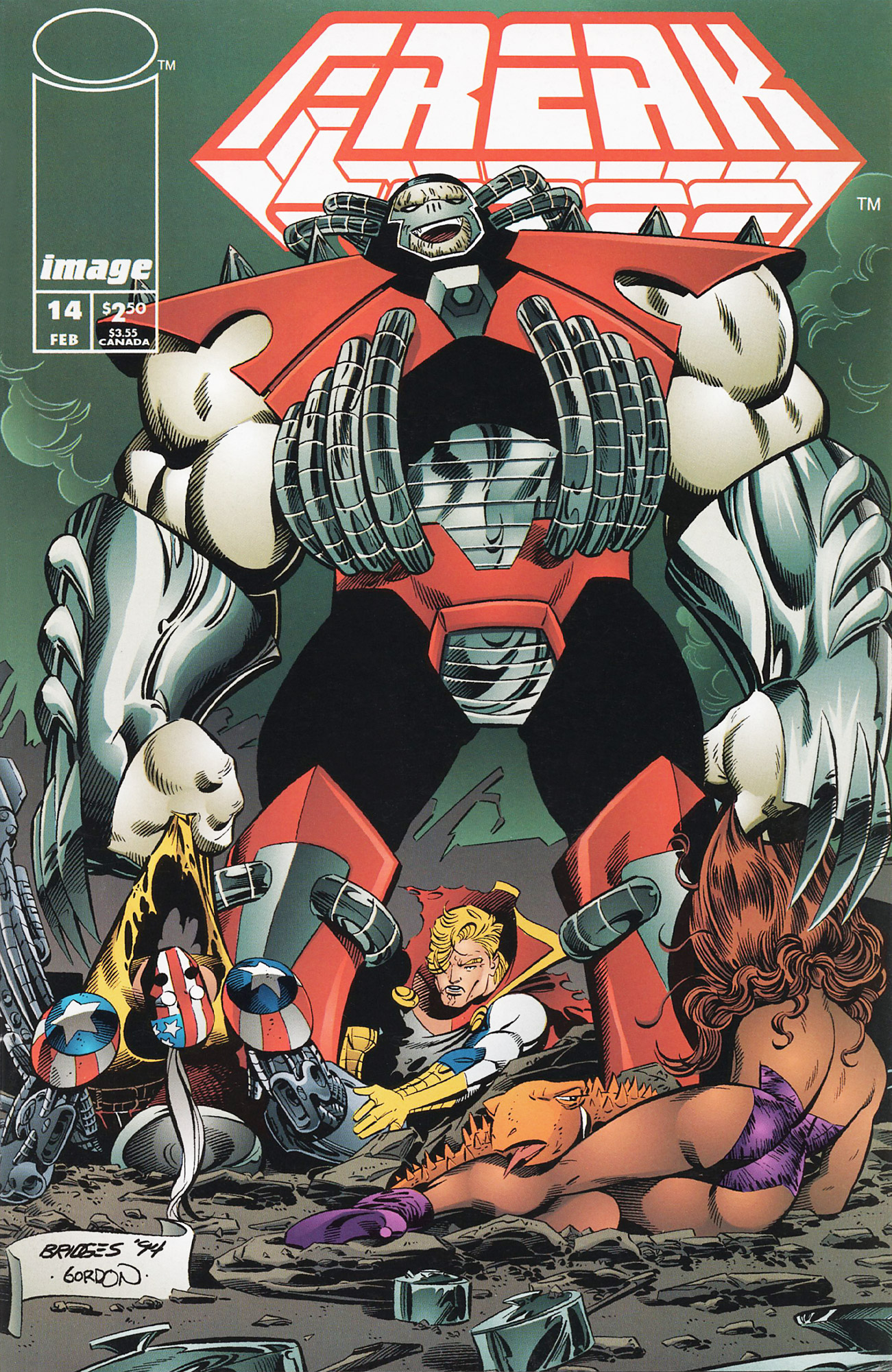 With the departure of Dart, Rapture makes a special appeal to SuperPatriot regarding him becoming the new leader of Freak Force. He has had enough of leading super-teams after his experience with the Liberty League but in lieu of another option, SuperPatriot reluctantly agrees to take over on a temporary basis. Ricochet shows her teammates the latest edition of the Chicago Voice that reveals that Dart has quit the team. Horridus notices that a sign for “Freak Factor” has been put up on the building across the street and Barbaric goes to confront them but there is no one in.

Phyllis Deeder talks with her roommate about the current state of Freak Force but she is not overly worried about the team, believing that they will cope sooner or later. Chelsea Nirvana introduces her to the Inhabiter but they then all go back to Chelsea’s real home. Phyllis is taken down to the basement where the floor comes alive to restrain her. The villains depart and leave Phyllis locked up and as she looks around the room she notices that Dart has also been captured and is pinned to the wall.

A shopping mall comes under attack by a new super-freak and Mighty Man flies over to deal with this threat. He follows the trail of death and destruction until he comes face-to-face with the person responsible called Bludgeon. This villain is the latest creation of Johnny Redbeard and he is revelling in his newfound power levels. Mighty Man is shocked when he is knocked down with ease and when he attempts to deliver a full-powered blow, Bludgeon simply shrugs it off.

Mighty Man has his arm broken before he is beaten into a coma by Bludgeon who then declares that Chicago is now his domain. The defeat of their teammate soon reaches Freak Force and they race over to the mall. The Chicago Police Department brief them on the situation before the heroes move in to confront Bludgeon. Barbaric throws some heavy items at the villain but it has no effect, prompting him to take the fight up close.

A punch knocks Rapture over but SuperPatriot tries to protect her but Bludgeon grabs hold of him and swings him into the ground. Horridus leaps at the villain but her attacks are not even felt and she just gets thrown aside. Barbaric renews his fight but a massive punch is enough to render him unconscious and make Ricochet bounce into action. As she reaches Bludgeon, Ricochet is slashed across her stomach by her opponent and leaves her gutted on the ground.

Rapture sneaks up behind the villain and unleashes the most powerful electrical discharge possible but is left disheartened by it doing absolutely nothing. SuperPatriot opens fire to draw his attention and vows to kill Bludgeon for what he has done to Ricochet. This threat is ignored and instead Bludgeon decrees that they have an hour to leave the city before he kills them all. He emphasizes his point by breaking Rapture’s leg and tearing SuperPatriot’s cybernetic limbs to pieces. Bludgeon walks away from the carnage which leaves only Horridus still standing and she is sent by Rapture to get help…