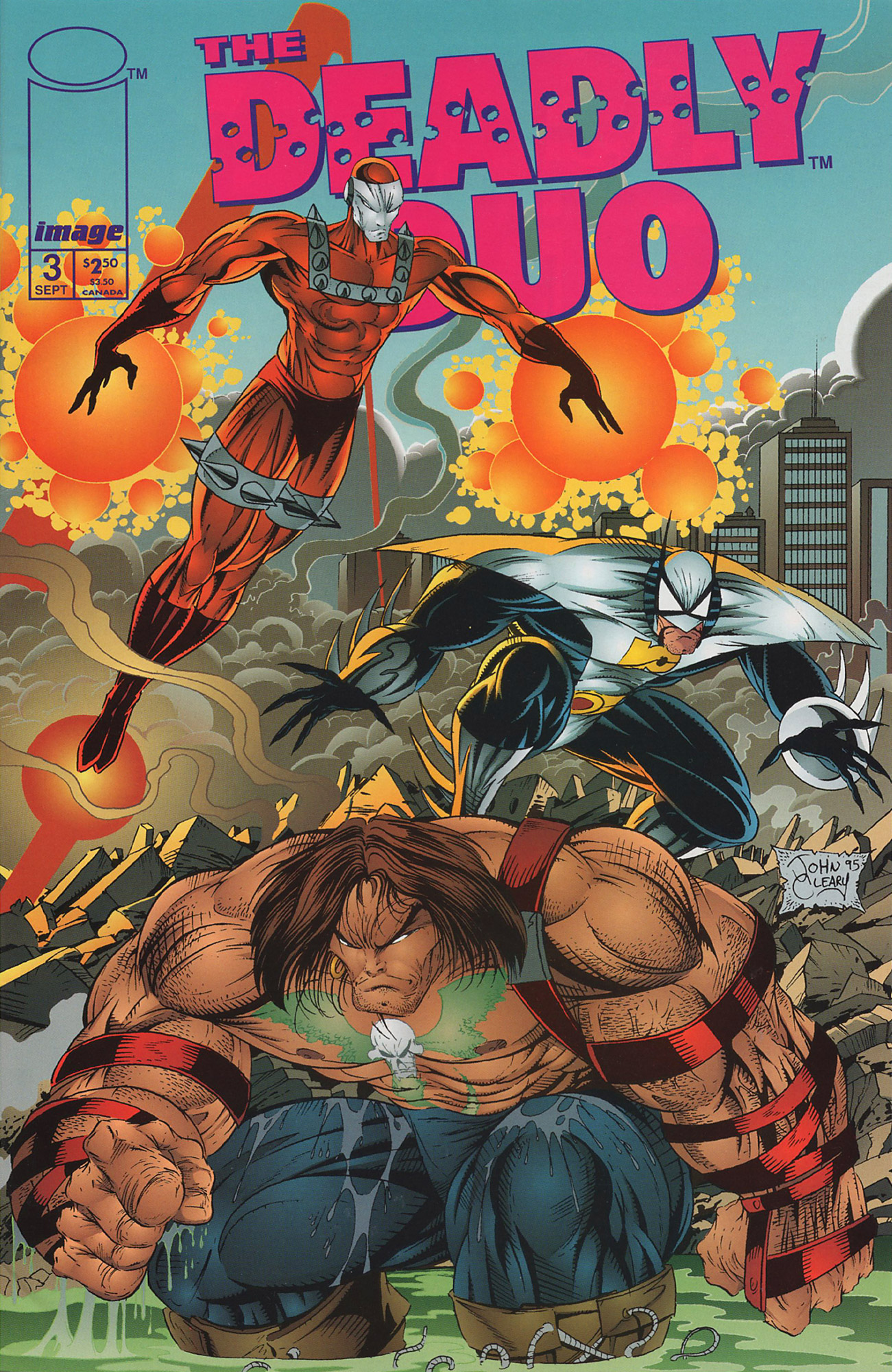 The Kid Avenger takes a toaster to a pawn shop that he sells for sixty dollars and immediately takes his cash to a store that sells authentic clothes from the 1970s. He heads home in his new outfit to try and impress Lotta Topp before showing off the clothes to Kill-Cat. The leader of the Deadly Duo had previously said that he hates anything to do with that decade. He then wonders where the Kid Avenger got the money to pay for his clothes and is horrified to discover that the toaster was sold.

Back at the pawn shop, a man walks in and purchases numerous weapons before also buying the toaster. He then heads over to the nearby bank where he begins a robbery, taking a woman named Marcia Brady as his hostage. This criminal calls himself as No-Name for now and plans to use the money he steals to hire an image consultant that will help him set up a new identity as a villain. As he looks over the bank’s vault, he starts to feel hungry and takes out some bread and powers up the toaster.

It turns out that Kill-Cat had spent millions of dollars developing this toaster and that in addition to cooking bread; it can also summon people from all over the universe and teleport them to it. This ability is stumbled upon by No-Name and he begins assembling an army of villains to assist him. The Deadly Duo tracks down the toaster and learn that its buyer is now robbing a bank. The Kid Avenger hears the name of the hostage and worries that it is the Marcia Brady from The Brady Bunch. Kill-Cat points out that that was a character in a television show but Kid Avenger deludes himself into thinking that Marcia could be a government agent and the acting role was a cover story.

As No-Name continues to recruit villainous allies, the hero Grunge is torn away from his beach volleyball game with the rest of Gen¹³. He finds himself surrounded by numerous powerful superhuman threats and reacts. Grunge absorbs the properties of the bank vault’s door and uses his augmented form to battle against the many villains. The Deadly Duo soon arrives on the scene and joins the fray, attempting to get through the army of villains so that they could reach the toaster.

Kill-Cat eventually manages to defeat No-Name and get close enough to the toaster to activate its return button, sending many of the villains back to where they came from. Absorbing Junior attempts to absorb its properties but he ends up activating the device which accidentally sends him home. Grunge would prefer to make a longer journey home rather than teleport again but Kill-Cat sends him away anyway. The Kid Avenger finally gets to speak with Marcia Brady but it soon becomes clear that she is not the person he was hoping for and she wishes to get away as quick as possible from this strange young man.