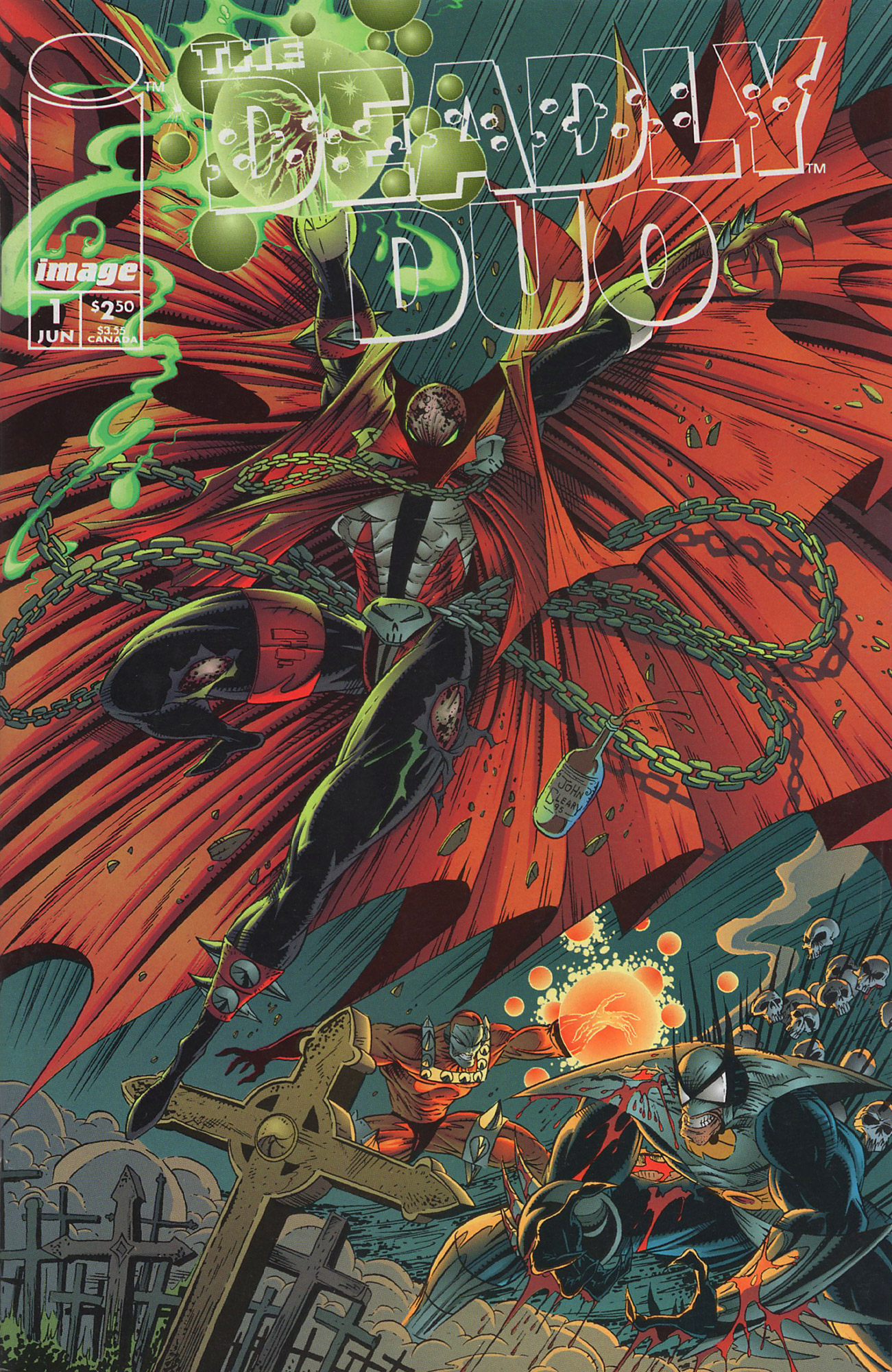 Kill-Cat is excited by the sight of a light signal being lit in the air dedicated to him, finally feeling respected by the city of Detroit in the same way that Batman is in Gotham City. He notices the image change suddenly into that of a duck and feels insulted, running off to investigate. Kill-Cat is annoyed to learn that the light had merely been created by the Kid Avenger and a homeless person was doing hand shadows for their entertainment.

The Kid Avenger has been trying out more new things in this time period and has gotten drunk for the first time. He throws up at the same time that Kill-Cat notices he had been watching an attractive young woman taking a bath. A man teleports into this woman’s bathroom and shoots her dead with an energy beam that blasts out into the alleyway. The Deadly Duo run into battle but the Kid Avenger needs to stop to throw up again, leaving Kill-Cat to be defeated by the killer who then teleports away.

The police arrive on the scene too late but take the Deadly Duo with them back to their precinct to answer some questions. They identify the killer as being Adam Krascher who is stood in the building with several officers. It is pointed out that this man has been in the precinct for the past few hours and that the Deadly Duo must be mistaken. The heroes decide to take up the investigation themselves and explore a clue mentioned by the villain as he mentioned going to “Spawn Alley.”

Fusion is the name of the killer and he has been an announced as a guest on The Jerry Rivers Show that is being recorded in New York City. The Deadly Duo fly out to the city and Kill-Cat poses as Spawn and becomes another guest on the talk show. He is unaware that Fusion is capable of becoming two separate entities and one of them attends the show whilst the other goes to carry out his next assignment; assassinating Spawn in his alleyway home.

The Kid Avenger joins with his partner to battle Fusion and their fight takes them outside where Spawn is locked in combat with Fusion’s double. The two villains merge into a single entity which makes him more powerful. The Kid Avenger uses a fire extinguisher to power down Fusion before Kill-Cat delivers a knockout punch. The Deadly Duo talk with Spawn but let slip that Kill-Cat, whilst dressed as Spawn, told the nation that he worse women’s underwear. Spawn is enraged by this lie and punches Kill-Cat and shuts down any notion that he would like to join the Deadly Duo.