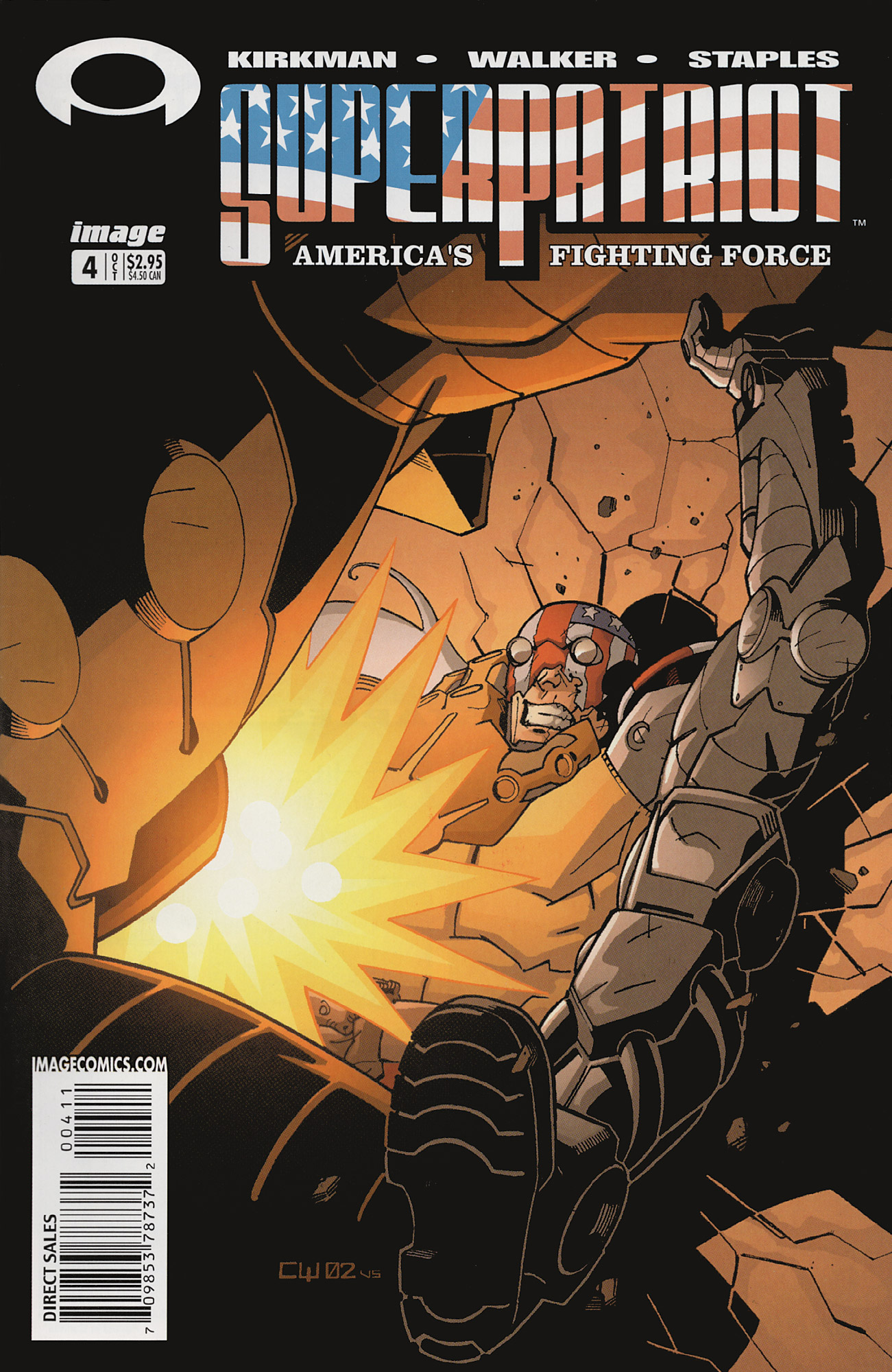 SuperPatriot gets up so that he can get ready for a meeting with the new Liberty League but gets disturbed in the bathroom by Claire Bono. He sends her out to another room to give him some space and when someone knocks at the door, Claire is sent to answer it. BrainiApe is on the other side of the door and he bursts through the wall to confront SuperPatriot. The hero calls out for his girlfriend to get to some cover before tackling BrainiApe, the pair of them smashing through a wall to the ground below.

The massive Nazi army is out on the street waiting to attack but SuperPatriot decides to take the fight directly to them first. He reasons that Baron Blitzkrieg must have been responsible for amassing such an army considering that BrainiApe had been absent for numerous years. The villain pulls out the Omni-Pulse Cannon and attempts to fire the weapon which would render his nemesis helpless. The device fails to activate, allowing SuperPatriot to continue his assault.

One of the enemy tanks is suddenly annihilated as Mighty Man swoops in to assist his ally, heralding the arrival of the rest of the Liberty League. They tear through the Nazi forces but BrainiApe manages to utilize his mental abilities to enslave them, forcing the heroes to fight amongst themselves. SuperPatriot acts to liberate his friends and fights his way through to BrainiApe. He damages his arch-enemy’s robotic body before extracting Hitler’s Brain.

SuperPatriot threatens to kill the disembodied brain unless the Nazis surrender and their fuehrer reiterates this directive, ordering his men to stand down. A worried Claire races through the growing crowd so that she can embrace her boyfriend. Dragon recognizes her as his former lover before he and the Liberty League prepare to trace the Nazis back to their headquarters. They pilot one of their vessels back to its point of origin and expose the enemy base where the remaining Nazis surrender.

The Liberty League ensures that all of the Nazis present are rounded up by the authorities before a search is carried out to ensure that the rest of the base is secured. SuperPatriot wonders why BrainiApe’s Omni-Pulse Cannon failed to work against him. Dragon shrugs it off and asks his friends if they want to join him for some food but SuperPatriot has a date with Claire. The reason for the weapon failure was actually due to Baron Blitzkrieg. He had removed the Omni-Pulse Cannon’s batteries as revenge for him being fired and curses his former leader.