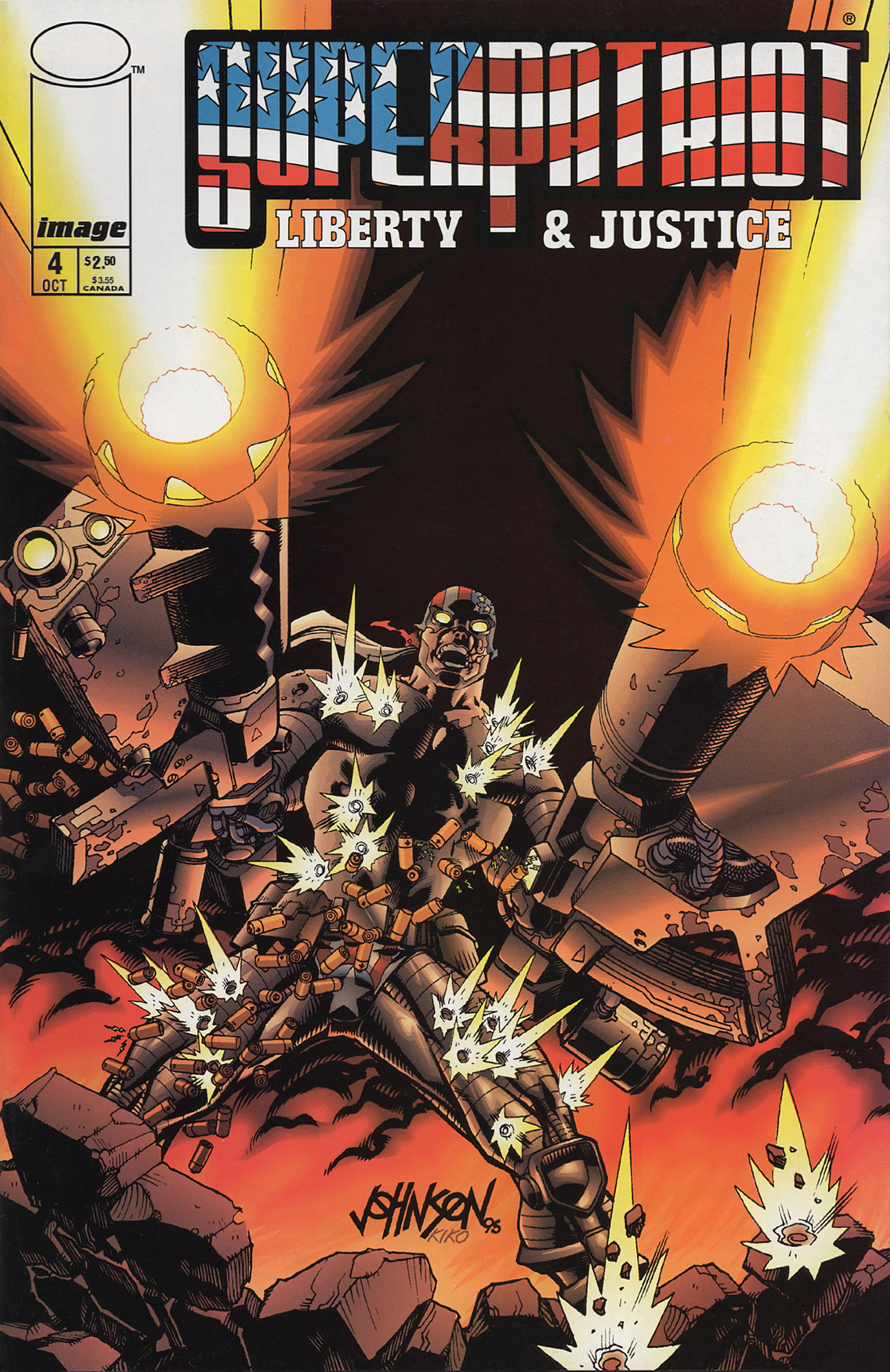 Jake Farrell deals with the political pressure put on him as a result of SuperPatriot and his offspring getting arrested in Japan. He had given them the authorization to carry out their mission and he attempts to cover up any action against the Covenant of the Sword by stating that the heroes merely defended themselves when attacked. As he receives a verbal reprimand, the apprehended trio are interrogated by the Japanese police as to the reason they are in Japan.

The Covenant discusses the situation and the Tokyo cell are enraged that their rivals from the Arlington branch had tried to usurp their authority by going after SuperPatriot. They are instructed to trust the judgement of their superiors regarding punishment whilst also receiving orders to reclaim two unwitting pawns. Liberty & Justice are liberated by Covenant soldiers and they flee through a hidden underground tunnel, followed by an escaping SuperPatriot.

As he descends into a mammoth structure, SuperPatriot decides that he can hold nothing back and adds a temporary enhancement of nannites to his cybernetic parts. This augments his arsenal before he moves further into the facility. Liberty has managed to free herself with the help of a distraction from Justice whom she then releases too. The siblings flee from their captors as their father is surrounded by a huge army of Covenant soldiers.

With a vastly superior force in terms of numbers and weaponry opposing him, SuperPatriot is forced to allow his computer programming to take control. He gives way to the instincts that had been given during his transformation into a cyborg and attacks. The Covenant army begin to suffer tremendous casualties until a ceasefire is called for by their High Commander. This woman is revealed to be SuperPatriot’s former lover, Rebecca Farrell, the mother of Liberty & Justice.

A shocked SuperPatriot listens to Rebecca explain how she had always been a member of the Covenant, even when they first met at the start of the 1970s. After her children had been born she decided to pursue a career within the Covenant faked her own death. She left her infant kids with her brother to raise them and soon rose through the organization’s ranks. Rebecca mentions that Jake has bugged SuperPatriot and can hear this whole conversation. Her body has been transformed entirely into nanotechnology and she departs. Neither she nor SuperPatriot could bring themselves to harm the other due to their past connection.

Liberty & Justice arrive just after their mother has left but SuperPatriot keeps her continued existence a secret so as to protect them from their abandonment at her hands. The heroes return to the United States where they hope they can continue to bond with one another. Rebecca informs the Covenant that both the Arlington and Tokyo cells have been expunged which enables the Osaka cell to asset dominance. All of these recent events weigh heavily on Jake’s mind and he struggles to cope with the news of his sister’s betrayal and the damage caused to his relationship with his niece and nephew.