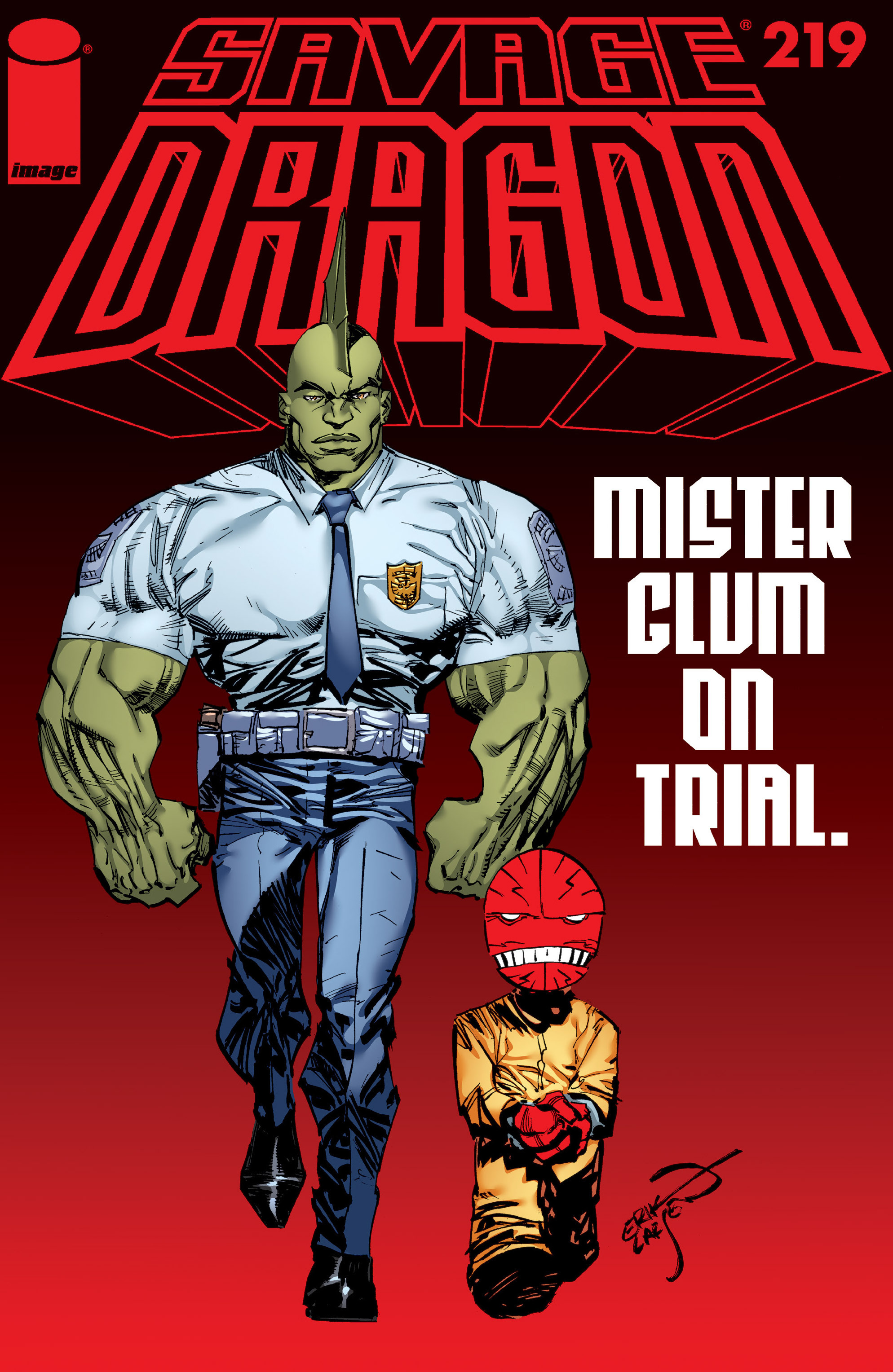 The incarcerated Mister Glum is interviewed by his lawyer for a potential case for his defense in his upcoming trial. Glum is adamant that the world’s population benefitted from his rule as he got many people into better shape and that there was no war with him in control. He blames Dragon for the world’s ills by destroying the God Gun which ended his rule and reverted the Earth back to the conflicted planet that it was before his rule. The lawyer points out how millions of people died under Glum’s rule and that billions more were enslaved. He is fired for not being supportive enough and Glum elects to defend himself.

Malcolm Dragon takes down a group of super-freaks before verbally engaging a number of people protesting the recent presidential election victory of Donald Trump. He declares that he shares their concerns but that there is nothing he can do about that. Angel Murphy starts to regret giving up Jack and wonders if there is a way that she can still be his mother somehow. Maxine passes Jack to her to hold but he cries and wants Maxine back, calling for his mom which upsets Angel a great deal.

Meanwhile in Dimension-X, a fleet of alien vessels arrive on Glum World and commence an invasion, seeking vengeance upon Mister Glum for targeting their planet. Toady is forced to don the armor of his former master to protect himself from the attack. The invasion destroys the throne room which had been holding Jennifer Murphy in suspended animation for years. Toady goes out to meet the invaders but as he uses the armor it fries him and blasts off away from the scene on a different mission.

Dragon informs his son that his appeal against his conviction was denied as there was no new evidence that could be brought to the court’s attention. Malcolm worries that his father seems to have given up any chance at surviving. Malcolm and Angel later attend the trial of Mister Glum who is faced with the same prosecuting lawyer that Dragon did, Peter Palmer. Glum prepares to call Dragon as his first witness but before he can, the courtroom is blasted apart by the arrival of his own battle-suit.

Malcolm leaps into action but is too late to prevent Glum from donning his armor and he gets ready to escape. Battle Girl joins Malcolm in trying to stop the alien despot from getting free but both are cast aside relatively easily. Dragon ignores the fact that he is handcuffed and no longer powered and joins the fray. He manages to get Glum to unwittingly blast his manacles loose and Dragon surprisingly holds his own.

Glum grows tired of the fight and shoots his way out into the open but a recovered Malcolm is able to launch Battle Girl up to intercept him. Angel does her best to halt Glum who is taken aback by her presence. He pleads with Angel to come along with him so that they could rekindle the relationship that he once shared with her doppelganger. Angel rejects the notion and is thrown back into the path of Malcolm which enables Glum to get away. Dragon joins the pair as they wonder what they will do next.