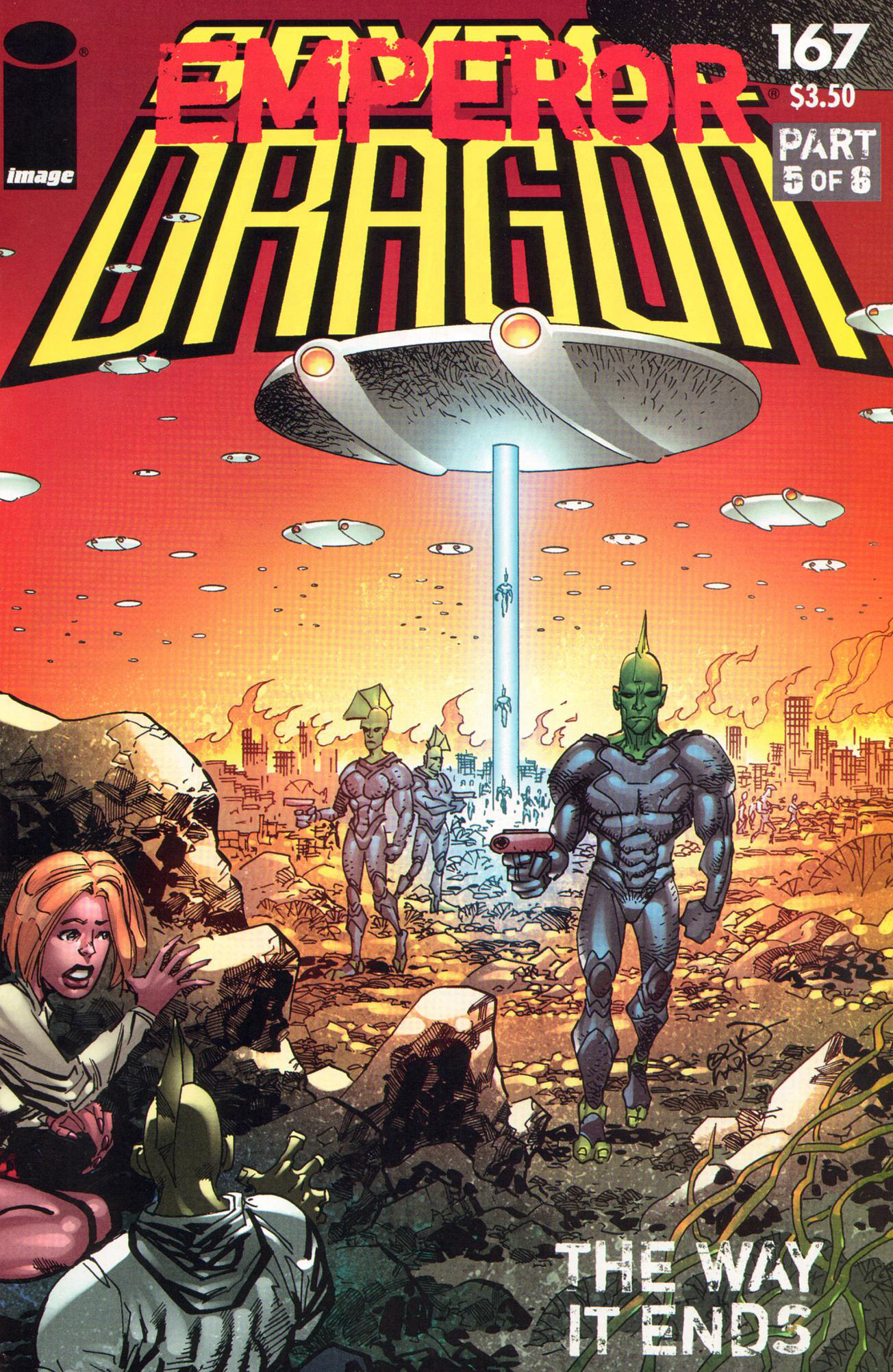 Aboard the mammoth spaceship that serves as both home and transport to Emperor Kurr’s people, the current ruler demands that humanity be saved. Emperor Krull feels guilty that his species abandoned his father on Earth and has now used their technology to kill. Lorella and Bosco worked on the original weapon that would have unleashed the red mist upon mankind but they cannot deploy the cure. They have long-since disassembled the weapon and even if they had not, it is too late as humanity has already been exterminated.

Malcolm is shocked to be reunited with WildStar but before he can really talk to the hero, WildStar ages to the point of death before degenerating into ash. The death is surveyed by OverLord as he flies through the skies, passing the head of Mister Glum impaled on a spike. He locates Kurr and carries out an attack, hoping to avenge the death of humanity by killing their murderer. Kurr assumes that his assailant survived through a self-contained breathing apparatus but is unfazed. He overpowers OverLord who flies them both through a building, only to have his helmet torn off. Kurr leaps safely down to the ground but OverLord impacts at speed and is assumed dead.

This death is witnessed by Angel who is relieved to be reunited with Malcolm who has had an idea about gathering some help to take on their father. The pair runs off but they are seen by Kurr who wonders why they persist in struggling. A massive beam of light appears in Chicago which marks the arrival of Kurr’s people. He is pleased that his race can finally have a home of their own, something he promised to get them many years ago. Kurr is unaware that a figure stalks him from the shadows as he prepares to be reunited with his people after years of exile.

Malcolm leads Angel back down into Rex’s laboratory where he has his sister help him in retrieving the stasis chamber containing Virus. They load the pod onto the back of a truck before driving back towards the last known location of Kurr. Their target intercepts and destroys their vehicle before dragging Malcolm out of the wreckage. He questions why he ever bothered to spare their lives but figures he can now rectify that mistake.

Angel tries to defend her brother but is punched over towards a wall which shatters her protective helmet. The red mist has dissipated enough now that Angel is able to breathe the air. Kurr viciously beats down Malcolm but by this time, the liquid keeping Virus in suspended animation has thawed out. The sight of Malcolm being attacked is enough to trigger the part of Virus’s brain that contains Dragon’s personality to seize control of the body.

The unsuspecting Kurr is struck from behind by Virus who seeks to protect his son but his attacks prove too slow and clumsy. Kurr gains control of the fight as Angel checks up on Malcolm’s condition, finding her brother to bleeding from the mouth. The siblings witness Virus being defeated and charge down their father. Angel is punched away but Malcolm is able to catch her in mid-air but Kurr presses his advantage and launches Malcolm into a wall.

Angel is livid that Kurr has killed everybody and knows that she cannot allow him to live, vowing to kill her step-father. This declaration is dismissed by Kurr who takes a sharpened metal pole and stabs it through Angel’s throat. As she bleeds out on the ground, Malcolm is powerless to save his sister and instead begins to power up his electrical abilities. He announces that he is going to kill Kurr and that there is nothing he can do to stop him… 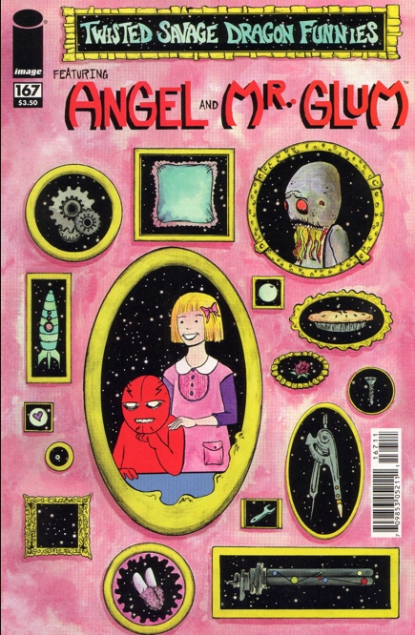 Mister Glum and Angel Dragon are living on an unnamed planet in Dimension-X. When they head into a local city to purchase a part for Glum’s new weapon a gang of thugs get in their way. The problem is resolved in typical Glum-fashion.