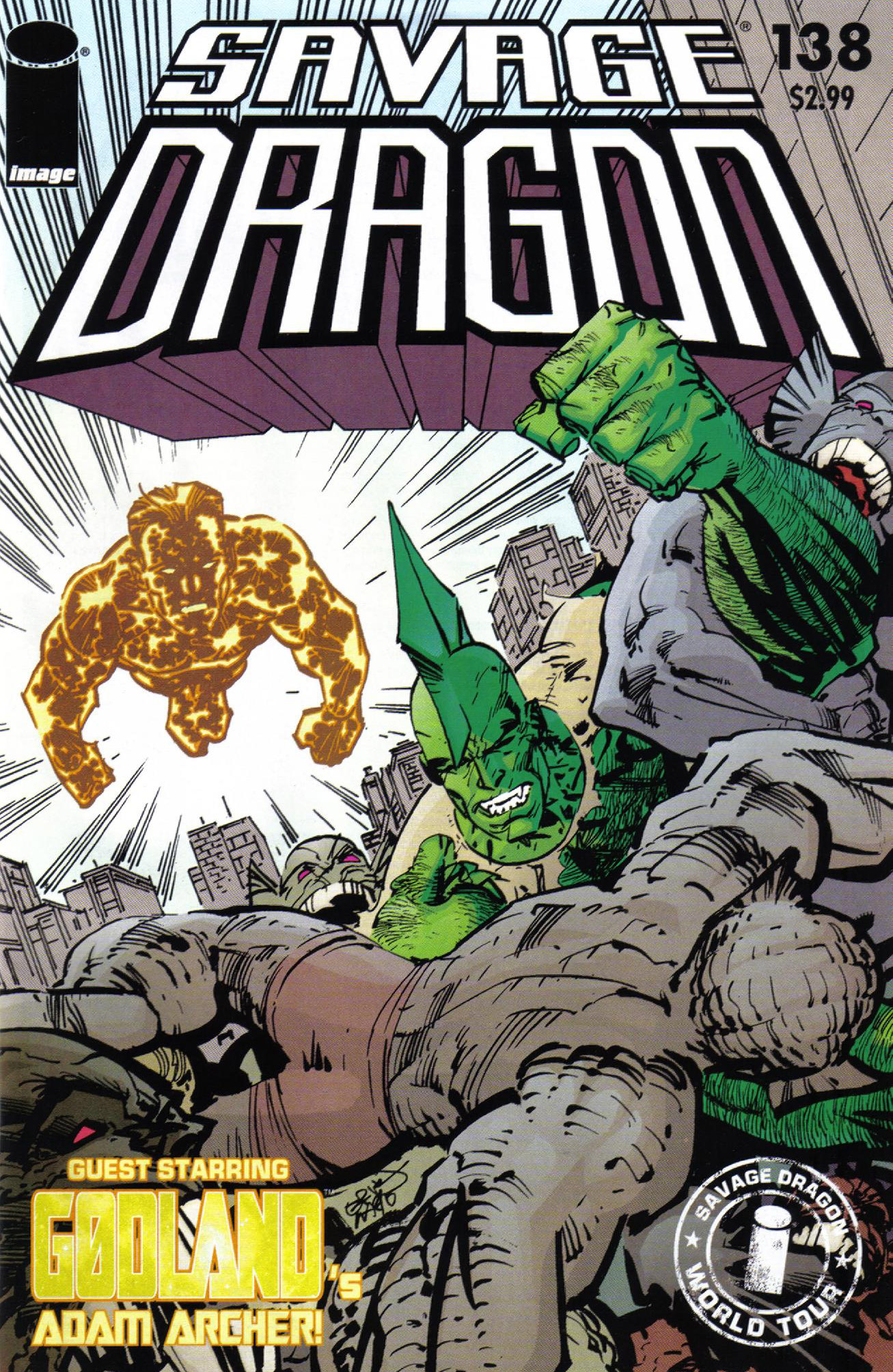 Castletown, England. Dragon teams up with the costumed adventurer Jack Staff to take a large monster that is dubbed Bruno. A diminutive scientist named Professor Pugly walks out with a small hand-held device that he activates, shrinking Bruno down to the size of a toy. Pugly then apologizes for causing such a fracas before walking away with his creation.

She-Dragon remains locked up in some kind of dungeon where she attempts to regain her freedom, diving at her captor. The heroine is kicked down to the ground before being informed that although she thought she was doing a good thing by rescuing Belinda Bell, this act of heroism was actually the biggest mistake that She-Dragon has ever made.

After ruling out another lead in England regarding his missing wife, Dragon makes a telephone call back home to say that he will be making a short stop in New York City. When the other passengers refuse to sit next to Dragon, a young woman named Becky Cloogan volunteers to take the seat beside him. She starts talking to Dragon about how she used to go to school with Adam Archer who has recently become a cosmically-powered superhero who is based in New York. Becky passes her phone number to Dragon so that should he meet Archer he can pass the number along.

Within the Danger Zone, Red Giant announces that she cannot continue being a superhero and is going to retire. Her recent act of killing numerous super-freaks in a fit of rage has left her deeply distressed and she fears causing more death should she continue. Star does his best to comfort his girlfriend and assure her that they are very much needed in the Danger Zone to hold the peace. The couple are unaware that Fire Lord has led the Demon Dogs to their location and they are preparing a merciless assault.

Dragon goes to meet with Belinda Bell to learn why she has been targeted by the Uglies Unlimited, hoping to turn up a lead to the location of the missing She-Dragon. Belinda is the spokesperson for her father’s company, Bellco Chemicals that have created a serum called Freak Out. This liquid can remove the mutations in super-freaks, restoring them to ordinary humans. The Uglies Unlimited launches yet another assault upon their primary target but Dragon manages to fend them off.

The fight had drawn the attention of Adam Archer who senses an impending danger but does not believe that the Uglies Unlimited can possibly be the cause of this feeling. He speaks with Dragon and their meeting is broadcasted by the media. Becky Cloogan is one of the viewers and she races towards the scene, hoping for a reunion with Archer whom she has been in love with since school.

Dragon and Archer are approached by a race of aliens called the Headmasters who have come to Earth in search of one of their species. Dragon feigns ignorance of the one they seek and Archer defends him from the Headmasters before he is informed that Dragon has encountered them before. Archer stops the violence and Dragon is forced to admit that the Headmasters’ kin was the Brain-Child. Dragon reveals that his wife killed the Brain-Child to protect him. The Headmasters thank the hero for giving them an answer before departing, leaving behind one piece of information with Dragon. They believe that the missing Jennifer Dragon is deceased, breaking the heart of her husband. Becky arrives to try and speak with Adam Archer but he does not even remember her and simply flies away.