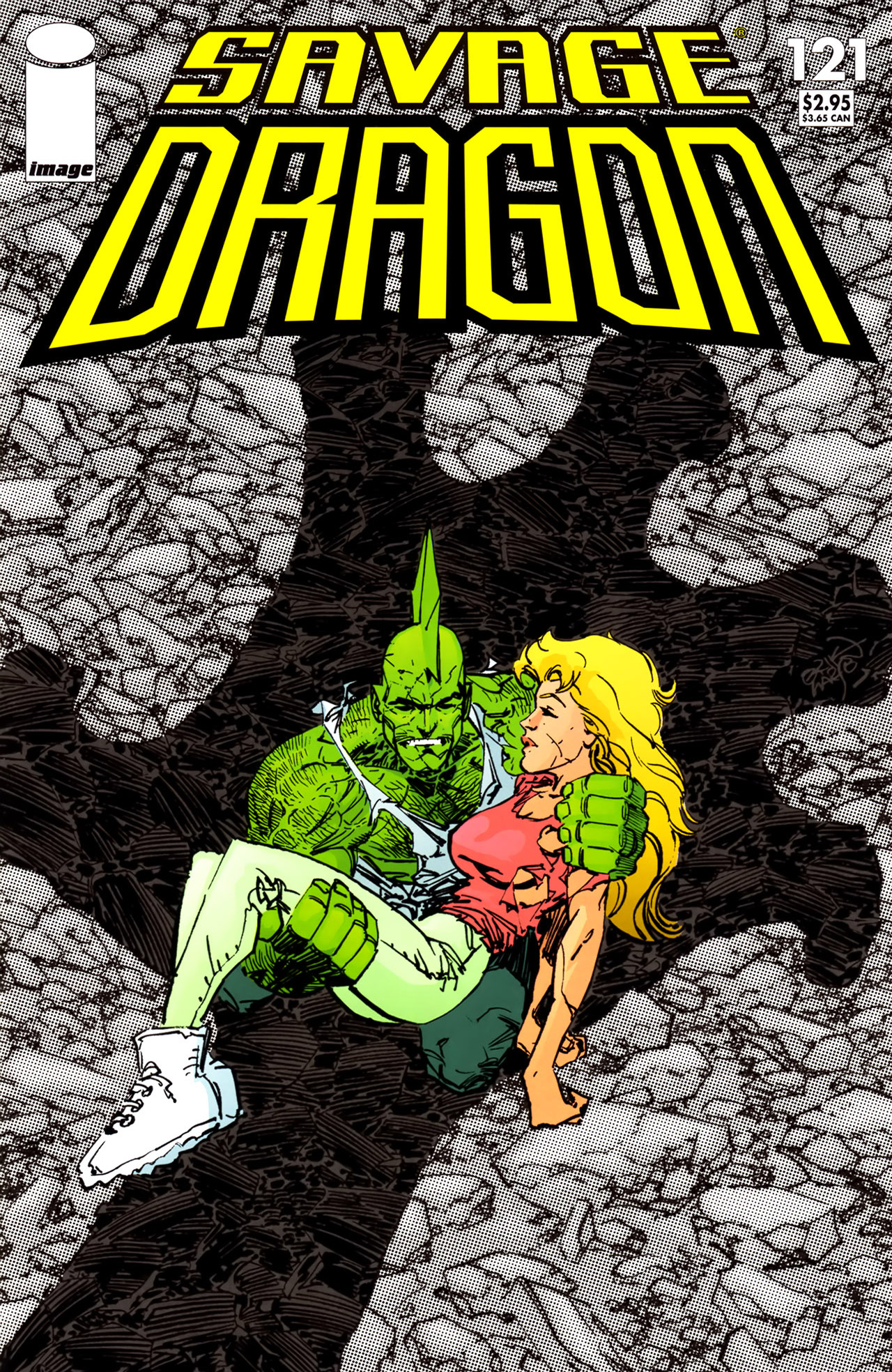 Dragon has somehow won the Presidential Election and has called both SuperPatriot and Rex Dexter over to his house to discuss the matter. There is some debate as to what he should do because it is unclear what would happen were he to reject the position. SuperPatriot thinks that if Ronald Winston Urass is able to make the election stick and Dragon quits then he would become the next President. However, Rex advises Dragon to resign and allow President Bush to go after Urass. This leads to an argument over whether Bush was elected fairly himself.

Jennifer Dragon sits her daughter down to talk with her about Mister Glum. She is concerned about the alien and believes that he should be returned to Dimension-X before he harms anyone else. Angel defends Glum and points out that he loves her and thus would never hurt her. Rex suddenly comes crashing up through the floor and Jennifer instantly knows that SuperPatriot is responsible and heads off to confront the hero.

The angry Jennifer berates SuperPatriot for his carelessness as Angel could have been hurt or even killed had Rex come up through a different part of her bedroom floor. She is then enraged that Dragon has not already turned down the position of president as never even ran for the job in the first place. This then leads Jennifer into a rant about Rex’s transformation and the fact that Dragon does not seem to be interested in addressing the situation.

A group of Iraqi scientists complete the creation of a powerful android after having an American assist them in finishing their project. The Nuclear Man is unleashed and makes its way through the landscape, effortlessly tearing through the U.S. Army as it attempts to stop its progress. It eventually makes its way out to the nearest ocean and departs, leaving the soldiers that had been fighting it confused about its motives and just where its ultimate destination will be.

Mister Glum discusses with his young friend that fact that her mother does not like him. Angel states that if she were bigger then she could make her own rules and would not have to listen to her parents. Glum gets an idea and heads down to Rex’s laboratory where he creates a potion that he then feeds to Angel. The youngster grows to a giant size and utterly destroys her home in the process before starting to panic. She had meant that she wanted to be a grown-up not just larger in size before digging through the wreckage looking for her mother.

Dragon is soon uncovered and is taking care of an unconscious Jennifer who needs urgent medical attention. Angel picks up the whole section of the floor around her parents and races towards the nearest hospital. Glum feels bad about upsetting Angel and starts to sift through the debris in search of any weapons that he could steal in addition to the God Gun. He is startled by the sight of SuperPatriot standing over Rex who has had a steel girder fall through his chest.

As the media studies the election results, Urass is confronted over the fact that barely any of the Dragon/Urass votes were from paper ballots. Their votes all seemed to be electrical and it is pointed out that way more votes had been cast then there had been registered voters. Urass defends this by declaring that people came out in record numbers to support his campaign. He ends up hiding in his office, realizing that his machinations may soon be discovered… 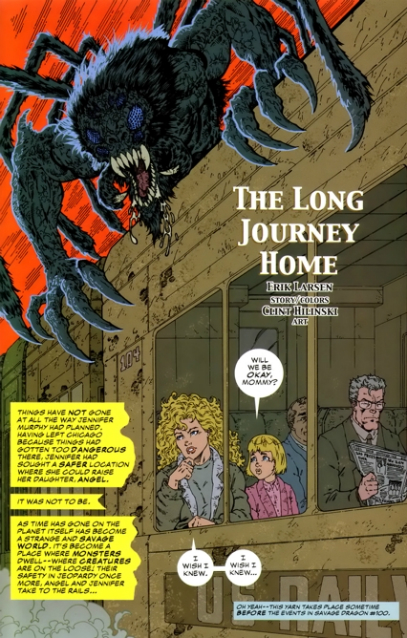 NOTE: This story takes place prior to SAVAGE DRAGON #100

Some time ago, Jennifer Murphy rides a train with her daughter across the war-torn United States. Angel wishes that they were back home in Chicago because at least then Dragon was around to protect her in addition to her mother. Jennifer points out that Chicago was in way worse shape than the rest of the country and will not return unless CyberFace is removed from power.

A swarm of mutated spiders attack the train and Jennifer does her best to fend them off but the train is soon derailed. As more of the creatures pour out of the land, Jennifer is surrounded and things are not looking good before the Deadly Duo fly down in their jet fighter. Kill-Cat leaps down and intends to use the spiders as a soft landing but they scatter, leaving him vulnerable to attack. Jennifer swats the monsters away to protect Kill-Cat and they end up fleeing.

The Kid Avenger reports that he has just heard a broadcast announcing that Dragon has defeated CyberFace and liberated the planet. Jennifer tells Angel that they can finally return home and she uses her strength to get the train back on the tracks. As the train continues on with its journey, the Deadly Duo celebrate their latest victory, ignoring the fact that they barely contributed to the victory.