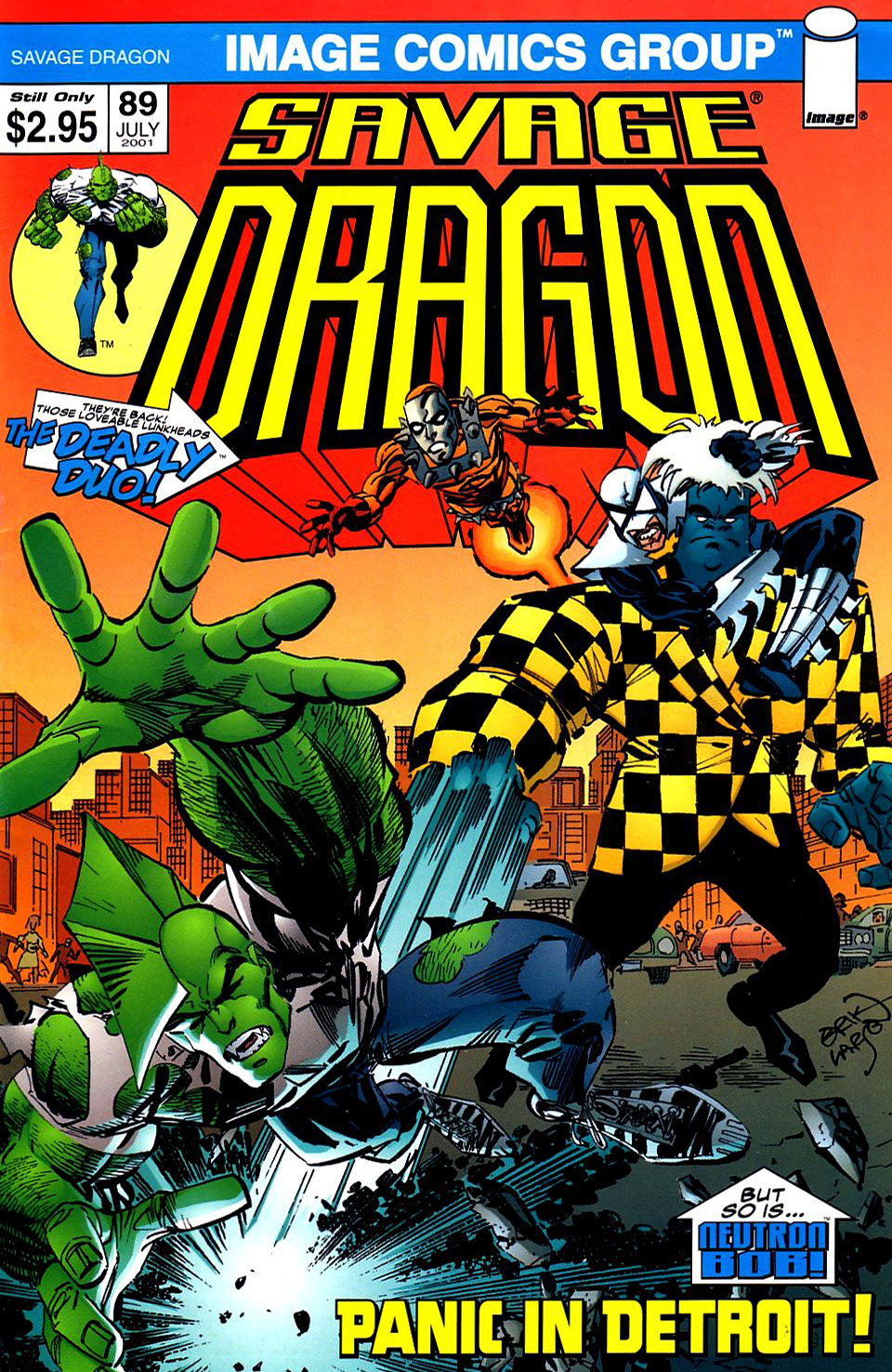 Dragon awakens in an alleyway and is pleasantly surprised to discover that his missing leg has grown back overnight. A nearby homeless man notices his new neighbor and excitedly asks him about his plans to overthrow CyberFace. Dragon wonders in what city he now resides and is informed that he has arrived in Detroit, a city that had been completely obliterated in his original reality. Meanwhile, the elderly mother of Neutron Bob fusses over her son as he heads out for the day.

At the mansion home of Alan Williamson, the wealthy businessman is horrified to find his Deadly Duo teammate in bed with his executive secretary, Lotta Topp. He convinces himself that nothing happened between the couple before lecturing his sidekick. The Kid Avenger is warned against the dangers of not getting a good night’s sleep as it may leave him incapable of defending the city. A phone line that is linked directly to the police commissioner’s office then goes off. Kill-Cat races to deal with this threat, admitting that the police still have not discovered that he rerouted the line from its original destination of Sgt. Marvel’s headquarters.

Neutron Bob carries out a bank robbery across the street from where Dragon had been sleeping and the hero gets set for action. His homeless companion tells him to abandon any such heroic action as he cannot risk getting hurt and being unable to carry out his primary plan to defeat CyberFace. Dragon is informed that there are local superheroes that can deal with this situation and he should stay out of it.

The Deadly Duo jump into action against the super-powered thief but Neutron Bob is able to shrug off most of their attacks. At one point he even uses Kill-Cat as a missile, throwing him at the Kid Avenger who simply dodges the human projectile, leaving his partner to crash to the ground. Neutron Bob’s energy blasts soon enable him to gain the upper hand and he holds both of the Deadly Duo in his grasp, claiming that nothing can stop him.

Dragon has had enough and intervenes, refusing to listen to Neutron Bob’s claims that they are on the same side. He is annoyed that the villain had been seeking to kill his fellow heroes but Neutron Bob finally gets to reveal the reason behind his bank robbery. Dragon listens as his opponent declares that he wishes to use the stolen money to pay for weapons and to hire people that will enable him to depose CyberFace himself, meaning that their goals are one and the same.

As the Deadly Duo recovers and begins to restart the fight, Dragon informs them that he is going to have to take Neutron Bob’s side on this matter. Kill-Cat is eager to continue the fight regardless but the Kid Avenger points out that they were losing when they were just fighting Neutron Bob, adding Dragon to the mix just means that they have no chance. The crime-fighting pair is soon unconscious and Dragon has to scare off the local law enforcement when they grow confused over his motives. They cannot comprehend that Dragon wanting to overthrow the government is bad even though the leader of this government is an evil man.

Dragon and Neutron Bob make their escape in a custom-made truck belonging to Neutron Bob and they discuss their next move. It is suggested that the Vicious Circle be recruited but Dragon had assumed that they were already affiliated with CyberFace. Back when CyberFace led the Annihilators to conquer the Vicious Circle, those members that had been loyal to OverLord refused to follow them. These rebels remain in Chicago and are perhaps their best option for assistance.

The new allies then talk about what they plan to do with the world after CyberFace has been removed from power. Dragon wishes to restore democracy as he has no intention of taking control himself, completely the opposite of Neutron Bob. As they argue over their eventual goals, the Deadly Duo returns in a jet fighter that they use to destroy their enemies’ vehicle. Dragon leaps into the sky to destroy the aircraft before knocking both of the Deadly Duo unconscious. He ignores Neutron Bob’s suggestion of killing them as a warning and the pair set out to buy a new car with their stolen money so that they can begin the long journey towards Chicago.

WACKY SNACKS
To Pie Or Not to Pie
1 Page