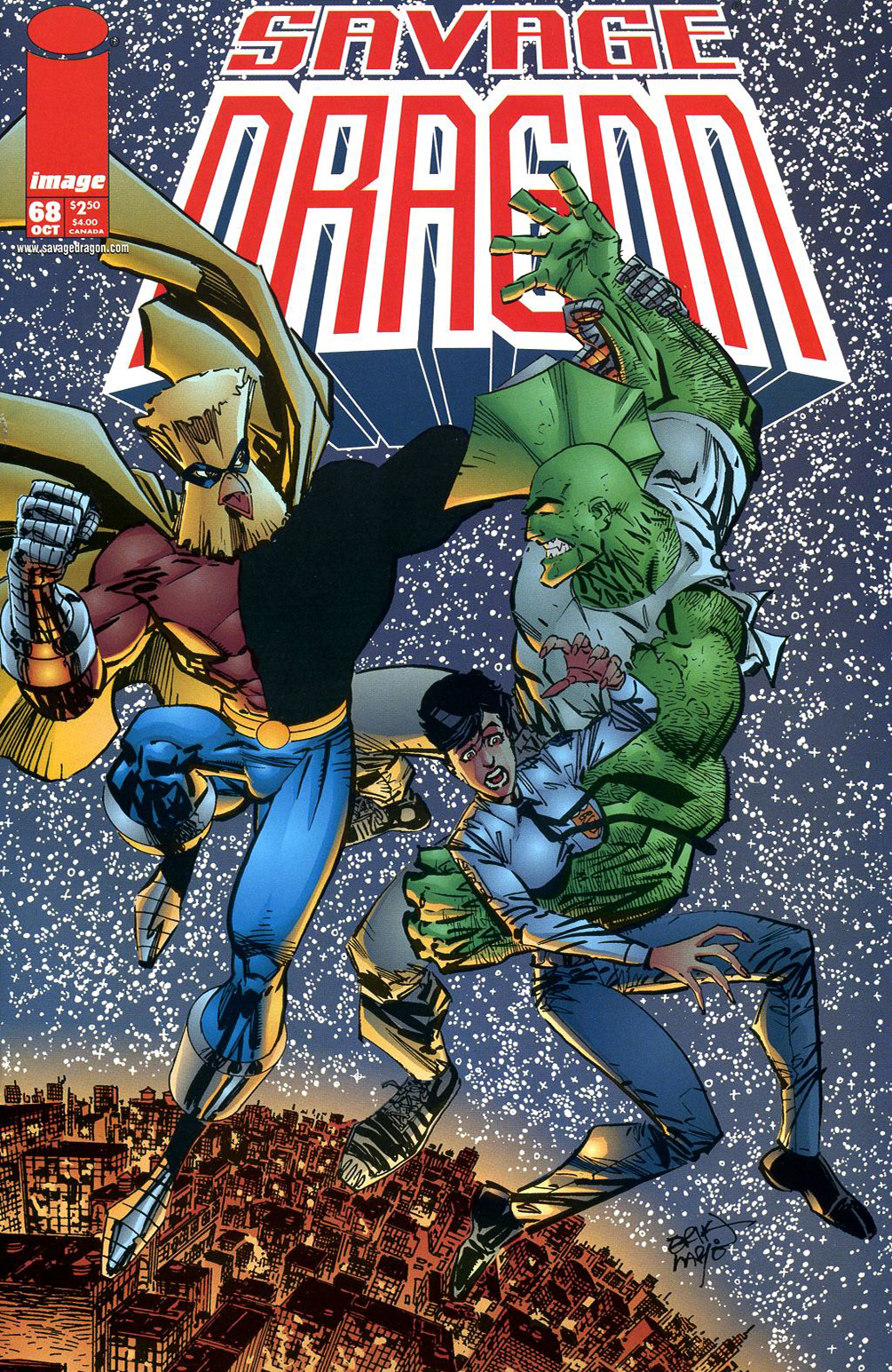 The Gods gather on a coastline where Thor has identified the perfect place for them to call home, finally giving them somewhere to permanently live after Godworld’s destruction. As the Gods discuss their plans, Boogan notices that they are being spied upon. Debbie Harris narrowly avoids being captured by the brute and flies off to warn of the Gods’ plans. Thor demands that she be seized but the former mortal manages to get away clean.

Dragon arrives at kindergarten for his daughter’s first day there and fears that Angel Murphy will get upset being left there. However, as soon as Angel notices her friend Maxine is present she runs off to play with her. Dragon speaks with Angel’s teacher, Betty Gross, who offers words of support regarding the death of his wife and having to raise her daughter as his own. Dragon soon finds himself surrounded by the other children who bombard him with questions.

Alex Wilde drives Dragon home and begins questioning him about why he never tells her that he loves her. Dragon tries to deflect the enquiry but Alex will not drop the subject which leads to an argument as Alex feels that he is merely using her. Dragon does not want another woman he is dating get killed after the deaths of Rapture and Smasher. When he makes the mistake of calling Alex a “good friend”, she leaves him outside of his house and drives away in anger.

Dragon steps inside and discovers PowerHouse sitting in his chair, the new leader of the Vicious Circle waiting to deliver a warning. Dragon is instructed to leave the Vicious Circle’s activities alone and focus on any other crimes except theirs. This directive is rejected outright and so PowerHouse threatens to target any of his loved ones and have them disappear forever should he oppose them. The Vicious Circle has been controlling the government, the police and even the S.O.S. and they refuse to allow a single person to stand against them.

A brutal fight breaks out between Dragon and PowerHouse where prejudice against super-freaks is discussed. Dragon being generally attractive has enabled him to avoid some of the hatred that most of their kind endures. PowerHouse intends purely to provide opportunities to all super-freaks that could not otherwise gain employment or acceptance in normal society.

This duel eventually spreads throughout Chicago before eventually going high up into the sky where PowerHouse threatens to drop his opponent. Mighty Man arrives on the scene and punches the villain across the skies before catching Dragon. PowerHouse flies back to confront the two heroes and states outright that there will be repercussions from their actions towards him. Dragon declares that should any of his loved ones be harmed then he will come for PowerHouse personally and kill him.

Mighty Man carries Dragon back down to Chicago where he transforms back to Ann Stevens and takes Dragon inside Hillman Hospital so that his wounds can be treated. Ann had heard about injured people being rushed to the hospital because of the fight with PowerHouse and sought to help out after transforming into Mighty Man. Dragon speaks about the issues he has been experiencing involving Smasher’s death and her relatives trying to gain custody of Angel.

Ann gives Dragon a lift to collect Angel from kindergarten, the youngster still incredibly enthusiastic about her first day at school. Ann makes it clear that with Alex out of the way now that she would like to date Dragon. He promises to give her a call before taking Angel inside to calm down but as they enter the house they are greeted by a shocking sight. Debbie Harris is lying on the ground unconscious, covered in cuts and shattered glass.