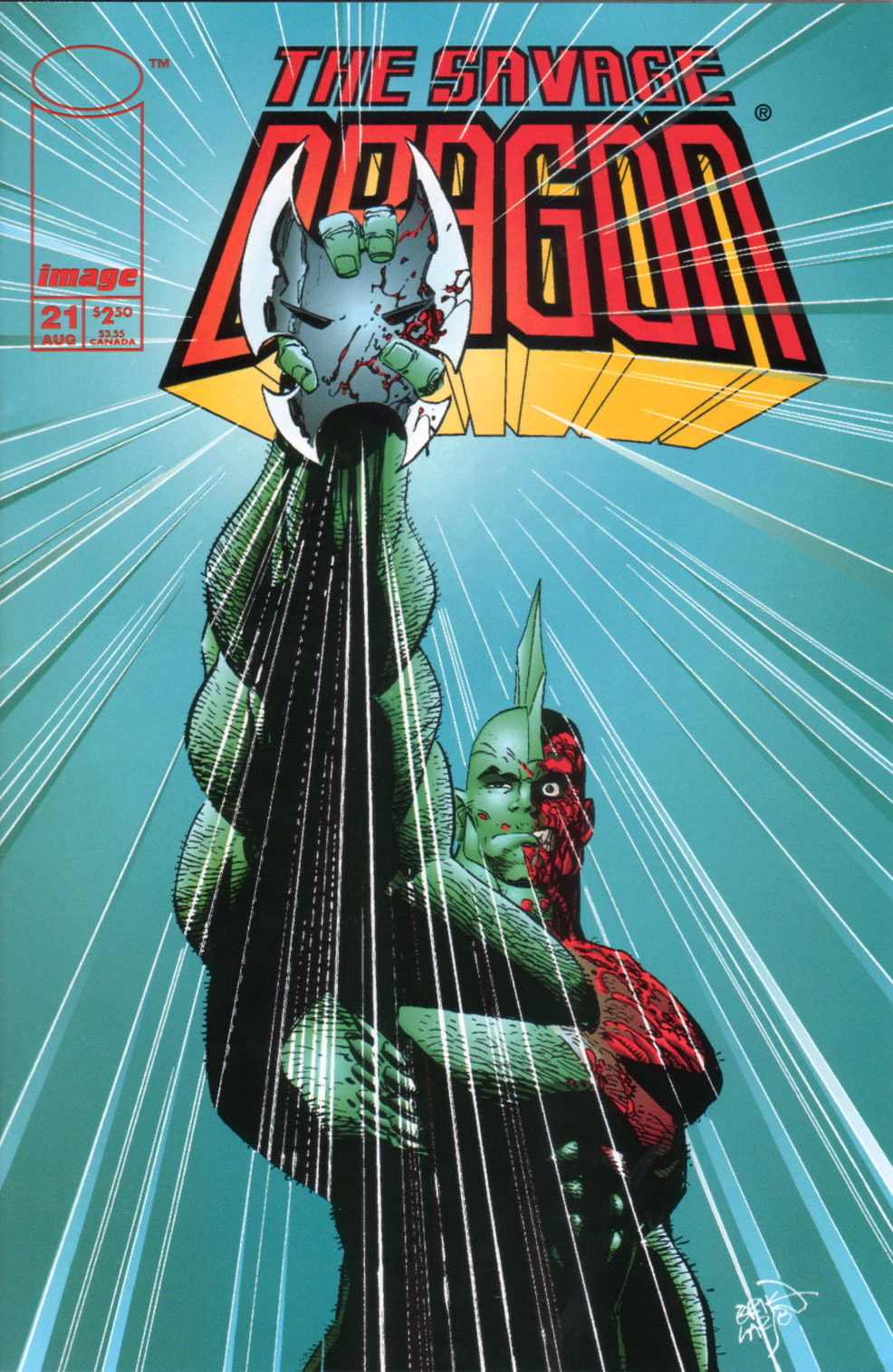 A massive explosion tears apart the top of the building that serves as OverLord’s headquarters, forcing the police helicopter circling above to steer out of the way. OverLord had unleashed his most powerful assault, a photon blast, which annihilated not only his own property but also the S.W.A.T. team that had been sent to apprehend him. Dragon survived the blast, albeit now missing all of his skin, and leaps onto the helicopter.

Frank Darling and Darren McCarthy are informed by Dragon that all of his companions are dead before he takes a weapon and prepares for another attempt. OverLord declares himself the winner and is now ready to claim the whole of Chicago. Dragon jumps down from the helicopter and repeatedly shoots his opponent’s back several times, sending OverLord to the ground.

Dragon announces that CyberFace told him about a failsafe that he had installed and he has now deactivated OverLord’s force-field, eliminated his flight and limited his firepower. OverLord is hated by the super-freaks as he is not one of them, the Mafia because he once sold them out, the civilians of Chicago for making them live in fear and by him for his past actions towards him. There is nowhere for OverLord to run but he makes one final desperate bid for freedom and leaps at Dragon. A single shot is fired that hits its target through OverLord’s mouth and kills him instantly.

As OverLord plummets from his devastated home, the history of his life unfolds. Antonio Seghetti was only eight years old when he caught a man raping his sister in an alleyway. He killed that man and took his first ride in a police car. Antonio was then only twelve when he joined a gang and was first incarcerated, vowing never to be locked up again. He trained under the man who would become Octopus before rising up through the ranks of the Mafia.

When the super-freak population of Chicago began to rise and move into the Mafia’s territory, Antonio had his lieutenant, the man who would become CyberFace, work with the Cyberdata organisation to build him a suit of armor. This armor would enable Antonio to not only survive but thrive in a city filled with super-powered criminals. OverLord was born and through intimidation he formed the Vicious Circle who ruled over Chicago for several years.

OverLord’s corpse finally hits the ground below and Dragon is collected up by his colleagues still in the hovering helicopter. Darren blames Dragon for the death of his S.W.A.T. team and vows to see him punished for it. Frank stands up for his best friend and points out that it was Darren who insisted on his men accompanying Dragon and if he wishes to blame anyone then it should be himself.

Frank takes the victorious Dragon out to meet the awaiting media who had descended upon the precinct in light of the news about OverLord’s death. Rapture arrives amongst this media frenzy and leaps into the arms of Dragon. The hero is then asked about he is going to celebrate his victory and Dragon simply jokes that he is heading off to Disneyland.