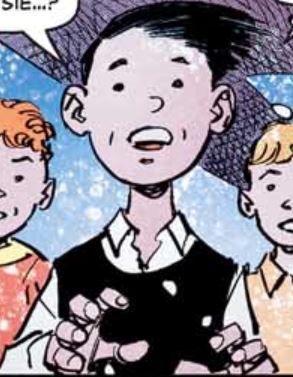 Rollo is a member of The Secret Legion, a kid gang that went on adventures with Captain Tootsie during the 1940s and 1950s. They used a government-created rocket ship, the Rocketeer, to travel the universe and at times, battle aliens.