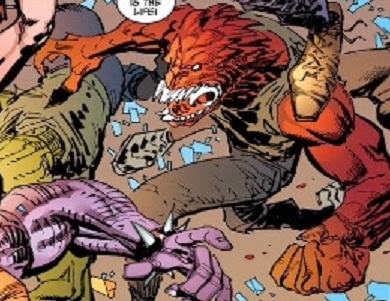 Razor-Face is one of the many Vicious Circle members that attack Dragon, Malcolm, and Angel when they in a bar after Dragon escaped the Vicious Circles grasp. They later die during a large scale battle where the building they are in collapses on them.