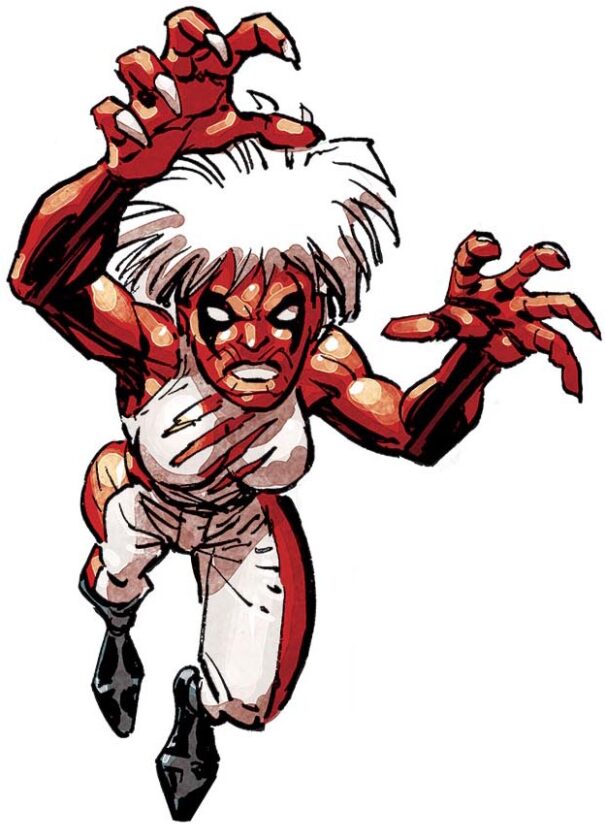 Chao-xing Li’s mother was one of many women and girls forced into being sex slaves by the Imperial Japanese Army in occupied countries and territories before and during World War II. Tormented and brutally treated, Chao-xing’s mother was driven to madness. Caged like a beast, she was slain after having giving birth to her daughter, Chao-xing. The infant was adopted and taken to Canada following the end of the war. But the vengeful spirit of the mother stayed with the child, haunting her. For years Chao-xing tried to rid herself of her mother’s tortured spirit, but she came to welcome her power as it enabled her to be transformed into the savage, form of Raptor. Now, Chao-xing can call upon her spirit in times of need to battle the forces of darkness.