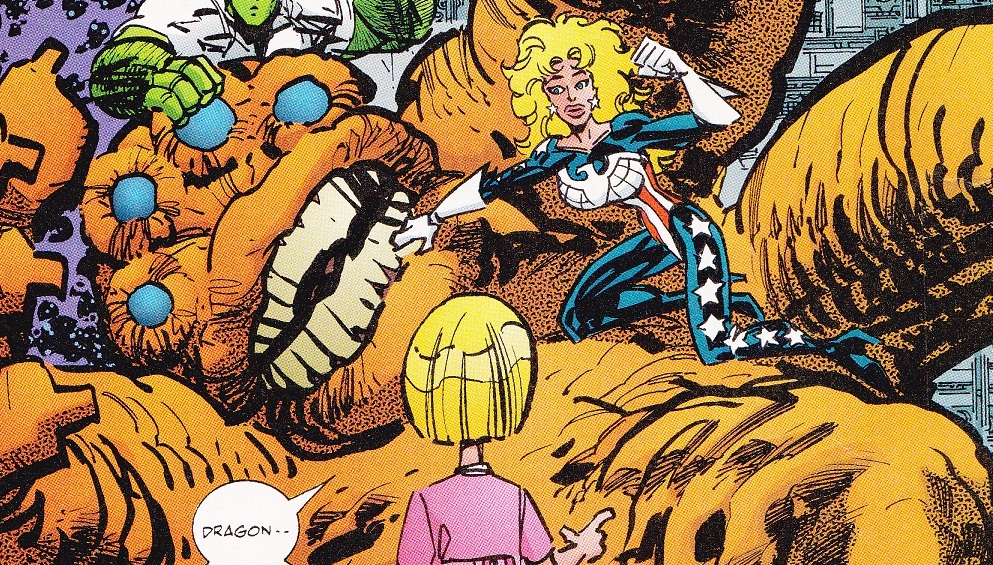 Brakkus is a being from Dimension-X who comes to Earth through the Dimension-X portal within Dragon’s home, as the portal was opened by Glum. He is quickly defeated and sent back into Dimension-X, while the fact that Glum allowed him through is never revealed to Dragon.

Brakkus later joins Mister Glum’s army, but dies when the planet he is on is eaten by the Awesome Eater.