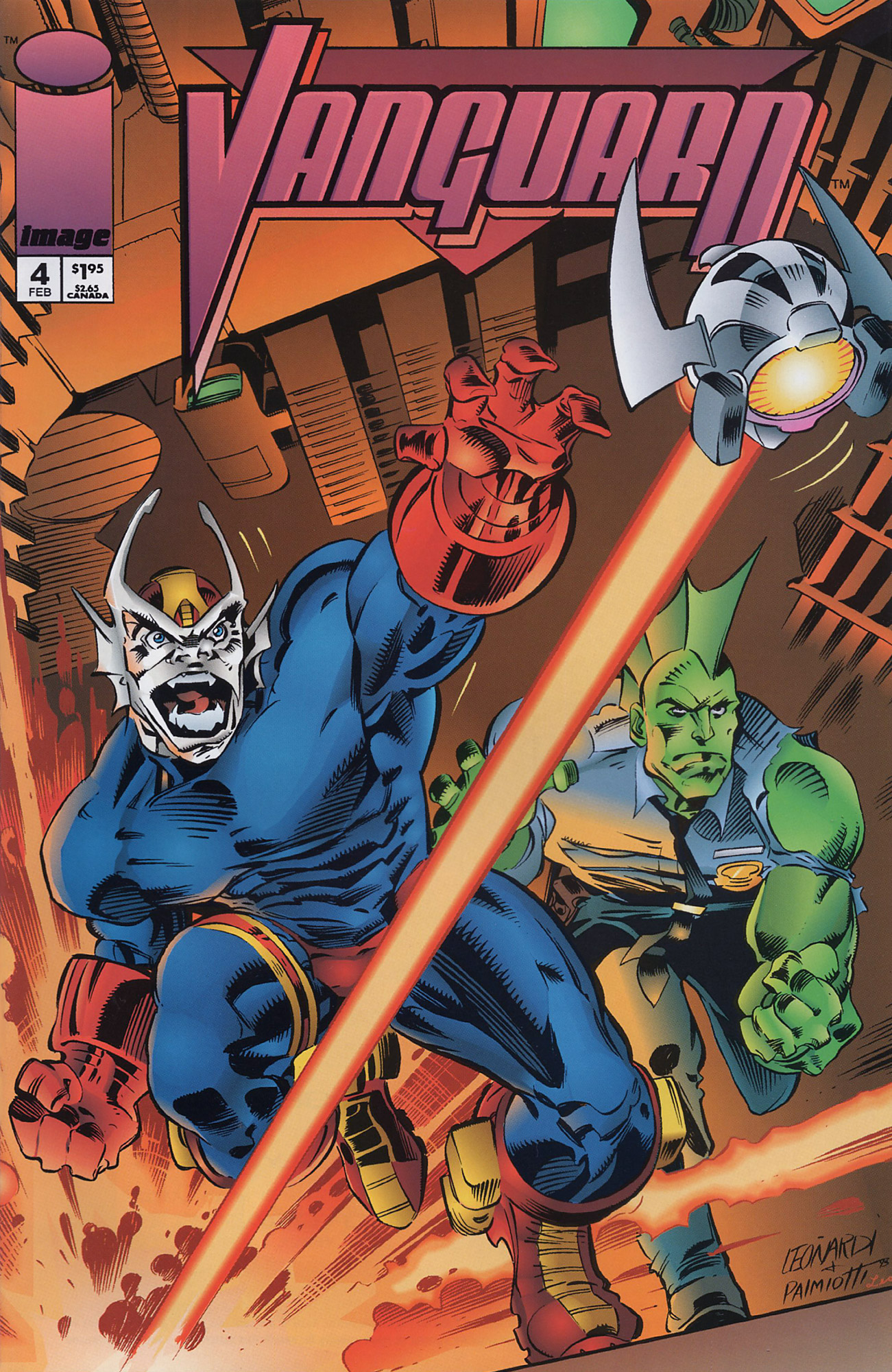 Wally’s mindless rampage is thwarted by the Dragon but the robot quickly flees by teleporting away with the reporter Roxanne Wells. The small mechanical being’s partner is forced to transport himself up to his vessel using his own personal teleporter, forcing him to leave Lurch behind. He gives the shape-shifter’s control disc to the superhuman police officer and allows him to use the construct as he wishes.

Vanguard is forced to walk through his battle training room where he is confronted by friends and family from his past, all played by the Morphlings. The hero fights off the emotional distress he feels and races off to find his possessed partner. After an extremely brief encounter, Wally is taken out and the identity of the true villain is revealed.

Awhile back a female scientist had had her physical appearance altered by Vanguard teleporting into her laboratory when Wally had tried to free him from police custody. She has now taken the name Modem and learned that as well as enhanced strength, she can also teleport herself and mentally control computer systems.

The villainess hopes to use the alien vessel to establish a powerbase. This causes the desperate Vanguard to sever his foe’s connection to the physical world as she teleports into an American intelligence satellite. Modem is left discorporated and scattered across the solar system for as long as the satellite remains in operation.

250 years from now. Helping his friend Andrew Jensen back to his temporal vehicle, the cyborg hero leaves himself open to an ambush on the roof of a sixty story building. Berzerker helps prepare the vessel for the journey home but a swarm of cyborg-hunters arrive on the scene, following another time-traveler, Alexander Kirk.

The manipulative villain opens fire on his old friend, critically injuring him. Berzerker quickly loads up his colleague into the time pod and tries to fly away from the scene. Unfortunately, blood loss causes Andrew Jensen to collapse onto the controls and the vessel activates and travels back in time to the present…