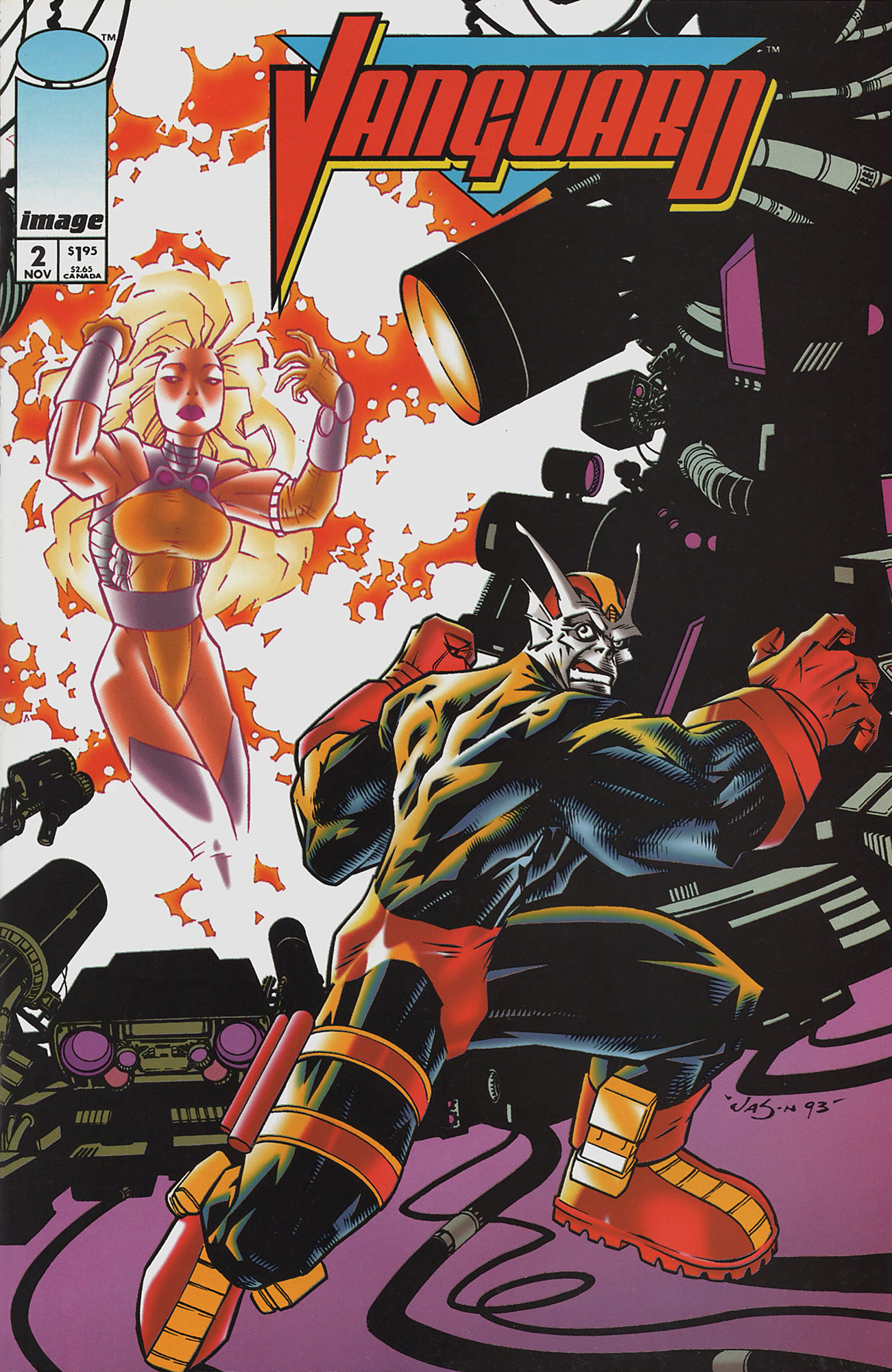 Vanguard attempts to escape from his jail cell but is quickly electrocuted by his nervous guards, and is left unconscious, in only a piece of underwear, his battlesuit having been removed to lessen his strength and ability to escape.

The robotic companion of the captured alien, Wally, prepares to rescue his partner. He programs one of the shape-shifting robots into taking the place of their commander, and to continue doing whatever it is that his master was doing. Lurch is teleported into the cell and assumes the role of Vanguard while he is teleported back to his vessel. Unfortunately, the guards manage to initiate the electrocution device at the time of the teleportation, disrupting the signal.

A scientist named Stacy Swan conducts an experimentation into matter transportation and volunteers to become the first human to teleport from one location to another. Vanguard reappears inside the laboratory as the woman is seemingly scattered across the universe. The alien, unable to understand the language, breaches the building’s wall and runs off into the streets. The transportation signal of the missing scientist is located and she is brought home, transformed by the alien spaceship’s technology, into a superpowered being…

Wally prepares to activate the homing device that is in the translator helmet of his best friend, hoping that he is still in possession of it. He brings home his supposed partner, but is shocked to discover that the being he has teleported to the starship is the reported Roxanne Wells…

“Meanwhile, Out in Space…”
7 Pages

The long-abandoned American space mission code named Seeker continues on as the sole surviving volunteer, a convicted multiple child-killer called Johnny Lee Raeburn, prepares to pass the edge of the solar system. His fourteen year mission is interrupted when an alien vessel passes his craft and begins to investigate the small shuttle.

A probe is sent down into the spaceship and interfaces with the criminal’s mind. As life begins to fade away from the murderer, he realizes that his own warped mind is causing the probe harm. He opens up all of his memories to the machine, letting his personality transform the device into a humanoid creature called DeathWatch who prepares to return home and slaughter all of those who have wronged him in the past…