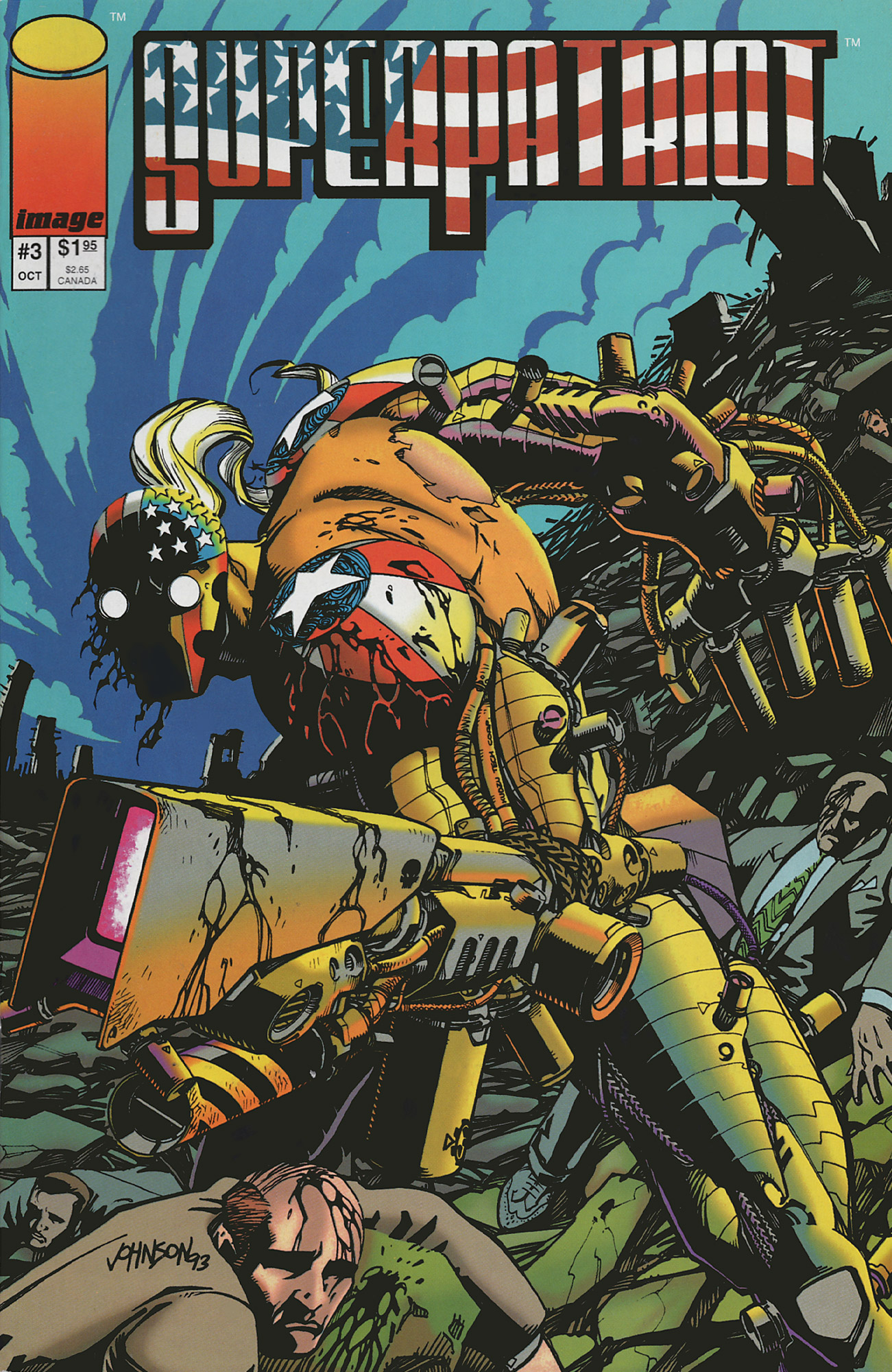 The Covenant of the Sword comes under a vicious assault by SuperPatriot who slaughters his way through a large number of soldiers. As he kills his way through the facility, one of the men stationed there sends out a distress call from one of the other bases. He mentions how SuperPatriot has broken loose of his restraints and is on a killing rampage but the man is advised to clear the channel. This is all part of a carefully orchestrated plan and SuperPatriot strikes down the frightened agent.

Only one other test is required of their new weapon and the Covenant send their superhuman operative Rockpile in for a rematch. If SuperPatriot continues to experience hallucinations of Dragon then he will be killed in battle for real this time. However, Rockpile soon learns that he has no such advantage this time as his human form is torn out of his cybernetic outer shell. The villain is crushed by SuperPatriot and it seems evident that his mind has been completely submerged and under remote control.

The leader of the government’s Bloodstrike team pays a visit to Jake Farrell where he demands to be kept informed about events in case his unit is dispatched to deal with SuperPatriot. Cabbot is informed that he will only be given information should it be deemed necessary and he is dismissed by Jake. Meanwhile, Shaft arranges for a secret meeting with Die Hard on a rooftop to discuss the situation. He believes that SuperPatriot will be used against them and suggests that they prepare for an attack.

An aircraft belonging to the Covenant risks detection by flying out in the open as it swoops over Washington, DC after a mission is authorized by the Council. This vessel deploys SuperPatriot aboard a smaller aircraft that he pilots down towards the Pentagon. SuperPatriot opens fire to destroy all of the vehicles parked outside the building before abandoning his mechanical steed. This machine impacts with the entrance to the Pentagon which allows him to enter inside.

Jake responds to the intruder alarm and soon learns that SuperPatriot has been sent back on a killing machine. The fact that this assignment was in retaliation to a mission that he had authorized worries him and he runs out to join the armored guards. They are instructed to employ lethal force when dealing with SuperPatriot, a directive that is difficult to accept by the men who still respect their target as one of the greatest ever superheroes.

All of the guards are soon shot dead as SuperPatriot shows no mercy and he simply continues to murder his way through the Pentagon. Jake is left with a shoulder injury as SuperPatriot changes tactics and blasts his way down towards the sub-basement. He confronts the scientists that had originally brain-washed him after his enslavement as the hands of Cyberdata. As the soldiers here prepare to open fire, Die Hard arrives on the scene and claims that SuperPatriot is his…