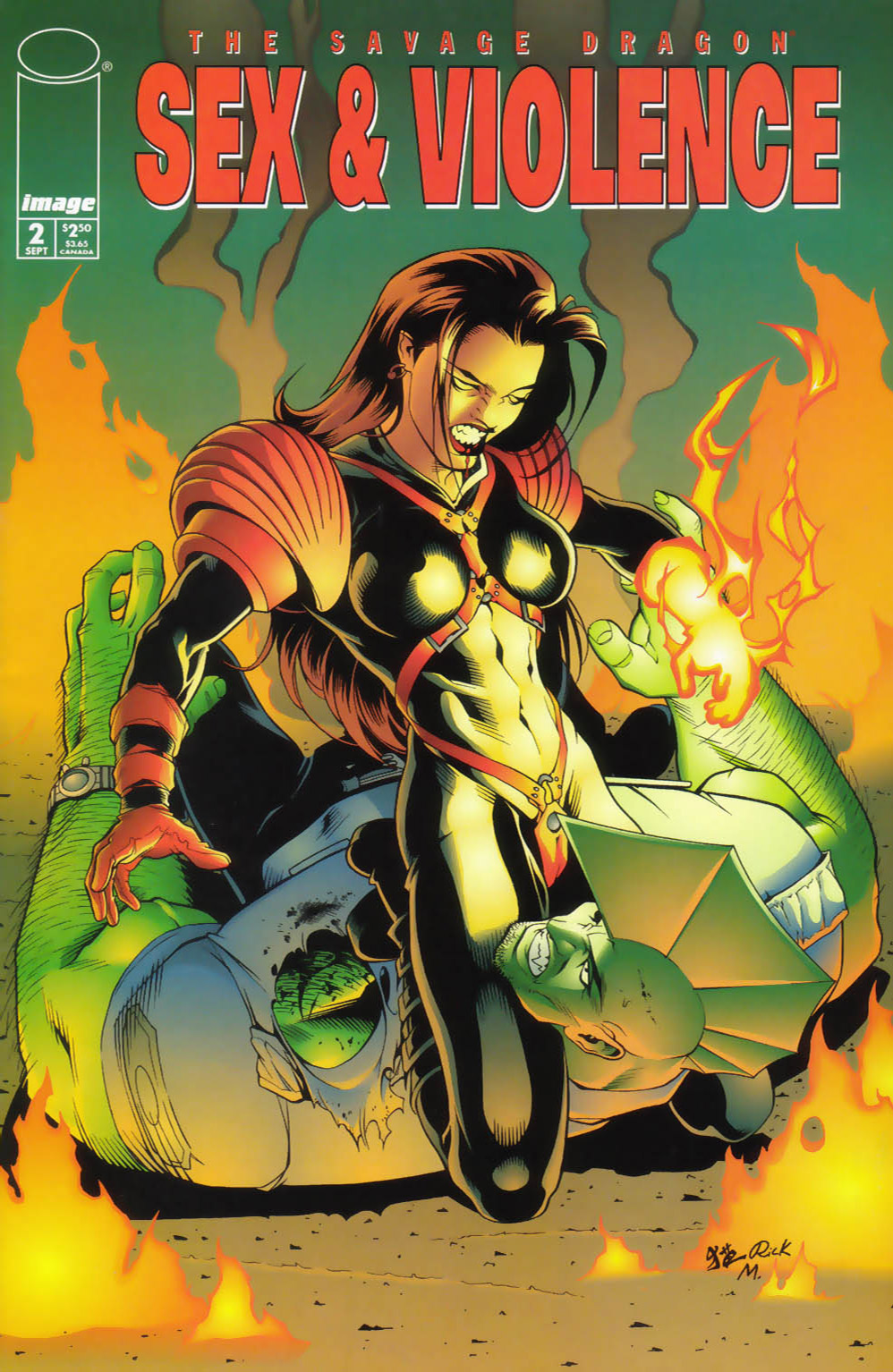 Grundy avoids the police and visits the stripper that he hopes to seduce. The moment he touches the insane young woman, he dooms himself. Guillotine beheads him and buries his corpse in a field. Men are not supposed to touch women as far as she is concerned. Her mother told her that when her father ’touched her’ in an inappropriate manner, which prompted the desperate parent to hack her husband’s head off.

The two investigating police officers head to the strip club where Grundy is said to frequent. Instead of running into the informer, they notice Guillotine and pursue her out into an alleyway. Dragon attempts to arrest her but becomes involved in a fight, and this time he learns not to underestimate the laser weapon and claims victory.

Police officers search the apartment of the apprehended woman and find dozens of carefully preserved male human heads. Guillotine confesses to each of the murders and Jennifer Murphy is released from prison and is reunited with her daughter. She thanks Dragon as without him, she would have lost Angel forever and spent years in custody.