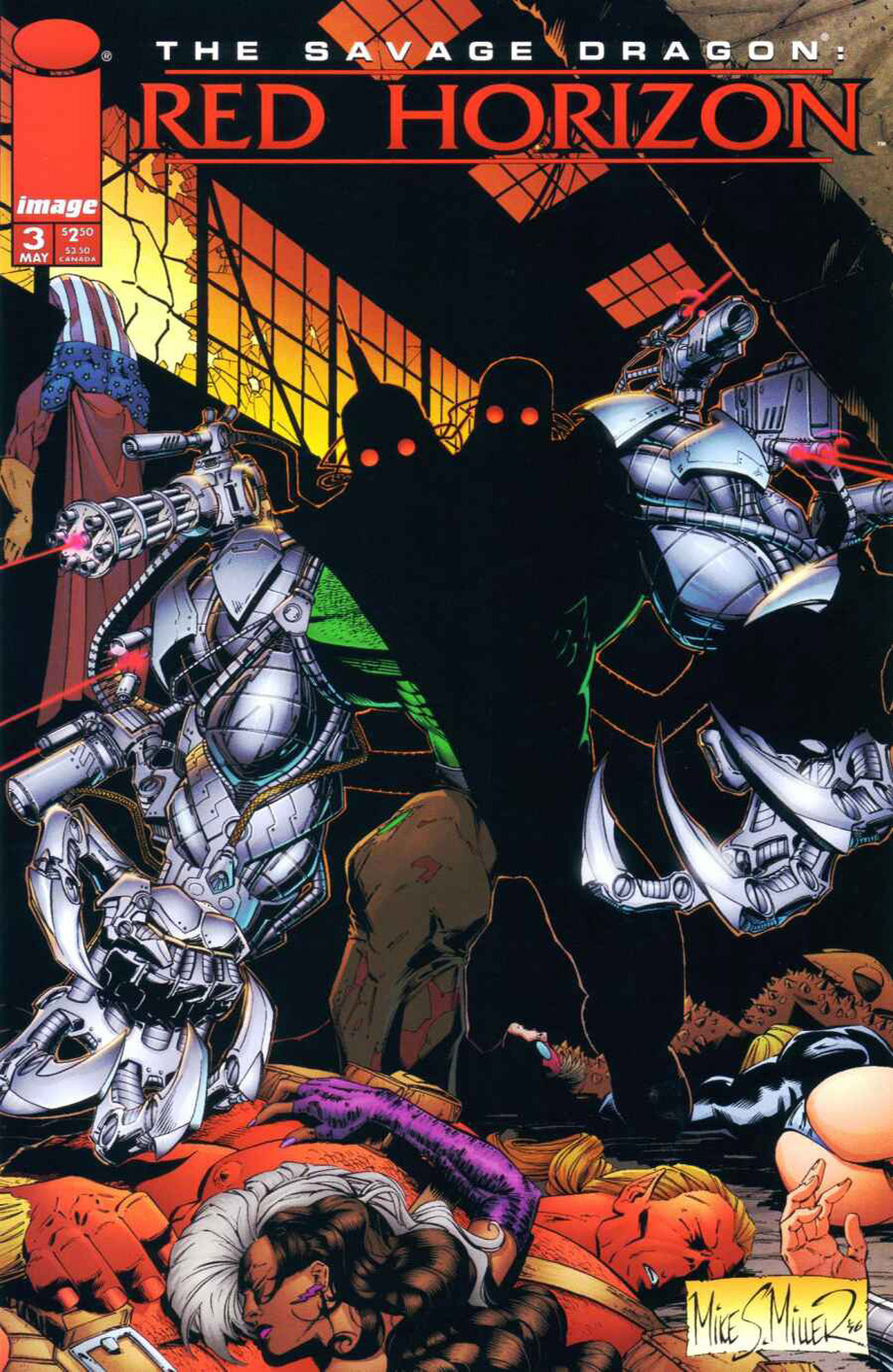 Upon full recovery, Dragon returns to action and forbids his allies from accompanying him to his death duel. He then asks that he be trained by Dart as quickly as possible into a martial artist, so he can at least put up a respectful defense against his foe.

Gaijin is refused the opportunity to either commit suicide to compensate for her failures or have a rematch with Dragon to prove herself. Her master has other plans for her and they are not to be endangered by recklessly seeking revenge.

The death match finally takes place and Dragon is defeated with little effort from his opponent, despite his recent training. As he is to be executed, a number of his superhero friends arrive on the scene to save his life. Okami Red was prepared for such a contingency and brings out Gaijin and a cadre of warriors trained to deal with the heroes. Only the combined efforts of the policeman and the cyborg SuperPatriot assures victory against the crimelord as they force his battlesuit to overload and explode. His defeated forces are quickly arrested, but his personal assassin manages to escape. The fin-headed freak thanks his friends for their assistance, but grills them for disobeying his orders and interfering. They may have saved his life, but they endangered their’s, and he could not cope with any of their deaths on his conscience.

“Everybody’s Got One…”: An editorial by Mike S. Miller
Letters page