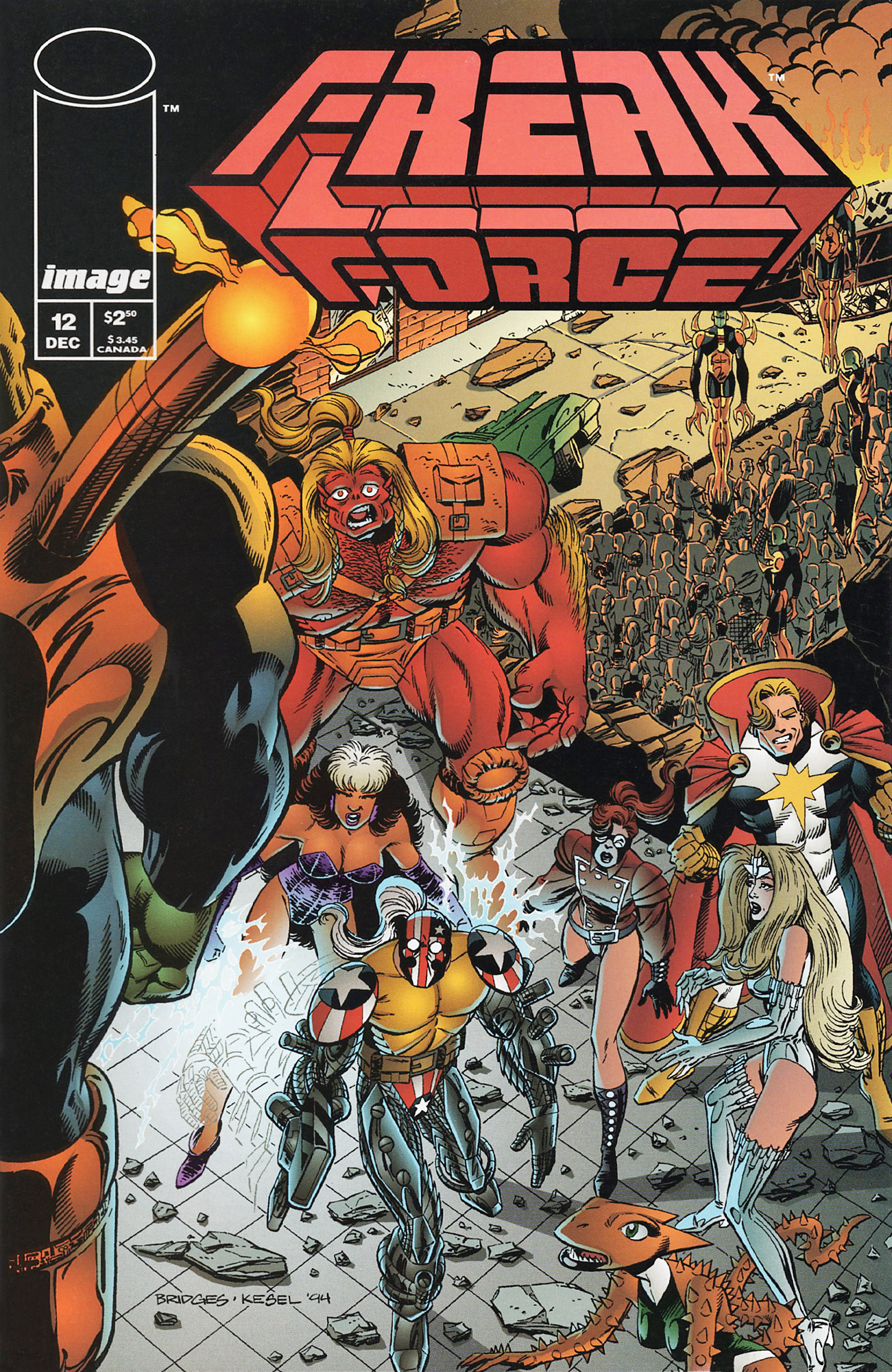 The Cosmic Cops (Some Die)

The Cosmic Cops are impressed with how easily their conquest of New York City has gone and believe that they will only need to establish ten more precincts to control the entire planet. They query the superhuman intervention but it has been dismissed as largely irrelevant. Their progress is closely monitored by the government while Jake Farrell assembles some super-powered operatives. The decision to bring in former members of the Liberty League is not a popular one.

A military official delivers a briefing to Freak Force and the semi-retired Mister Big and the Hornet about their mission. They will be divided up into pairs to infiltrate the city through different routes but are not to engage the Cosmic Cops unless it is absolutely necessary. Mighty Man is the only person that will be without a partner as he is to try a more direct route. It is theorized that Mighty Man should be invulnerable to the aliens’ technology and he can create a diversion.

Vanguard awakens aboard his spaceship and discovers that Earth has been invaded but before he can get involved, a piece of debris falls from the ceiling and knocks him out again.

Mighty Man flies towards New York City at a low height to avoid early detection before he attacks the Cosmic Cops. This draws many of the alien agents to take to the skies to deal with him, enabling the hero’s allies to make their moves. Dart and Ricochet reach the George Washington Bridge where Dart throws a grappling hook so that they may climb across. They come across a procession of human captives and opt to join them so that they can learn what is being done to the population.

At the devastated Lincoln Tunnel, Rapture and Barbaric surface after swimming underwater into the city limits. Their presence is discovered almost immediately which prompts Barbaric to react instinctively, throwing a large piece of wreckage at the Cosmic Cops. The survivors call in reinforcements and Rapture is shot with an energy blast. This sets Barbaric off in a rage and he crushes the alien responsible, breaking his bones.

Rapture unleashes her electricity to take out the remaining aliens present but Cosmic Cops from other locations are called in to deal with the situation. Barbaric quickly takes the injured Rapture and flees in search of safety. Ricochet notices several Cosmic Cops leave the procession before witnessing a man try to run for freedom. She leaps into action and risks her powers being discovered by bouncing into the path of this man whom she redirects back to the rest of the prisoners.

This reckless act does not please Dart and she reprimands Ricochet for exposing her powers. It was only due to the Cosmic Cops concentrating on the man that she saved that they did not witness her bouncing. Ricochet dismisses these concerns as she could not have allowed an innocent man to be killed but Dart points out that they are not supposed to engage the enemy. Ricochet can sense that Dart is scared and assures her that she is frightened about what is going to happen too…