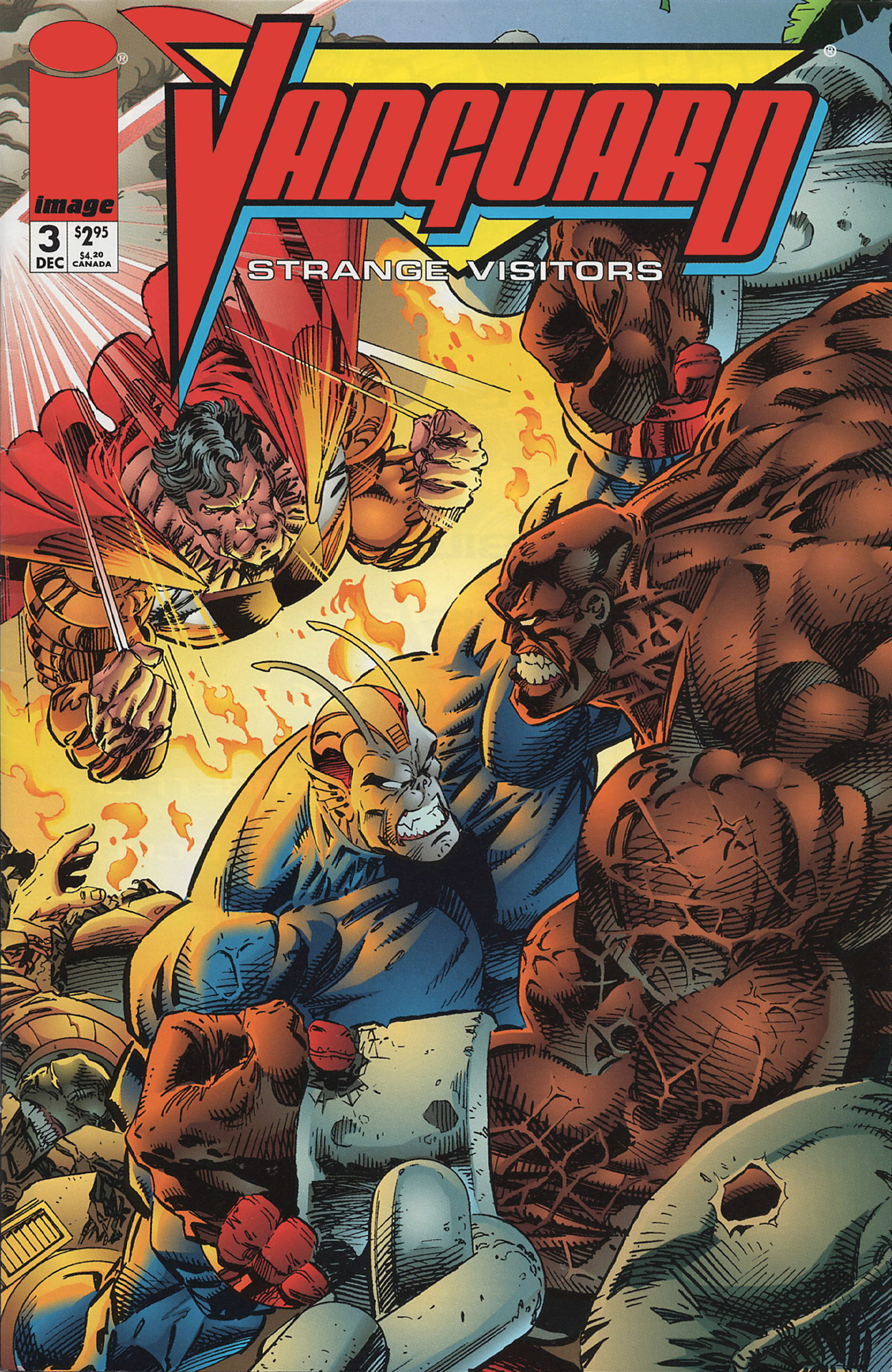 Vanguard is lost in a depressed state as his girlfriend has now been a prisoner to the most feared being in the universe for over eighteen hours. Wally convinces him to seek some additional help in defeating the powerful Amok but his best friend states that he needs to carry out another task first. The alien soldier teleports down to the home of the missing Roxanne Well’s parents where he convinces them of his love for their daughter before vowing to either recover his lover, or destroy the being who may have killed her.

The world’s most powerful superhero, Supreme, is called in to help as he is the only person on Earth whose strength possibly rivals their foe. Unfortunately, the arrogant man sets off alone to face down Amok, now in the Florida Everglades, by flying from the Kalyptan starship under his own abilities.

Wally teleports himself and his partner down to the behemoth’s location where they find him slaughtering the alien hunters assembled to track and kill Pitt, who mistook the powerful Amok for their prey. Vanguard launches into battle too late to save the trackers but hopes to save his lover, harmed in the battle between the rival alien forces. He is brought down by the last son of Radan who then vows to kill the hero, steal his vessel and then wipe out the entire Kalyptan people for being a party to the genocide of his people…