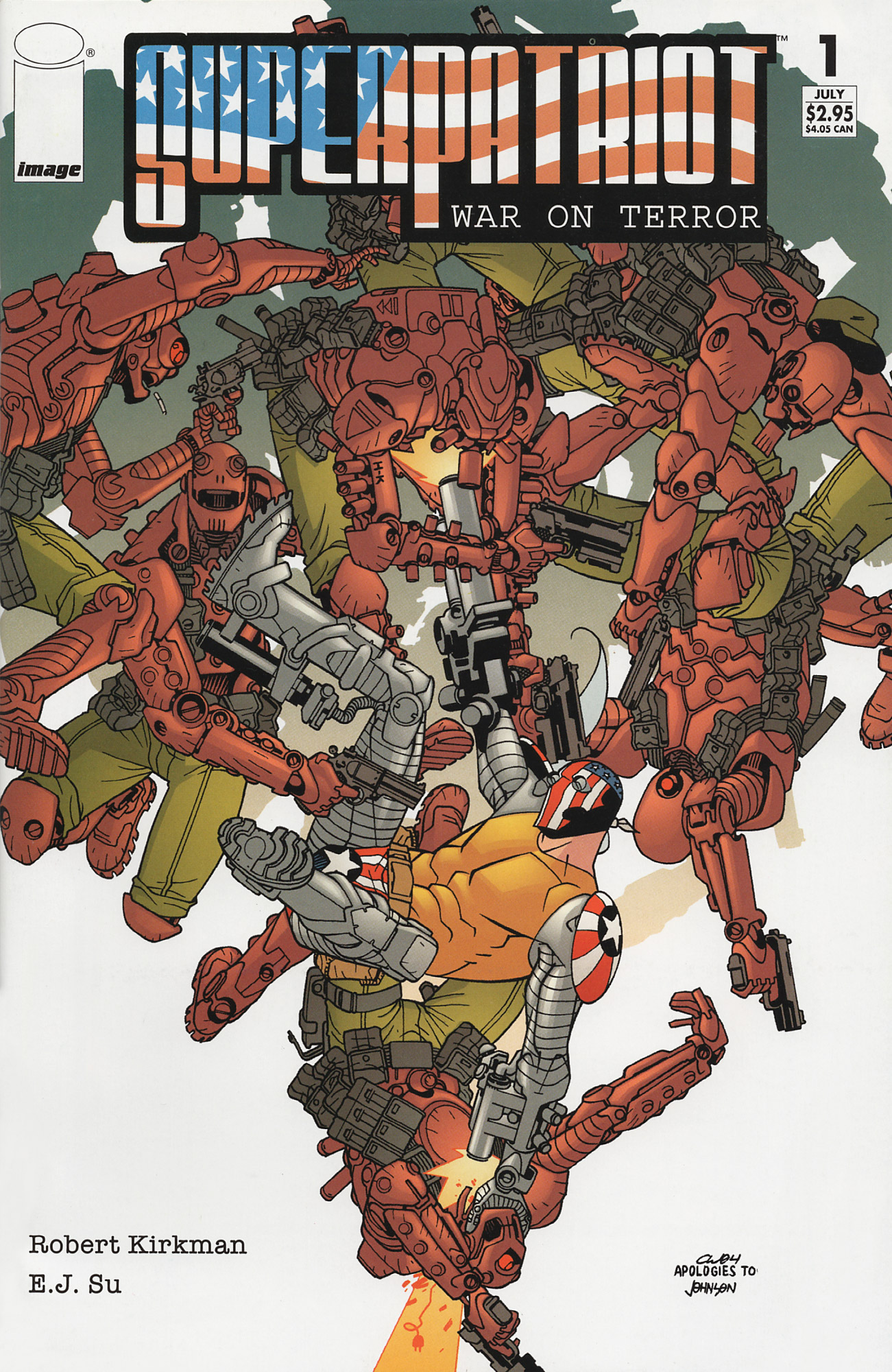 SuperPatriot arrives at a Blockbuster store to return some rented movies but comes under attack by the Hydro terrorist organization. Their commander recites his origins, declaring that he had been the leader of G.U.A.R.D. and that he was the sole survivor when SuperPatriot defeated them to free President Bush when he had been abducted by his former agents. This survivor was saved by Hydro’s high commander, Baron Potentate, who groomed him to become his replacement. With his story complete, SuperPatriot simply shoots him through the head before gunning down the rest of Hydro.

Later that day, Claire Bono is at work as a book publisher and holds a meeting with Debbie Grayson whose husband has apparently recently died. Claire secures that all of Nolan Grayson’s royalties are paid to Debbie. SuperPatriot knocks at the window of his wife which startles Debbie and he apologizes for his intrusion. He speaks with Claire about picking something up for dinner before departing, leaving Claire to talk about how life is tough when married to a superhero. She has no idea that Debbie’s husband was actually the hero Omni-Man.

After she returns home from work, Claire discovers her husband simply sat on the sofa looking distressed. She tries to comfort SuperPatriot and realizes that he is still mourning the recent deaths of his children, Liberty & Justice. The hero cannot shake the feeling that if he had not been the pair’s father then they would not have followed in his footsteps as crime-fighters and would still be alive.

The late night movie watching is interrupted when SuperPatriot is contacted to help deal with a situation at Stronghold Penitentiary. Hitler’s Brain had escaped from his cell and had enslaved the guards. He was preparing to have them kill one another when SuperPatriot bursts into the prison and draw the villain’s attention. The guards and then other released prisoners are sent to swarm over SuperPatriot but he fights his way through to grab a hold of the brain. He threatens to crush it unless it surrenders and Hitler’s Brain is forced to surrender.

SuperPatriot returns home where Claire starts to lecture him about leaving the toilet seat up but he is unwilling to take the blame for something he does not feel is even wrong. He points out that men always have to check to make sure the seat is up when they go to the bathroom so why do women seem incapable of doing basically the same thing. As the couple playfully argue, SuperPatriot declares that he loves Claire and would like for them to have a child together.

An elderly man eats in a diner where the waitress accidentally knocks his drink over him and goes to grab a towel to clean up the mess. She gets distracted by someone she starts flirting with and the old man gets up to leave but is confronted for not paying yet. He later heads to pick up some groceries and is horrified to find a mother allowing her son to repeatedly strike his car with a shopping cart. On the way home he gets into a collision with another car, the driver of which rants at him about being useless due to being so old. After he goes to bed a boy playing baseball outside knocks a ball through his window before giving him some attitude because he was annoyed by the broken glass. This is the final straw for this elderly man and he opens up a hidden compartment in his wardrobe revealing that he is actually the Nazi villain named Baron Blitzkrieg…