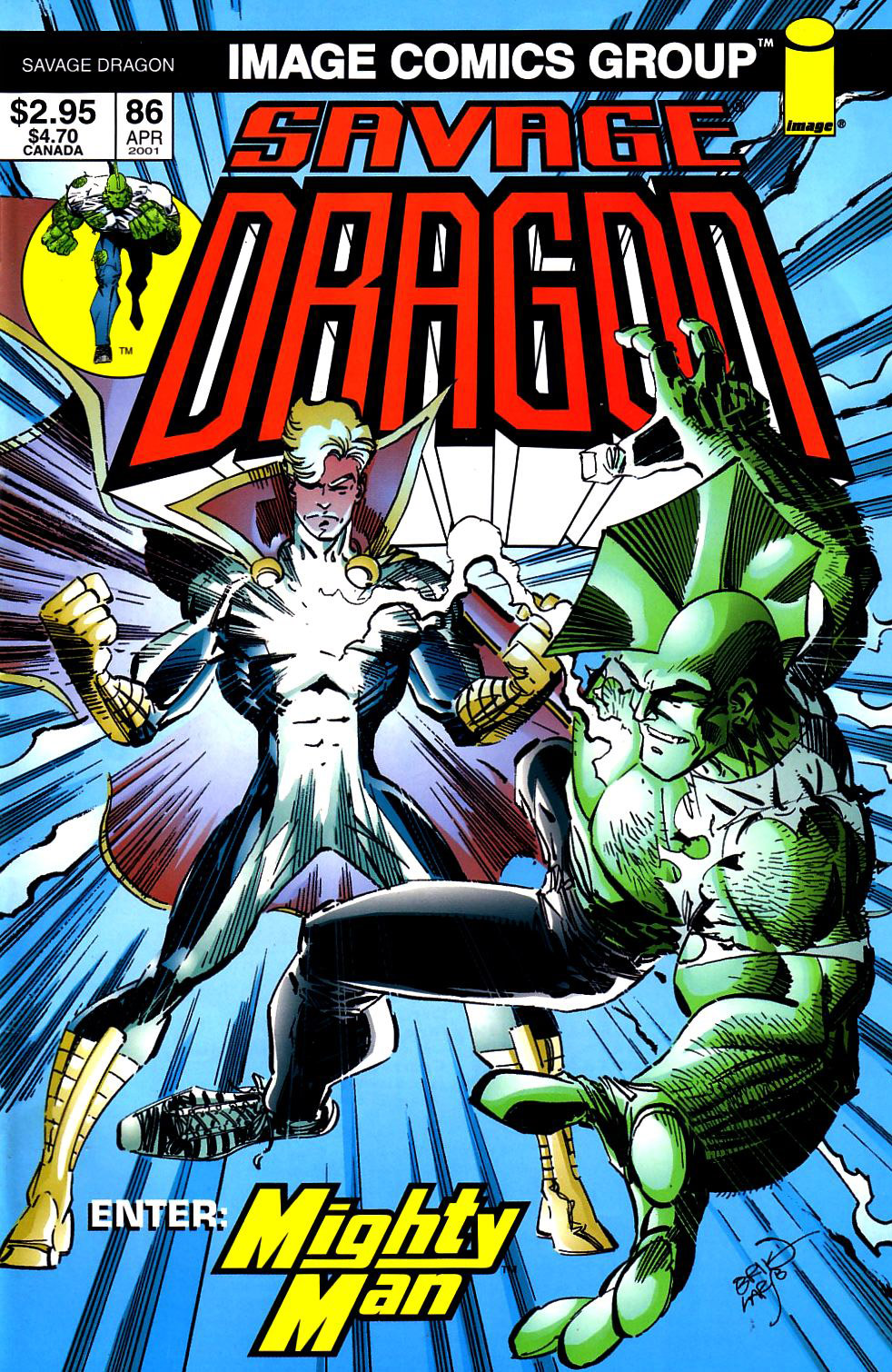 Two scientists debate whether or not Dragon was killed when CyberFace activated the fire pit in Pittsburgh. One of them is convinced that the hero is dead whereas the other has been studying the footage and believes that a blue rim light was visible moments before the ignition. He suspects that this is a clue to Dragon having survived but his colleague dismisses his concerns.

This light had actually been an after effect of Vanguard’s teleportation system as he had witnessed the execution broadcast on television. He brought Dragon aboard his spaceship and is now overseeing his recovery as his lower half gradually regenerates. The fact that CyberFace has enabled Vanguard to remain aboard his vessel surprises Dragon. It is explained to him that as his mission is to not interfere in human affairs but to safeguard the planet against his people’s enemies he has been granted permission to continue his assignment.

Dragon is unsure how much of a shared history that he has with Vanguard in this reality but their initial meeting is confirmed as having occurred. He then explains all about how he had killed DarkLord, resulting in the creation of this devastated world. Wally activates the gravity in Dragon’s room and he takes his first tentative steps with his weakened legs. It is not long before the regeneration is complete and Dragon is ready to return to his quest to depose CyberFace.

As it is not possible for Dragon to simply teleport to CyberFace’s current location and kill him, the hero opts instead to try and locate some allies. Vanguard is asked to locate Jennifer Murphy through his address and telephone directory but comes up with thirty possible candidates. Dragon asks about Ann Samantha Stevens and gets one match. He is convinced that this is the person he wants as this person lives in Kansas City, Missouri and the Ann he knows hails from there. After Dragon has been transported down to Earth, Vanguard hears a noise but cannot get a hold of Wally. His spaceship is surrounded by a fleet of flying saucers and his part in Dragon’s survival seems to have been discovered.

Dragon materializes on Earth and walks into Kansas City which he notes is nowhere near as damaged as the other places he has visited thus far. He scares off a remnant of the savage world in the form of a monster before making his way to the nearest hospital. Dragon begins asking after Ann and he is soon answered by Larry Bradford, the current boyfriend of Ann. The hero had been thought dead after the recent execution broadcast and his appearance here startles Ann.

Ann is taken to an abandoned warehouse by Dragon where he asks why she is not out trying to save the entire world instead of simply working as a nurse. It becomes obvious that Ann has no idea that she is the current host of Mighty Man. Dragon strikes her wrists together to trigger her transformation into the World’s Mightiest Man. He then explains that she inherited these abilities from Robert Berman when he passed away in Hillman Hospital whilst she was holding his hand.

This revelation leaves Ann feeling unwell but Dragon tries to get her to push passed these fears and embrace her powers. He knows that if she had learned of her abilities years ago then millions of people would still be alive and Ann must learn how to function as Mighty Man. Dragon needs Ann’s help in overthrowing CyberFace and Mighty Man would be an ideal candidate. Their conversation is interrupted when monsters burst in and attack. Dragon pretends to be near death as the monsters swarm him, tricking Ann into reacting in her powered form. Mighty Man beheads two of the creatures and sends the survivor fleeing for its life.

Dragon sees this as the first step in Ann’s journey to become a superhero and he advises her to practise with her powers. He cannot remain in Kansas City training the new Mighty Man as his presence will soon be discovered and Ann’s life could be in danger. He suggests that she not reveal her alter ego to even Larry for fear that it could leave her vulnerable. Dragon then departs in search of new allies but will call upon her when the time is right.