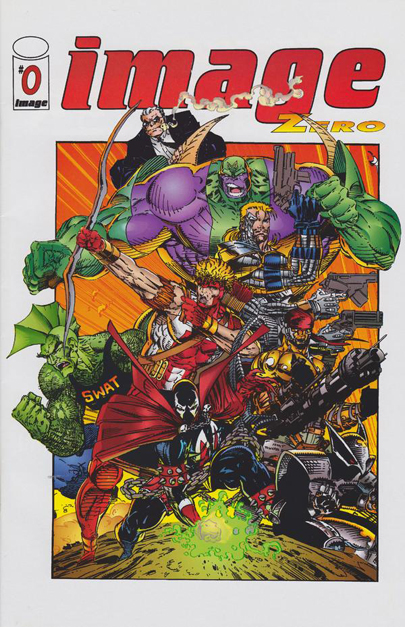 Dragon attempts to shave first thing in the morning but is interrupted by Debbie Harris who gives him a big hug. She suggests that perhaps he should grow a moustache to look like a hunk but that notion is shot down immediately. Debbie then tries to tempt him into forgetting about getting read for work by heading to bed with her but she is instead sent out of the bathroom.

Debbie begins teasing her new boyfriend about reading GQ magazine, the latest edition of which features popular singer Peter Klaptin. Dragon asks her watch the television or something and when a knock at the door is heard, Debbie is asked to answer it. She fears that her mother has come for her but Dragon points out that they would have to deal with that situation sooner or later. As Debbie opens the door she is shot dead by a gunman. As Dragon races to the door he is unable to prevent Debbie’s killer from taking his own life with his weapon.

NOTE: This story continues from SAVAGE DRAGON #3 (of 3)