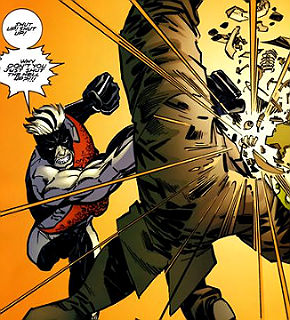 When Ronald Winston Urass was attempting to get Dragon elected as President, with him in the Vice-President role, his campaign started to meet with some resistance. It was stated that unless Dragon came out and publicly announced his intention to become the President of the United States then no further support would be gained. Urass used his mastery of robotics to create a duplicate of Dragon to accomplish his goal. Unfortunately, a revenge-seeking WildStar confronted what he thought was the hero and destroyed the robot live on television, exposing the ruse perpetrated by Urass.