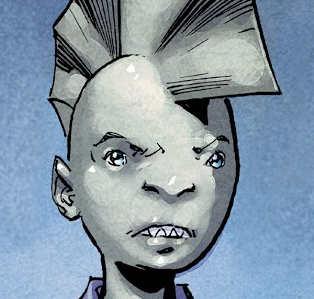 Billy Summers is the son of Dart II and Battle Dragon.  He was born during a time Dart II was incarcerated and was put in foster care. He was first seen in the book when Dart II broke into a facility he was being raised in and kidnapped him. Dart II brought Billy with her when she relocated the Vicious Circle to Toronto, Ontario, Canada. Following Dart II’s death, Billy has been cared for by the Vicious Circle member Insect.