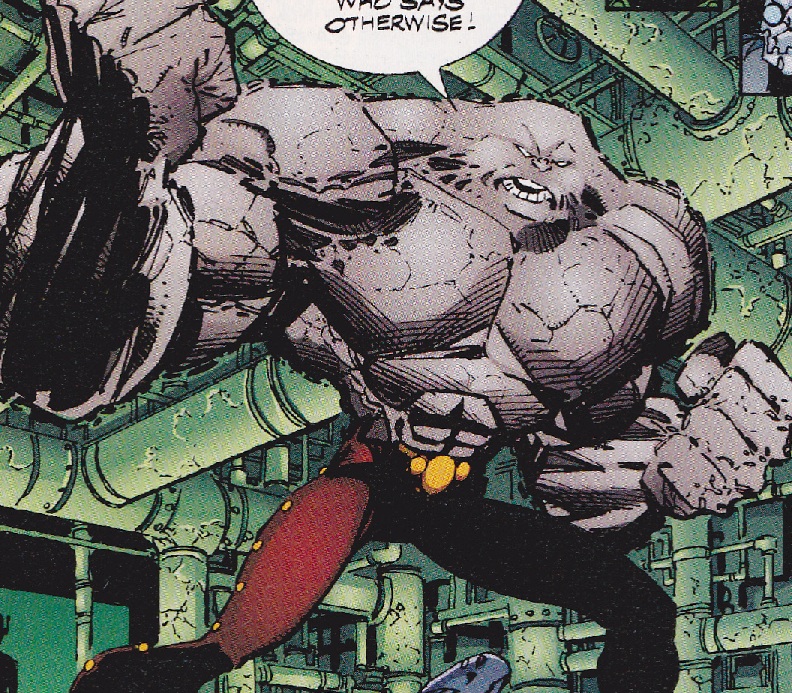 During the Gang War, Slab attempted to use brute strength in order to claim control of the Vicious Circle. He met resistance in the form of many of his colleagues that had gathered behind Negate. Several years later, Slab became part of the strike force assembled by Mako to take down Solar Man but was killed by the death-dealing hero.