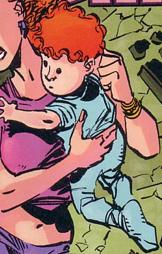 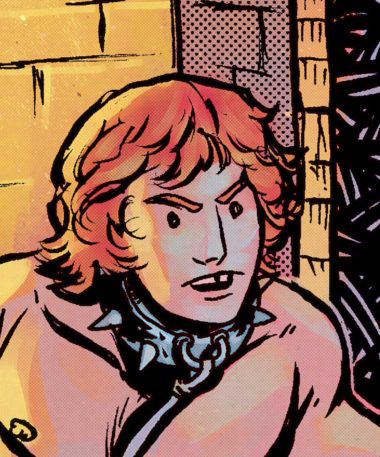 Dragon and a young woman named Annie trekked up a mountain in search of the Hidden City of God Town. Dragon had sought aid from the Gods in his war against CyberFace but their vow of non-interference prevented them from acting. Dragon reacted violently to this news and was teleported away. Annie was then escorted down the mountain by Thor who took this opportunity to rape a mortal woman for the first time in centuries.

Annie was left broken and bleeding but eventually made her way back to civilization where she discovered that she was pregnant. A son named Oliver was born but a few years later, Thor learned of this birth. He confronted and killed Annie, taking Oliver with him back home to God Town, renaming the child Mikki.

Later as a teenager he frees his father from God Town. While helping his father he encounters Malcolm and is accidentally killed when Thor’s hammer strikes him in the head, causing his head to explode.