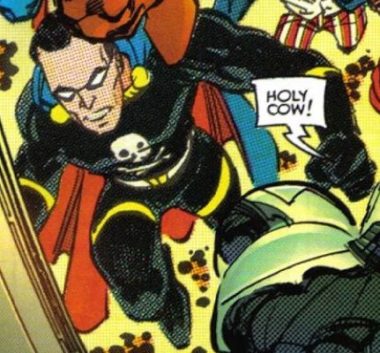 Black Terror was one of the many Golden Age super heroes that were held captive by Solar Man. He was abducted by Solar Man who was desperate to increase his power levels and so he captured many of his peers and locked them away in a device hidden within his Citadel of Seclusion headquarters. This chamber converted its occupants into energy that then fed Solar Man, augmenting his abilities. It was not until around sixty years later that Rex Dexter released this army of Golden Age heroes from their prison as he sought to find a method to defeat Solar Man.

After regaining his freedom, the United States government eventually recruited Black Terror for the Special Operations Strikeforce (S.O.S.) team.  As a member of the S.O.S., he helped thwart a major Demonoid invasion of Chicago.