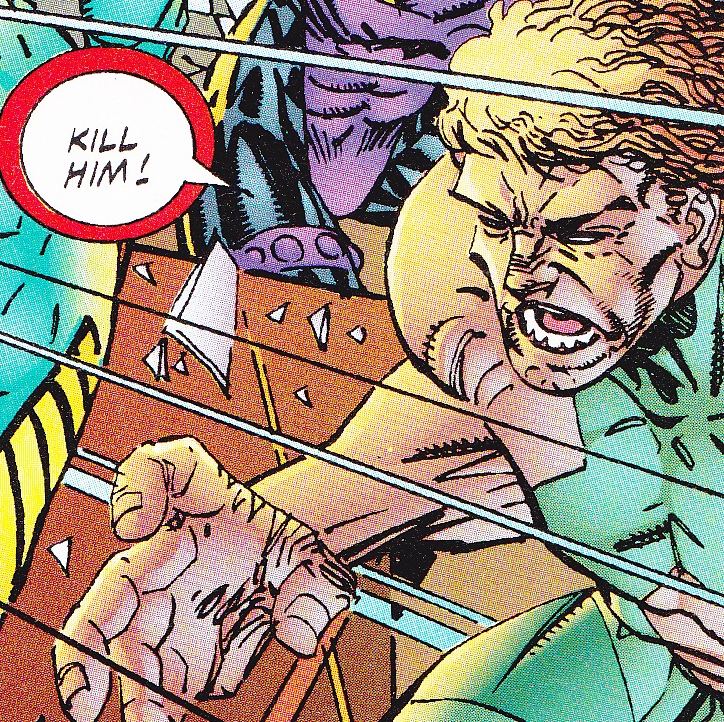 War Hawk was one of those villains that were disgruntled with the rule of OverLord over the Vicious Circle. He was recruited into the Annihilators by CyberFace and they were all folded into their parent organisation once their leader conquered the criminal group.

When FirePower becomes leader of the Vicious Circle, War Hawk becomes one of his most loyal members. Due to this, Dart II seeks him out and murders him by slicing him into multiple pieces.