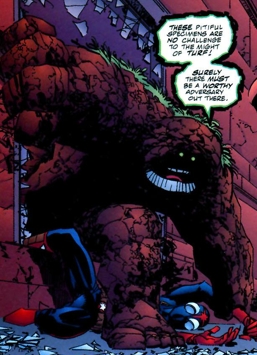 Turf was a criminal freak that came into contact with Dragon and Smasher when they were debating whether or not to return to service with the Special Operations Strikeforce. Many years later, Turf was performing similar criminal acts and was defeated by Malcolm and Angel Dragon. The teenagers were taking part in on the job training whilst being monitored by their mentor, SuperPatriot.