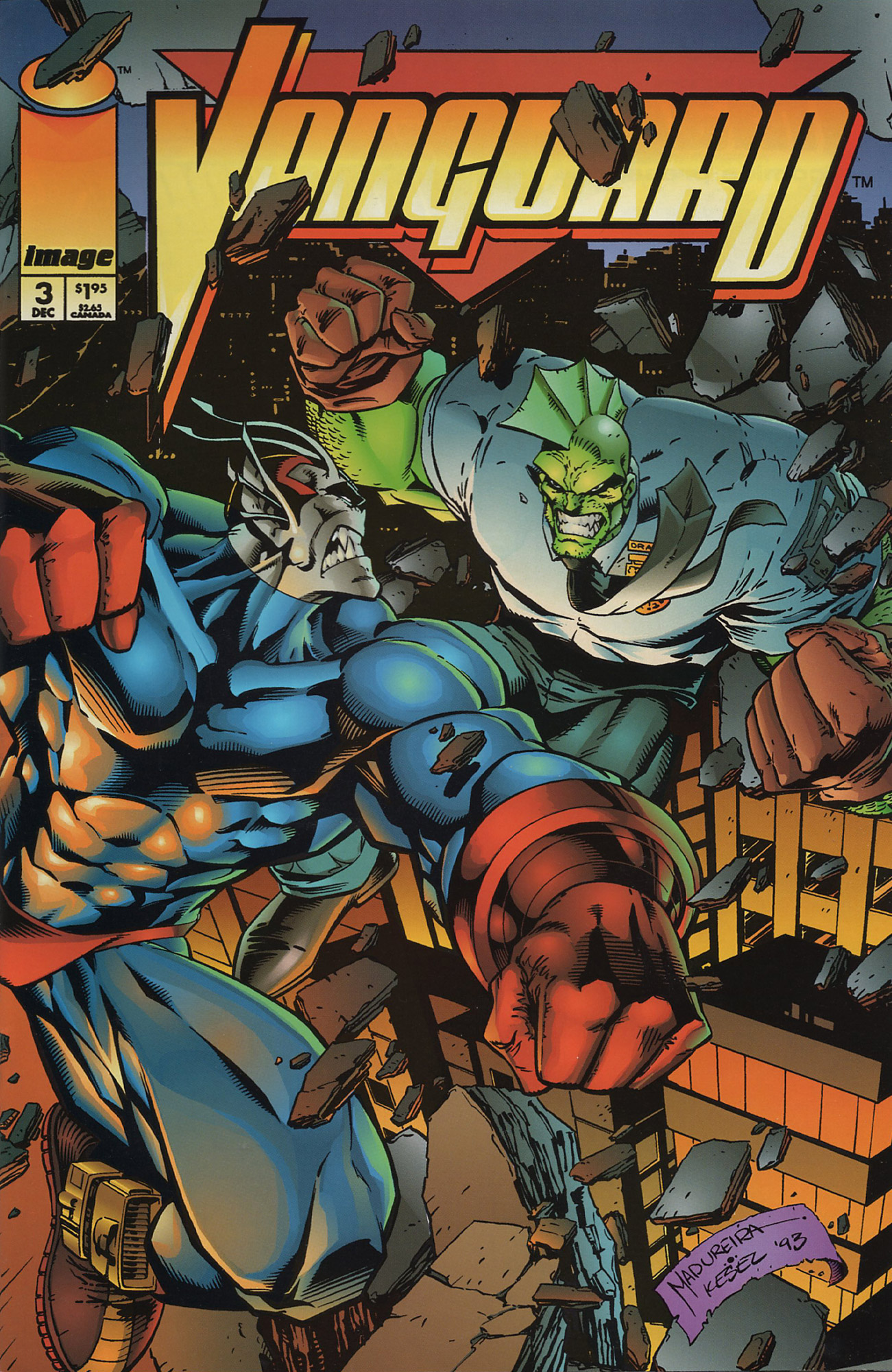 A half-naked Vanguard is spotted by a number of witnesses after he foils an attempted mugging of a local politician. The superpowered police officer known only as Dragon begins an investigation into the sightings and tries to interview his prisoner. He quickly realizes that his captive is a doppelganger, punching it out to reveal it’s true form. Lurch continues his programming to continue whatever his master was doing, and the shape-shifter escapes from it’s bonds.

Lurch dons the battlesuit of its alien commander and flies out of the police station and eventually hovers past the young warrior, Vanguard. The hero draws the attention of his morphing aid and deactivates him so that he may reclaim his power-amplifying clothing. Dragon finally arrives on the scene and mistakes the teenage alien for his quarry and attacks him.

Roxanne Wells explains that she had found the translator helmet of Vanguard to his robotic companion. She is then dispatched with a new helmet to the site of the fight between the alien and the freak policeman. Once the helmet is fixed up, the pointless battle with Dragon is ended and the two heroes become allies. Wally suddenly teleports down to Chicago after being reprogrammed by an unknown being and is forced to attack his partner…