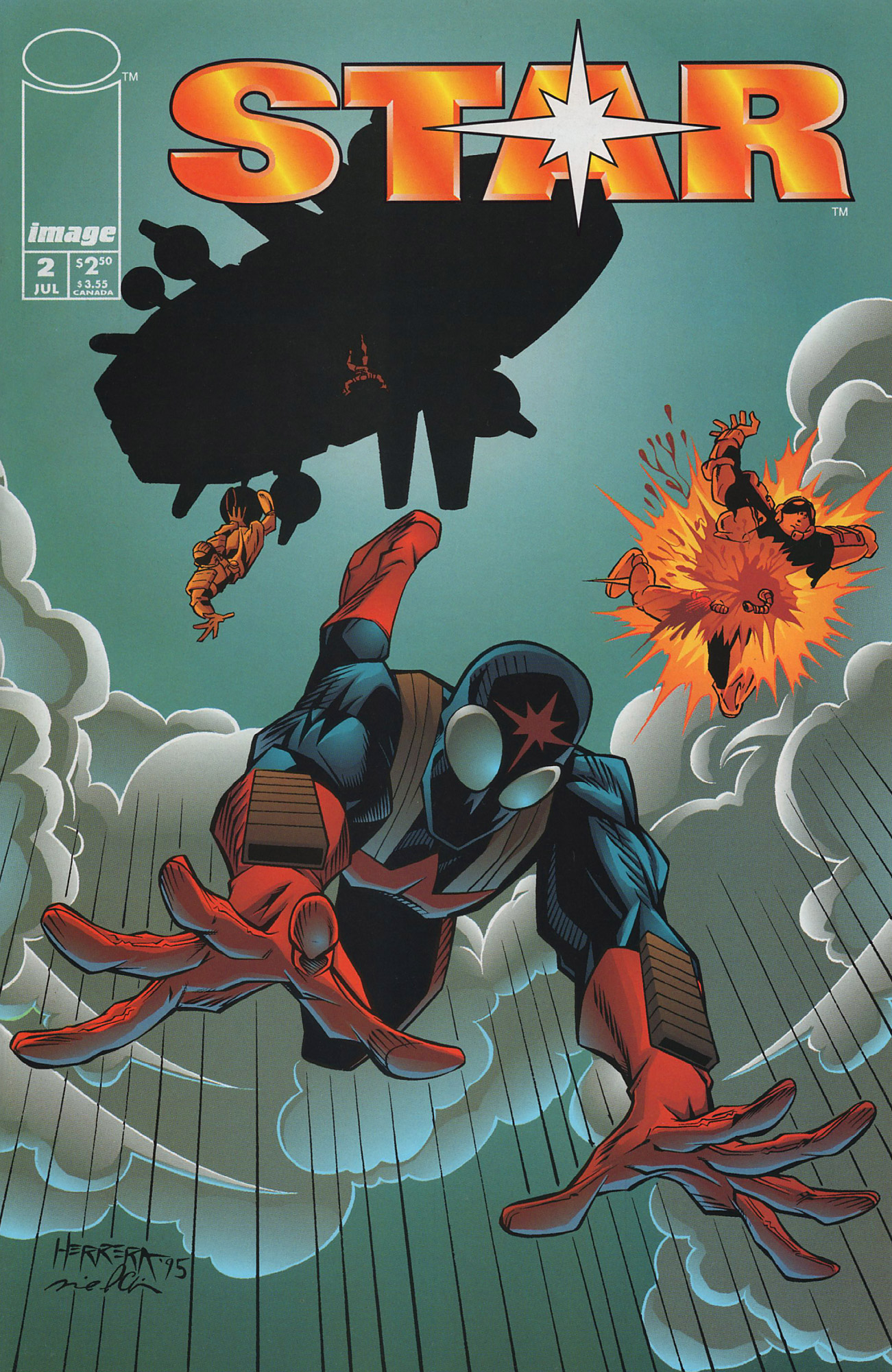 Star diverts the path of the aircraft carrying him to his death by gradually dragging them in the wrong direction. One-by-one he disables the jet fighters and lands in a nearby field. The superhero gathers up one of the wrecked devices and takes it to a scientist friend’s laboratory so that he may dissect the vehicle to learn just why it is an exact scaled down version of a real jet fighter. Gathering some information from the Dragon, the costumed hero tracks down a criminal who may have some data that could help in his inquiries.

Back at his apartment, Peter Klaptin relaxes in his hot tub where the swimsuit model he recently rescued is waiting for him. She reveals she had suspected the rock star to be the man who saved her, and his own boasting gave away his secret. Chris Robinson receives a phone call from the Vicious Circle who instruct him to warn his employer away from his second life as it is interfering with their activities. The criminal organization also warn him that they are aware he used to work for them along with his brother and are prepared to eliminate him if they must.

At a meeting between a criminal businessman and possible new partners, the CEO of Securitech contacts OverLord over the phone to request superhuman aid to rid himself of the menace of the meddlesome hero known as Star.

Peter Klaptin arrives to meet with his band for a sound test before a mammoth concert. Just a few seconds after beginning, a huge aircraft appears as if from nowhere and deploys a sonic weapon that collapses the stadium the band are within…