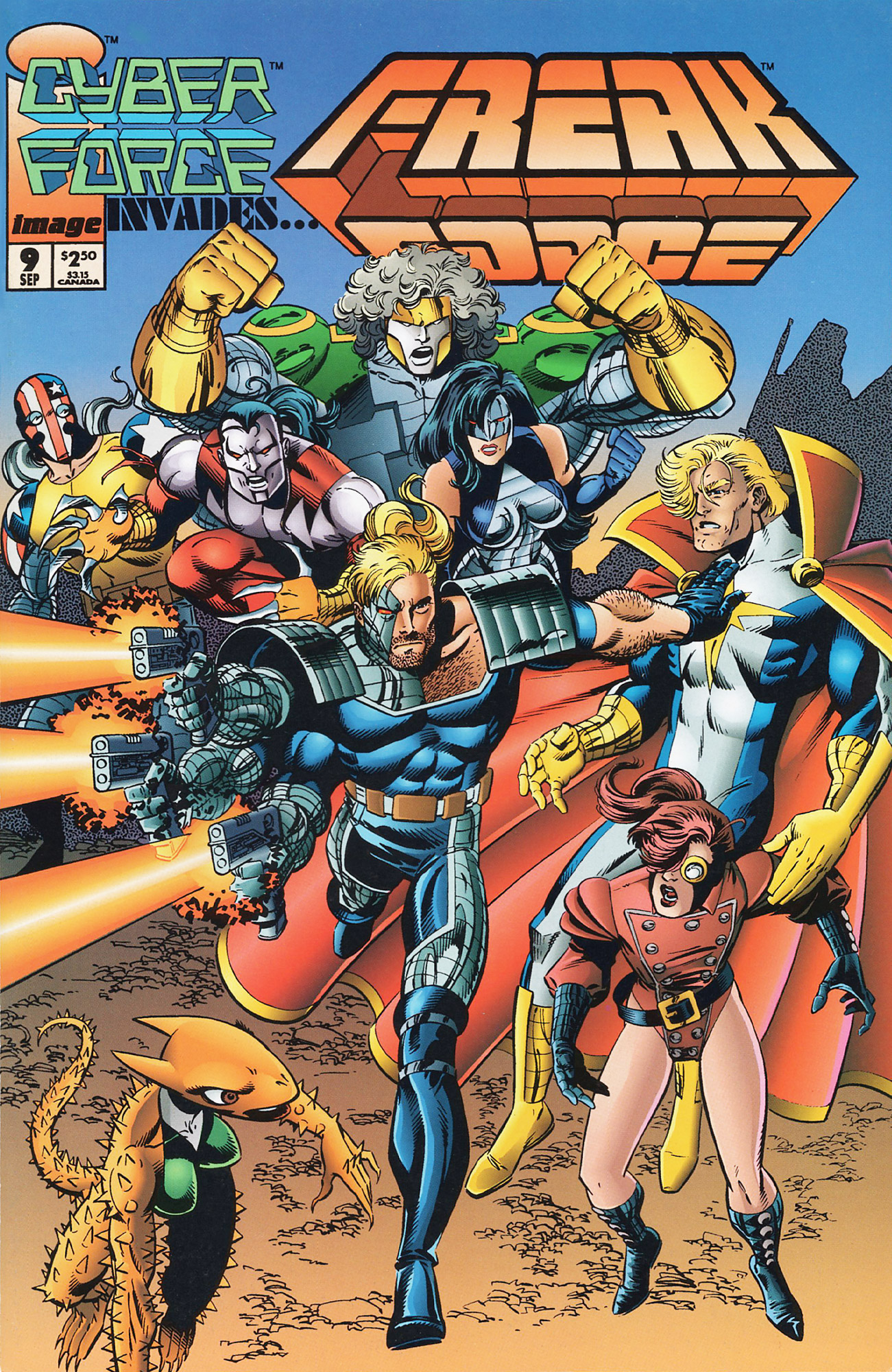 Cyber Force demand that the matrix unit be handed over to them but Mighty Man is hesitant to part with the alien unit. It suddenly animates the plant-life in the surrounding area and transforms it into killer tentacles that attack the gathered heroes. As they defend themselves against this threat, the unit begins to summon reinforcements to protect it.

The rest of Freak Force is still struggling with the Matrix Swarm and the male members opt to rejoin their female teammates. They witness Wally’s spacecraft completely covered with the robot ants and they reluctantly abandon this reunion. Vanguard suggests that they travel to the matrix unit to destroy it which should save their friends. Barbaric gives a glancing look back at the vessel and worries that Ricochet is trouble.

Aboard the spacecraft, Wally leads his companions through to a chamber before sealing the Matrix Swarm outside. He warns that the ants will adapt soon and breach the metal doors but they instead come through the ventilation units instead. Horridus horrifies her teammates by jumping into the middle of the swarm but she surprisingly is not killed and instead kills many of the creatures. Dart gets an idea and they lead the invaders into the air lock and remove all pressure from the section to give the ants a dose of the bends. The Matrix Swarm then break off their attack to return to their power source, prompting the heroes to pursue.

Vanguard and the remaining members of Freak Force reach the unit but Barbaric is thrown away by the alien vines. The heroes hold their own against the Matrix Swarm but when Mighty Man takes hold of the unit again, it transforms the ants into miniaturized versions of him. Vanguard suggests that the fly the unit into space although the superhero is unsure that he can survive in the vacuum of space. The other heroes present simply watch on helplessly as their allies try to save the day.

With the danger over, Cyber Force depart and leave Vanguard and Wally to take the unit away to store securely. Jake Farrell is pleased with how events played out as he now knows that Freak Force can be manipulated into aiding the government given proper motivation. Freak Force are given a helicopter ride back towards the United States but Ricochet points out that they still need to locate her boyfriend. Barbaric stumbles across the Brazilian landscape until he is arrested by the police for entering into the country illegally…