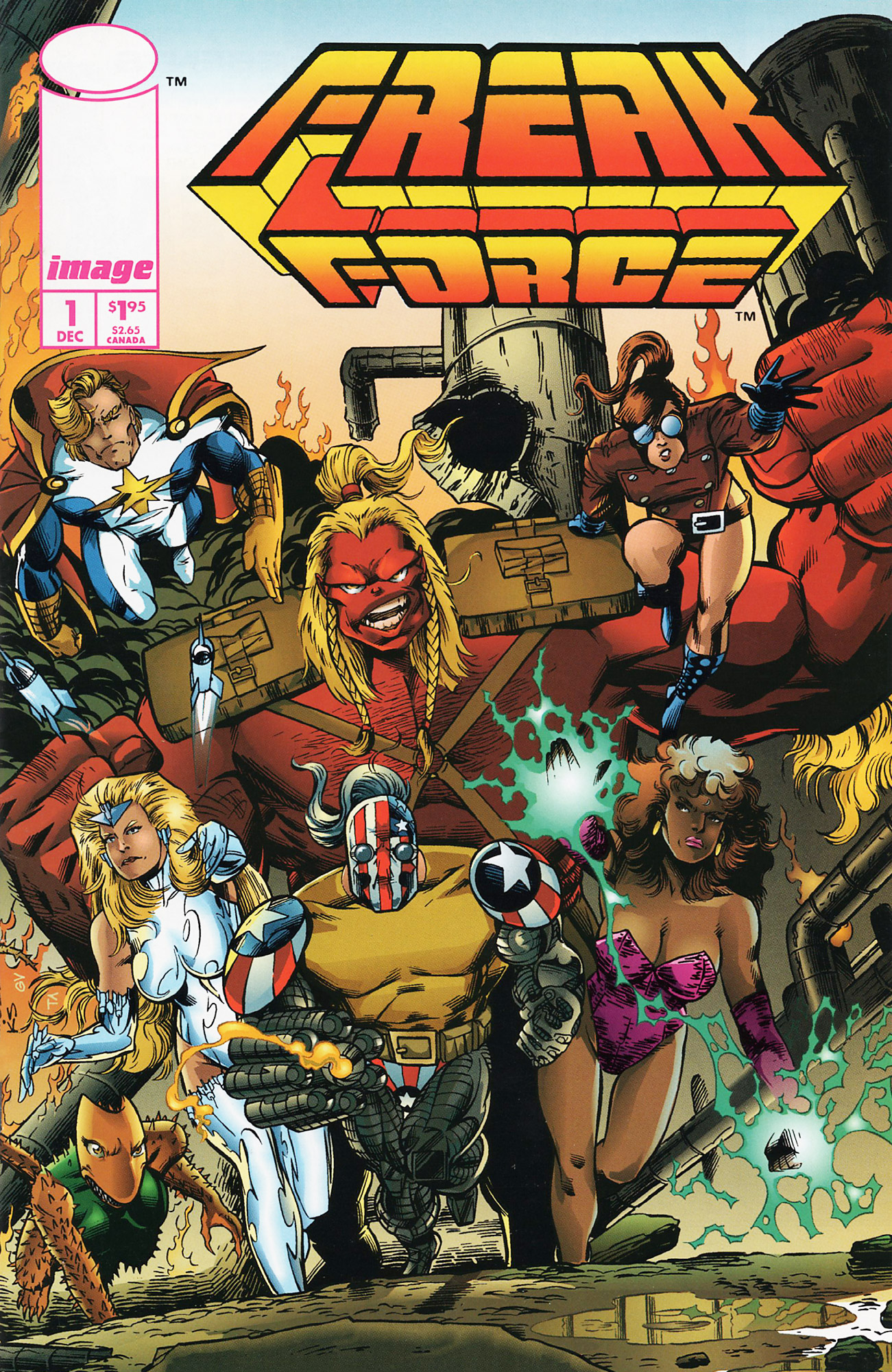 Phyllis Deeder returns to her apartment and is confused as to why a crowd has gathered around her building. As she gets closer Phyllis is annoyed to discover that Barbaric is sat outside on the fire escape and it is his unusual appearance that is drawing the attention. She gets inside her apartment and rants about Freak Force failing to keep a low profile like she had asked. Barbaric had been breaking things due to being too big and so was sent outside.

Major Disaster has been attacking major oil and chemical corporations due to his eco-terrorist nature. He tips off his next victims before his assaults as he is that confident that he cannot be stopped. The thought of aiding businesses that contribute to pollution does not sit well with SuperPatriot but he puts aside his political beliefs due to Major Disaster killing people during his attacks. The reward money is also being boosted by the oil company to a quarter of a million dollars which will enable Freak Force to purchase their own headquarters.

The latest terrorist attack commences and Freak Force is soon on the scene to deal with the situation and Mighty Man takes the lead. He flies directly into a huge punch from Major Disaster’s abilities which involve manipulating pollution into different forms. SuperPatriot comments on flames blocking the villain from them and so Barbaric simply throws him at their foe. Ricochet bounces over to distract Major Disaster which allows SuperPatriot to get in close but he too is launched away.

Dart impales the terrorist with some of her weapons but is then cast aside but this allows Mighty Man to recover and knock Major Disaster down. Rapture unleashes a powerful electrical discharge to weaken him before Barbaric delivers the knockout punch. Major Disaster’s costume fades away as that had been created out of the pollution too. He begins to stir again but Horridus strikes him back down with her tail. Dart is furious that the conflict lasted far too long and their teamwork needs some serious work.

Sometime later, Phyllis walks into the new offices of Freak Force and receives an update on how the renovations are proceeding. Dart has now gotten SuperPatriot ranting about their performance while she is out finding some office furniture. Phyllis checks on how Mighty Man is dealing with life as a superhero but he seems to be doing okay for now. The two friends then set about decorating the building with Christmas items as they know it will annoy Dart.