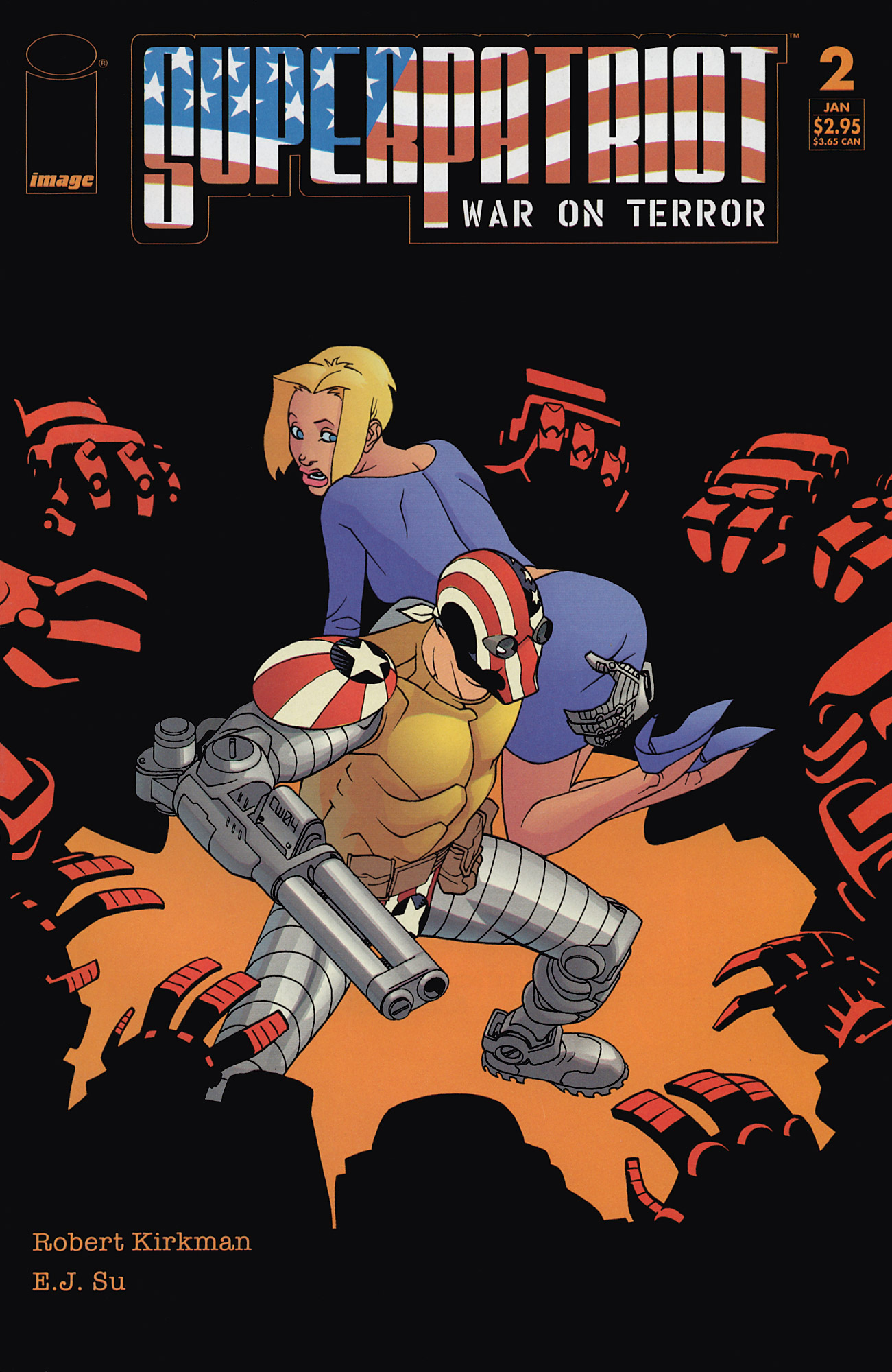 Baron Blitzkrieg dons his armor for the first time in a few years and returns to his former headquarters where he gains access to the sub-basement. He makes his way through the facility and is relieved that the government’s search after BrainiApe’s defeat did not uncover his secret corridors. Blitzkrieg makes his way through a series of tunnels until he is reunited with his reserve army of Nazi soldiers. This force is then taken back to the small town where he had been living so that he can extract revenge.

The first attempt at trying to conceive a baby is enjoyed by SuperPatriot and his wife before Claire Bono has to go into work. She arrives at the Funk-O-Tron building where she is cornered by her employer, Earle Sutton. He claims that Debbie Grayson had been distressed after her meeting there the previous day due to SuperPatriot appearing at the window. Claire points out that she went for lunch with Debbie after this incident and there was no sign of her being upset. She suspects that this is merely a ploy by Earle to have SuperPatriot banned from the building as he is uncomfortable hitting on her now that she is married.

SuperPatriot visits the graves of Liberty & Justice and has a tough time addressing the remains of his murdered children. He confesses to feeling guilty over never really getting to know them due to their mother keeping their existence from him. The hero regrets missing out on their childhood and wishes that he could have had more time with them. Bud Ugly suddenly attacks SuperPatriot after seeing him at the cemetery and wrongly assuming that he was there for him. The misunderstanding is soon explained and the super-freak apologizes for his actions.

The Nazi soldiers storm into town and begin their invasion by slaughtering everyone at the diner where Baron Blitzkrieg had had his drink spilled over him. He is insulted that the waitress responsible does not even recognize him but carries out the mass murders regardless. The villain then takes his forces to the mall where his car had been damaged. The mother and the child responsible are not there and so he orders that all the other vehicles present be destroyed and he not bothered if their drivers all end up getting killed in the process.

Claire returns home from work and finds a morose SuperPatriot just sat motionless on the sofa. She learns that he had been to see the graves of his children and offers to cheer him up through sex. After the couple are finished, a phone call is received which summons SuperPatriot to the Pentagon by Jake Farrell. He reveals that the wife of Baby Killer, the villain who murdered Liberty & Justice, is pressing charges against him for the death of her husband.

Baron Blitzkrieg returns to the site of his car accident and he orders his army to eliminate anyone they can find. He then heads back to his house where he kills the boy who broke his window with a baseball before murdering the child’s father too. The mayor is informed by his assistant that the police have failed with dealing with this threat but their communications systems have all been cut off and they cannot call for the National Guard. A knock is heard at the door and the assistant answers as Blitzkrieg walks inside where he declares that he is now in charge of this town…