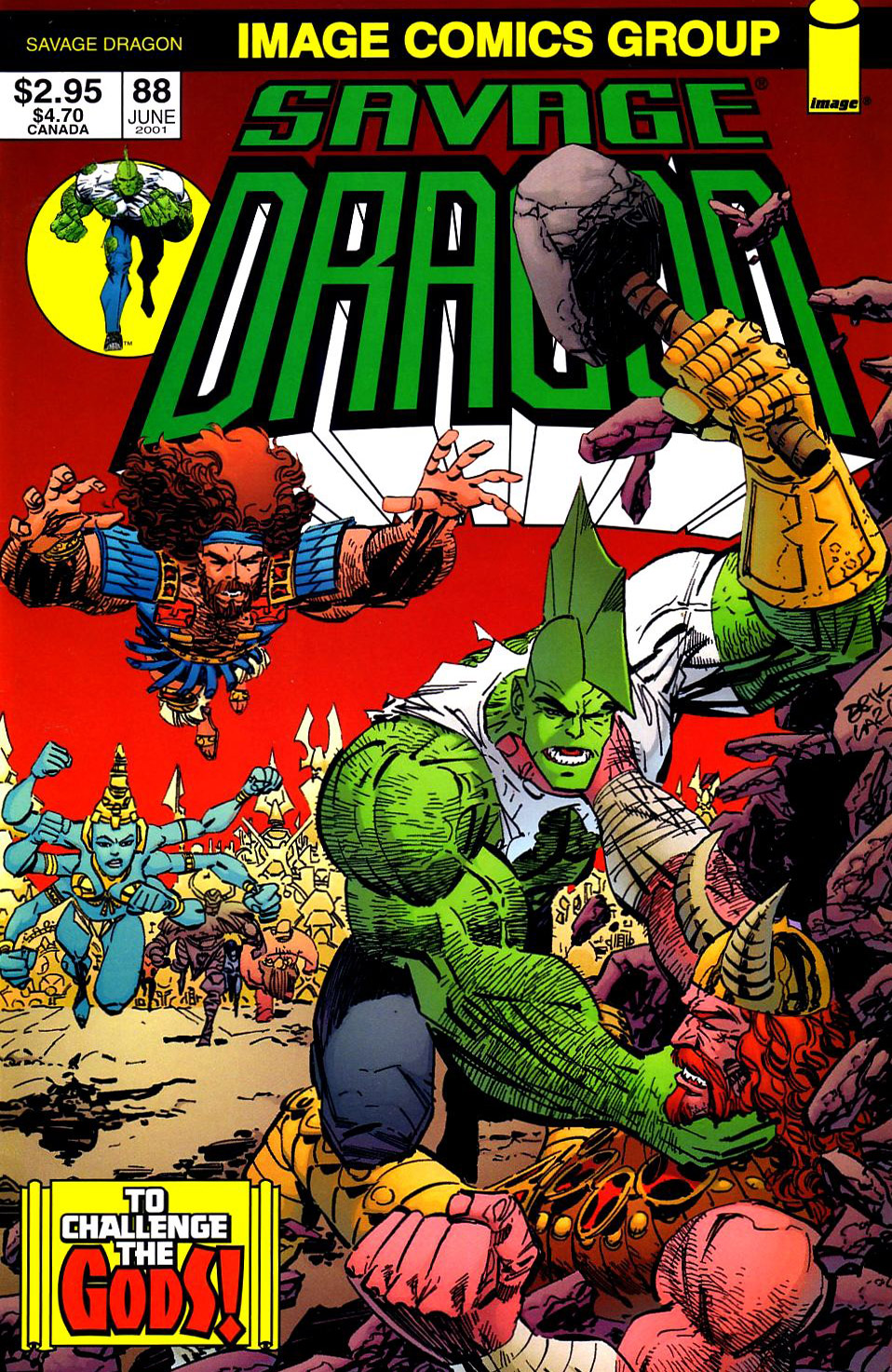 Annie catches up with Dragon as a quartet of young gods retrieve him from the wreckage caused by his crash-landing. She is concerned over his loss of a limb but Dragon assures that it will have grown back before too long and it is no big deal. The Gods are fascinated by Dragon’s appearance and walk him back into a section of the building that had been untouched by his impact. The Seeker hovers in silence on the outskirts of the city, indicating that he is not affiliated with the Gods and is honouring the pact of non-interference between the Gods and CyberFace.

As the Gods question Dragon about his unknown origins, Thor arrives at their quarters with orders from Herakles to escort the two visitors back down the mountains. Dragon briefs Annie on the history of this deity and comes up with a plan. Thor dismisses the young gods before Annie approaches him, playing on his desire to be with a mortal woman once more. She points out that they have time for moment of passion and convinces Thor to remove his hammer and gauntlet. Thor agrees to this union and instructs Annie to remove her clothes and cannot understand why she starts to shake with fear.

Thor then discovers that he has been tricked as Dragon has taken possession of his weapons, knowing that he would need the gauntlet if he wished to avoid the severe injuries the last time he took hold of Miolnir. Dragon strikes at Thor but the enraged God of Thunder retaliates by punching Dragon clear from the confines of God Town. This allows the Seeker to make a move against his target but the mystical hammer is hurled at him, destroying the glider and taking out its rider.

Dragon watches on helplessly as Miolnir continues on with its path and returns to its rightful owner, part of the same enchantment that gave it its powers. Thor is struck down by his own hammer but Dragon has soon caught up and reclaimed it. Thor refuses to allow a mortal touch Miolnir again and the fight resumes but Dragon soon regains the hammer. The fight spills out to the middle of God Town where Dragon demands that the Gods help him remove CyberFace from his seat of power.

A speech is delivered that highlights how hundreds of millions of people are dead or dying as a result of CyberFace and that the Gods are doing nothing to save them. Thor begins to recover and points out they are forbidden to interfere and that AllGod would not allow them to act on humanity’s behalf. Dragon hits the weakened God once more and even Annie starts to question his actions. Herakles demands that Dragon stand down but the hero’s desperation becomes more evident. He rants about how the Gods have done nothing to help mankind, preferring to simply ignore what is happening all over the world.

When Thor once more attempts to reclaim his weapons, Dragon threatens to kill him which finally causes Herakles to leave his forces into action. He is struck aside but as the Gods’ sheer numbers overwhelm Dragon, Annie finally convinces him to surrender. Dragon agrees to leave but states that he will be taking Miolnir with him. Czhenriblich teleports him away, leaving the stolen weapons behind for Thor to reclaim. Herakles informs Annie that she will be escorted down from the mountains by Thor and that the Gods will never mess with mortals’ affairs.

What Happened on Godworld?
6 Pages

The Gods (Some Die)

Several years ago on Godworld, Radical has the planet’s power source in his grip and vows to destroy it unless he is returned to Earth. He is disgusted that the Gods have kidnapped him and several other super-freaks simply because they are offspring or descendants of them. The Gods point out that AllGod has decreed that they cannot live on their home world any longer and must remain on Godworld. Radical cares little for these commandments and simply wishes to return home to his friends and family.

Radical demands to have an audience with Herakles but is informed that a descendant of Atlas has torn him to pieces. As he recovers, an army of Gods has been dispatched to Earth return him to Godworld which will then free them up to complete the God Squad’s mission to retrieve all Godly offspring. WarHawk stands by Radical’s side and wonders if maybe he should do as the Gods wish and hand over the energy cube before something terrible happens.

The Gods grow impatient and charge the two young heroes and during the resulting fight, Radical accidentally crushes the cube. The Gods immediately break off their assault and flee in search of Czhenriblich, hoping that one of her spells can save their lives. Radical and WarHawk are left behind as the population of Godworld flee to Earth. The entire planet begins to shake apart with explosions until it finally tears apart in a huge detonation of force.