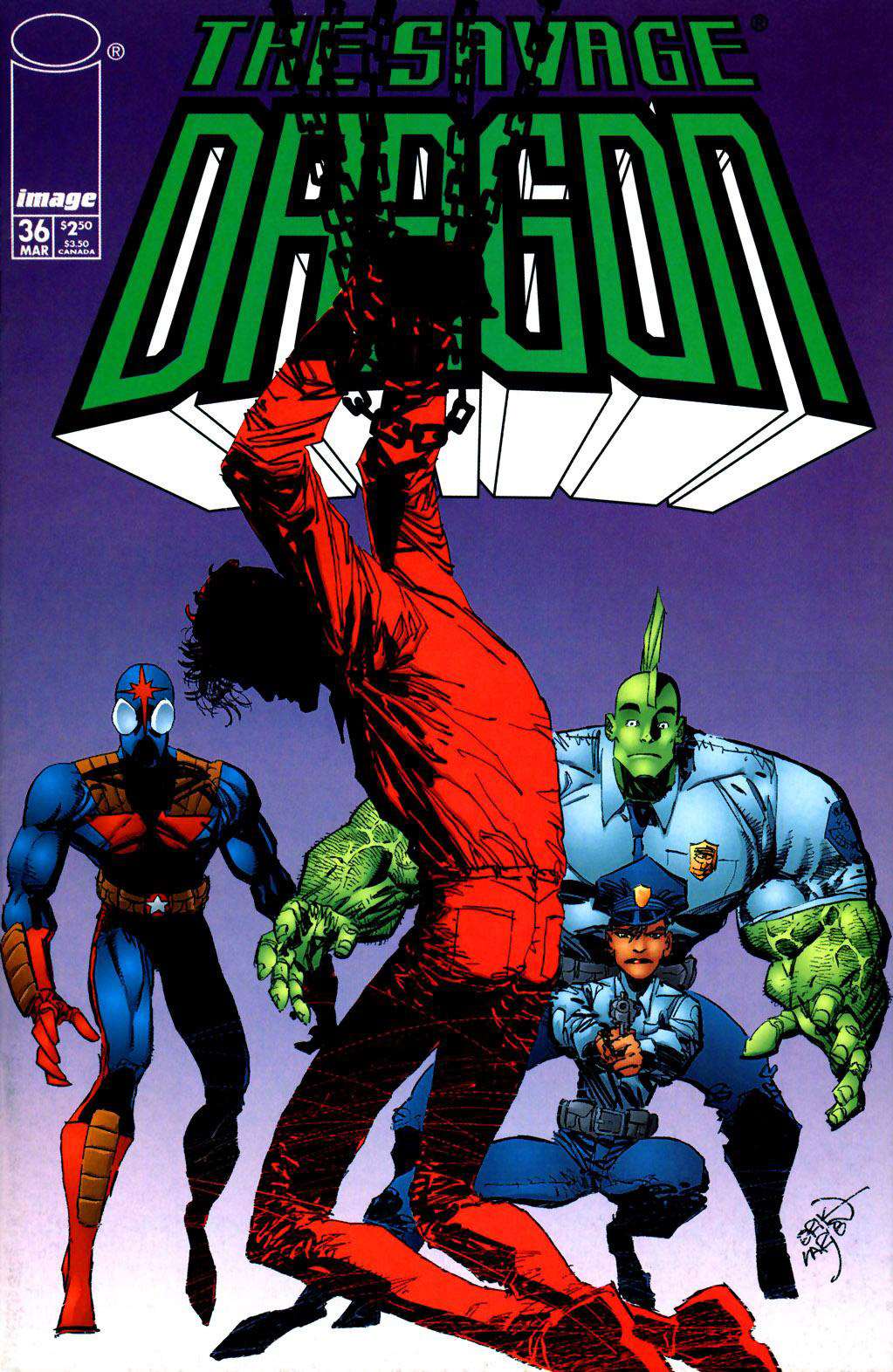 March 1997
22 Pages
NOTE: This issue features a profile for STAR

Star returns to action by fighting a group of toughs and holds his own against the majority of them. He is struck from behind by a behemoth of a man who attempts to rally all of his allies. Dragon grabs a hold of this man and instantly takes him to the ground. The remaining criminals flee from the scene as the battered Star reveals that Peter Klaptin has been kidnapped.

The aforementioned Peter Klaptin remains chained up in a locked room, just as he has done now for several months. He is now telling the truth about having never been Star but his captors do not trust anything he now says. They then mock him for changing his story a mere three months into his imprisonment and demand that he comes clean about the whole truth.

Chris Robinson arrives to pick up Alex Wilde for a date and it is clear that his extracurricular activities as Star have taken a toll on his physical appearance. Alex is worried that her boyfriend is putting himself in danger trying to locate his former employer. Chris shrugs off the concerns as Alex decides that they should simply stay in and give him a chance to heal.

Rita Medermade recoils in disgust at herself after spending a night with Dragon, believing that she is not good enough to be with him. Dragon does his best to ease her insecurities but Rita refuses to accept that she is beautiful, convinced that she is hideous. The next day at work, William Jonson confronts Dragon after being told about the pair having sex. He has had a crush on Rita for years but Dragon took his lack of following through on this as the all clear for him to pursue her. Dragon assures William that there will be no relationship due to Rita’s self-loathing.

A known criminal informant known as Mole is confronted in a bar by Star after the vigilante has rendered unconscious all of the local scumbags inside. Mole offers to give up Peter Klaptin’s location for a price but Star refuses to pay him and instead threatens physical violence. Mole offers up the information very quickly, leading Star to suspect a trap.

Alex approaches Dragon when her boyfriend fails to turn up for work, worried that he has gotten himself into trouble. It finally clicks in Dragon’s mind that Chris is the same man that was once hired as Klaptin’s bodyguard who also fights crime as Star. He is about to tell Alex the truth about Chris when he receives a telephone call from Star to say that Klaptin has been found.

Rita makes a point of personally talking to William about her dating Dragon, not wanting such a good friend of hers to think ill of her. She talks about how she is not good enough for Dragon but William argues that she is gorgeous. He finally plucks up the courage to ask Rita out on a date and is pleasantly surprised when she agrees.

Dragon and Akex meet up with Star who feels awkward having to act differently around his girlfriend so that she does not guess his secret identity. Dragon leaves his allies behind as he goes in to investigate Mole’s tip and finds himself surrounded by the men that had once kidnapped Amanda Mills. These men want revenge for him sending them to prison and have recruited someone that can aid them.

Zeek is a massive super-freak who immediately proves that he is as strong as he looks when he punches Dragon out of the building, sending him flying quite some distance. Dragon leaps back to the scene and updates his companions on what is occurring. Star and Alex will deal with the gunmen whilst he does his best to occupy Zeek. The superhuman battle soon causes the building to become unstable and collapse. Star does his best to protect Alex from harm but Dragon is left knocked out and in the grip of Zeek, helpless to defend himself.

The simple-minded Zeek had been tricked into believing the gang’s story that Dragon had planned to harm them all and that they were his friends. Zeek simply wishes to protect his friends but Alex does her best to make him understand that he has been used. Zeek ultimately drops his captive and slowly wanders off alone. Alex oversees the apprehension of those criminals that survived the building collapse while Dragon heads off to speak with Star. Dragon makes it very clear to Chris Robinson that he will not accept him serving with the Chicago Police Department whilst simultaneously working outside of the law as Star. Chris is given the ultimatum of having Dragon report him to internal affairs for a possible criminal investigation or to quit his dual life as Star.