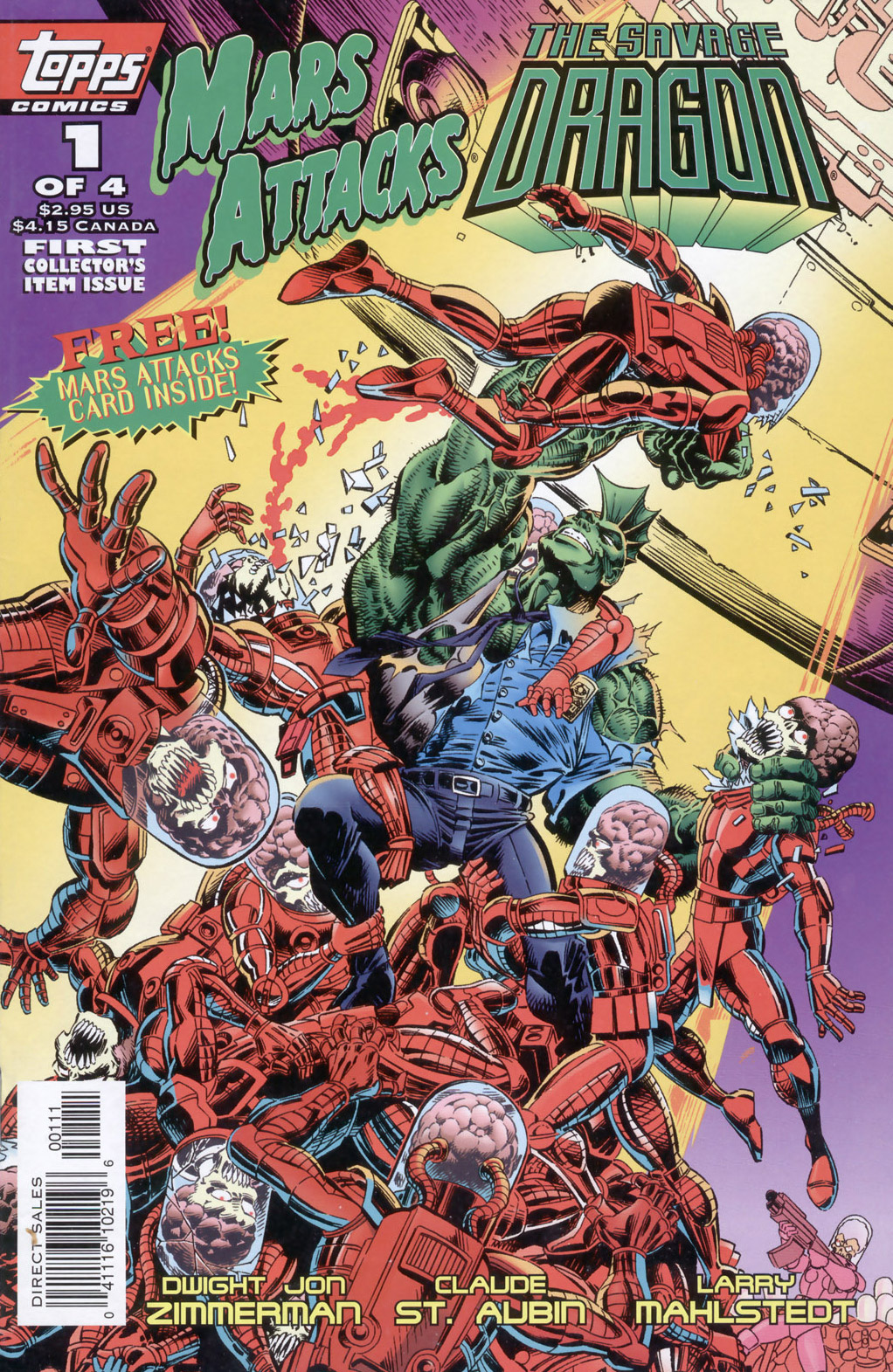 On Mars, a temporal portal opens and the Colleen Mackay of the first timeline where Mars attacked Earth arrives with her master. She kills her master’s counterpart for this world just before the invasion of Earth begins.

Earth suffers huge losses over the next few days and the city of Chicago only really has Dragon protecting it currently. Martians have been killed by the dozens but more swarm all over the city and Howard Niseman leads a SWAT team into battle. When the alien soldiers route their opponents, they move in to wipe them out, only to be killed themselves by the freak police officer.

Dragon is spotted by high-ranking officers who believe him to be Agent Draii-ghnn, a spy who was genetically-altered to serve on Earth and gather information, while retaining no memories of his past. The claims are dismissed by the hero, who battles through the army and forces a flying saucer to flee before being completely destroyed. Vanguard is then contacted to teleport his ally to Mars so that he can take the fight to the Martians, but the superpowered policeman is abducted from his friend’s vessel and is taken prisoner…