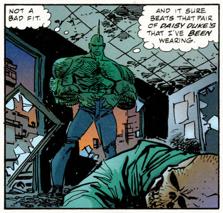 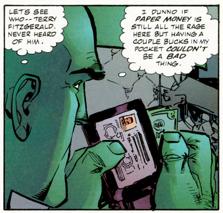 Shortly after Dragon found himself trapped in another reality, he came across a looted store. A skeleton was discovered underneath some shelves and his wallet revealed his name to have been Terry Fitzgerald. His clothing was taken by Dragon, an act that disturbed the hero.