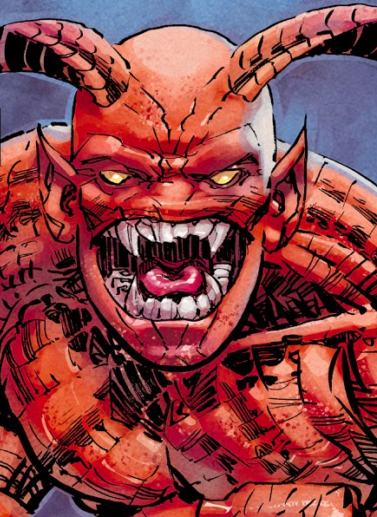 Demon King was the prince of the Demonoids who went on travels around the world.  When he returned to his lair he found everyone murdered and he now took on the role of King.  He attacked the surface and fought Malcolm, where Malcolm revealed that some Demonoid women were being kept at the zoo.  The Demon King attacked the zoo, freed the women and left.