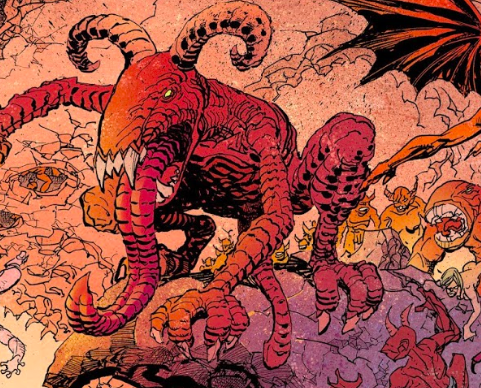 Basilisk is a high ranking member of the underground race of creatures called the Demonoids.  He was responsible for the attack on Toronto and he ends up raping and killing Maxine, who is later brought back life.  He dies after Malcolm tears off his genitals and punches a hole into his head.