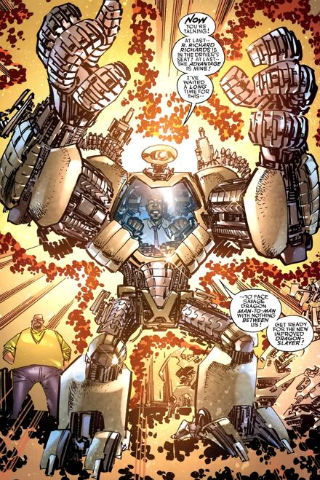 R. Richard Richards had renewed his campaign of hatred against Dragon, increasing this offensive after Dragon’s death and subsequent resurrection as Emperor Kurr. A new version of the Dragon-Slayer is created and this time Richards could pilot the robot, directly facing his hated foe in combat. Richards took the Dragon-Slayer to kill Kurr as he was targeting the Vicious Circle’s Dragon Army for extermination. Richards was blown up inside his weapon during this battle.