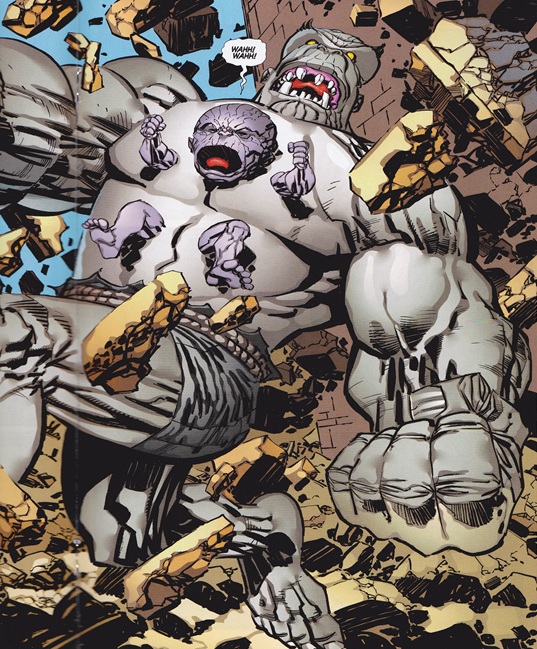 Tantrum is huge monster of a man who is seen going on a rampage destroying property and ending lives. Malcolm is called in by the police force to deal with him. Malcolm first kills the baby attached to Tantrum’s chest and then electrocutes Tantrum to death in order to prevent him from ever causing damage again.